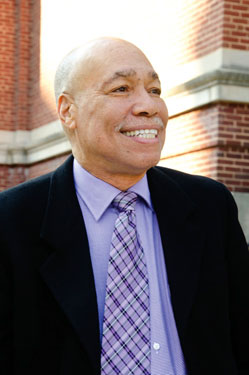 Longtime LGBT and Ward 8 activist Philip Pannell, a former assistant to former school board president Peggy Cooper Cafritz, is seeking an open seat in a July 15 special election for the Ward 8 slot on the D.C. State Board of Education.

Pannell, a fixture in city Democratic politics who recently won the April 1 primary for Alternate National Committeeman for the Democratic State Committee for the District of Columbia, has been endorsed by The Washington Post in his bid, which cited his “full-throated support for charter schools” and his work in starting a parent-teacher association at Ballou High School, in Southeast Washington in its endorsement. Pannell was also endorsed by the local civic organization Ward Eight Neighbors, earning a unanimous endorsement of its board.

Pannell faces Tierra Jolly, an alumna of Teach for America and educator who previously taught at Kramer Middle School in Ward 8 and currently teaches at Bishop McNamara High School in Prince George’s County. She has touted vocational education and emphasized the importance of teacher involvement in educational planning decisions. A third candidate, Darrell “Danny” Gaston, filed petitions to run but withdrew on June 25.

Pannell has run for the State Board of Education before, in 2011 and 2012, both times coming in second to Trayon White, the current Ward 8 member of the board who is stepping down to take a job with the Department of Parks and Recreation. Pannell also previously ran for U.S. Shadow Senator, both in 2006 and 2008, losing to the current incumbents, Michael D. Brown and Paul Strauss, in the primary.

If successful, Pannell would become the second out member of the State Board of Education, after Ward 2’s Jack Jacobson. A third out gay man could be elected this November in the regularly scheduled election for the Ward 1 seat, where David Do and Scott Simpson are running. They face opposition from local pastor and community activist E. Gail Anderson Holness and Lillian Perdomo, a former Council staffer for former Councilmember Sekou Biddle (D-At-Large).