“It’s time to send a message to these bigots. You want to come to other people’s funerals to promote hate? We’ll come to where you live to promote love!” 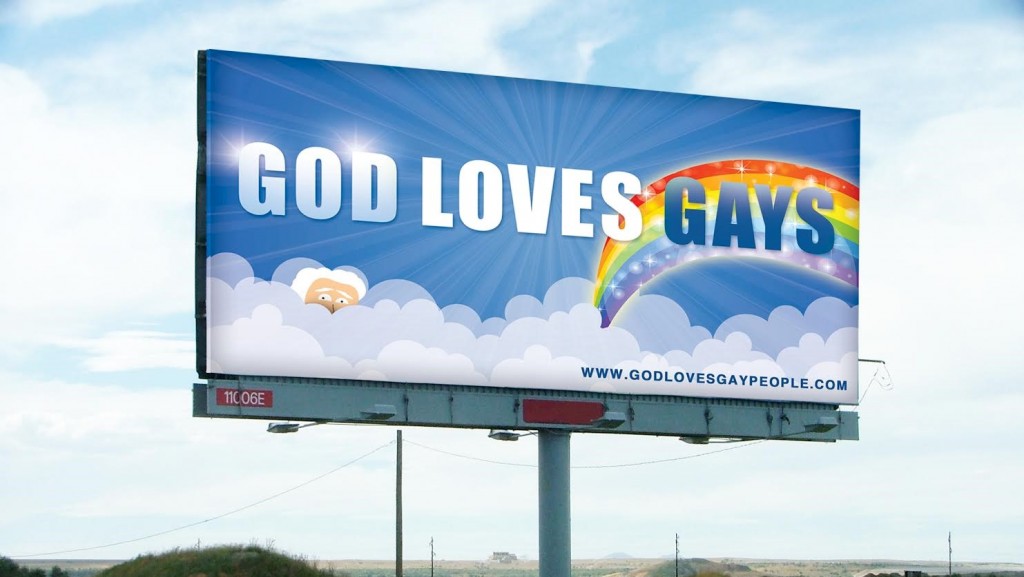 — The founders of the God Loves Gays billboard campaign, which has surpassed its funding goal on crowdfunding site Indiegogo. The campaign aims to erect a billboard stating “God Loves Gays” in Topeka, Kansas, hometown of the notoriously anti-gay Westboro Baptist Church, who picket funerals and events with signs stating “God hates fags.” With a target of $50,000, the campaign has reached its goal with 49 days left. Any additional money raised will be used to erect billboards in other states and to extend the lease on the Topeka billboard. The group’s founders announced on their satirical “God” Facebook page that they had contacted the billboard company and “extended the first billboard to stay up for the full year.”