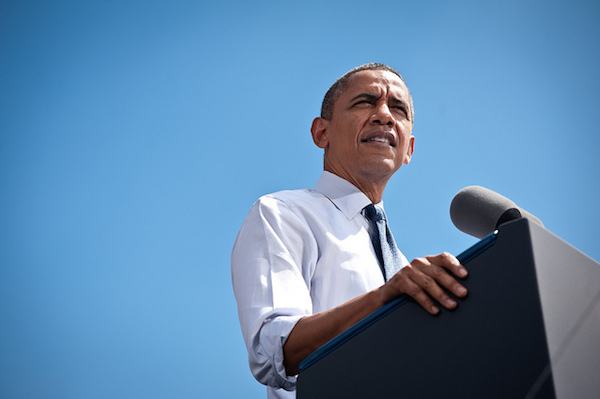 “I know that some of you have come from places where it requires courage, even defiance, to come out, sometimes at great personal risk,” Obama said during a video address delivered at the opening ceremony of the games in Cleveland. “You should know that the United States stands with you and for your human rights, just as our athletes stand with you on the field at these games. After all, the very idea of America is that no matter who you are, what you look like, where you come from, or who you love, you can make it if you try. That’s who we are, that’s who we should continually strive to be.”

The 2014 Gay Games in Cleveland and Akron, Ohio mark the 9th international gathering of LGBT athletes and run Aug. 9 through Aug. 16. The Gay Games have been held every four years since 1982.

The move marks the most prominent participation by a Republican Party affiliate with the Gay Games, according to Log Cabin Republicans. Cleveland is also slated to be the site of the 2016 Republican National Convention.

“Two years out from the 2016 RNC National Convention and all eyes are already on Cleveland,” said Gregory T. Angelo, executive director of Log Cabin Republicans, in a statement. “The level of engagement with the Gay Games displayed by the Republican Party of Cuyahoga County shows that Republicans in Ohio are serious about leaving no stone unturned in the push to broaden the appeal of the GOP. I commend Chairman Frost for his leadership, and Log Cabin Republicans of Ohio President Giesige for his tireless work that will send a message to the LGBT community in the Buckeye State and across the country: the GOP is open for business to everybody.”