Remasterful: The Last of Us Remastered (Review) 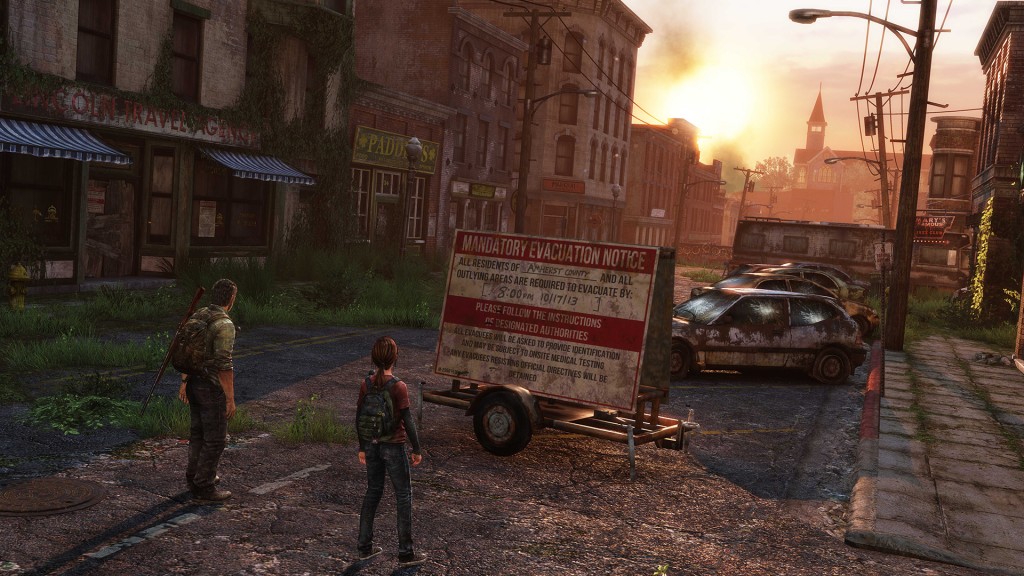 I need to get something off of my chest: I didn’t review The Last of Us on PS3. Yes, one of 2013’s biggest releases, a title crowned game of the year by countless organizations and media outlets, an experience given dozens of perfect or near-perfect reviews, one of the most lauded games of all time – and I refrained from turning my critical eye to it. What’s more, I didn’t even play it.

It’s shameful, I know, but let me explain: I’m a complete wuss. The mere notion of horror or anything remotely scary and I switch off and retreat to my happy place. Screenshots of horrifying monsters and dark, ruined hallways were enough to make me avoid The Last of Us like it was one of the game’s infected humans. Of course, when Sony announced a remastered edition for PS4, complete with improved visuals and sound and a wealth of extra content, I knew it was time that I manned up and jumped in. Thank goodness I did, because I can confirm what all those reviews told us a year ago for the original game: The Last of Us Remastered is incredible.

For those of you out there who, like me, didn’t play the PS3 version, or perhaps didn’t own Sony’s last-gen console but now have a shiny new PlayStation 4, The Last of Us Remastered (

) is an action-adventure survival horror game set in a world ravaged by a fungus known as Cordyceps. If you’re near a computer (or reading this on one) look up Cordyceps on YouTube and you’ll be treated to the sight of various insects, infected with a fungal spore, slowly maddening until mushrooms and tendrils start bursting from their tiny bodies. It’s as horrific as it sounds, and in The Last of Us, the fungus makes the jump to infecting humans. Initially, it plays out like every zombie movie you’ve ever seen – the infected person either inhales the spores or is bitten by another infected person, and they slowly succumb to it.

The first stage sends them into a “runner” craze, dashing about, screaming, trying to kill and eat anyone they come across. Next, when the fungus starts replacing living tissue and erupts from under the skin, comes the “clicker” stage. These mutated people are blind, instead finding prey by using a form of sonar, like bats, which makes a characteristic clicking sound. Once a person has been infected for a long period of time, one of two things will happen: they’ll either be completely consumed by the fungus and die, or survive a little longer to become a “bloater,” a person swollen and covered in crusty pieces of fungus like armor plating, ripping pieces of their own body off and throwing them like spore-filled grenades. Can you understand why I was so hesitant to play this game? 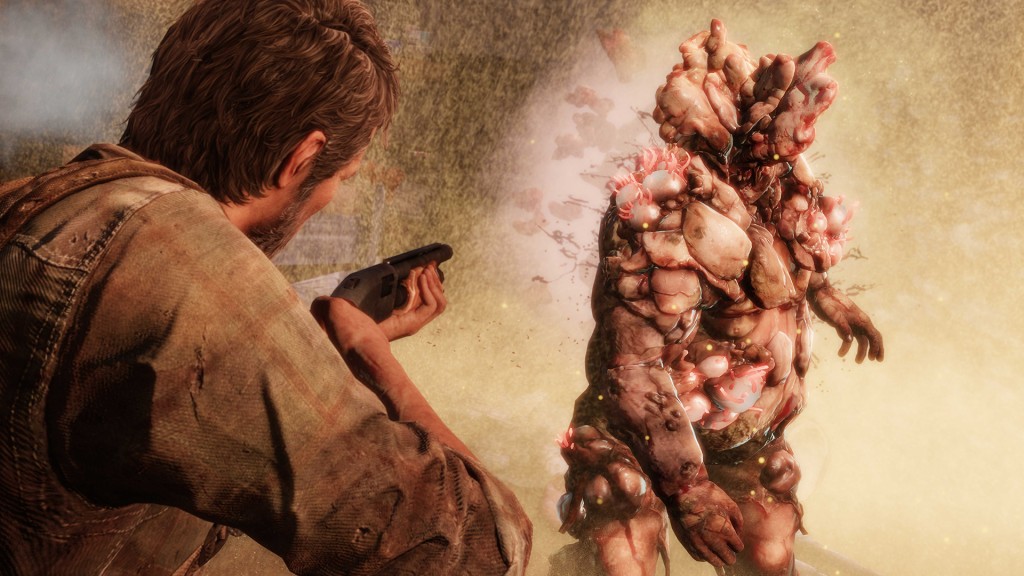 Don’t let any of that put you off, though, because what TLoU actually represents is an astonishingly beautiful dedication to character development and the exploration of humanity in chaos. We take full control of the game some twenty years after the initial outbreak, and the world has completely fallen apart. Society has been destroyed, with survivors quarantined in safe-zones in major cities, run by military police, or living in camps and settlements out in the wilds of former America. Our lead character, Joel, lost his teenage daughter during the outbreak of the fungus and finds himself twenty years later in the quarantine zone of Boston, forging an existence smuggling pills and other merchandise in exchange for ration cards. After a series of events he is entrusted with the safety of Ellie, a teenage girl who is somehow immune to the Cordyceps. Joel is given one task: take Ellie to the other side of the country where doctors will use her to find a cure.

The dynamic between surly, battle-weary Joel and hardened, worryingly mature Ellie is the driving force of the game. As you play through TLoU’s various settings, their relationship grows from one of awkward exchanges and mutual resentment to that of father and daughter, both relying on and caring for one another. Their dialogue as they roam the ruins of the United States, from decaying cities to overgrown towns and industrial complexes, is testament to the efforts of the games creators. Little exchanges showcasing the difference and relationship between the two are sprinkled throughout, and make a potentially depressing campaign something full of emotion and depth.

Rhuaridh Marr is Metro Weekly's managing editor. He can be reached at rmarr@metroweekly.com.
← Previous Story You need to play “Coming Out Simulator 2014”
Next Story → Bioware producer: gender and sexuality in games shouldn’t be an issue