Apple is frequently perceived as top dog when it comes to smartphones. The iPhone, when it launched seven years ago, came to define our interpretation of a handheld, touchscreen device. Apple took concepts and ideas that already existed and combined them with fresh design into one beautifully packaged device. Say “smartphone” to someone, and chances are their first thought will be the iPhone.

Google, quite rightly, would challenge that perception. The iPhone is undeniably popular — in America, it currently ranks as the favored device among smartphone subscribers, with 42 percent of those signing up to a carrier choosing an Apple device. On the global stage, a study for Asymco found that Apple takes about 60 percent of total profits across the entire smartphone market — not bad, considering only 12 percent of the global market actually belongs to the iPhone. 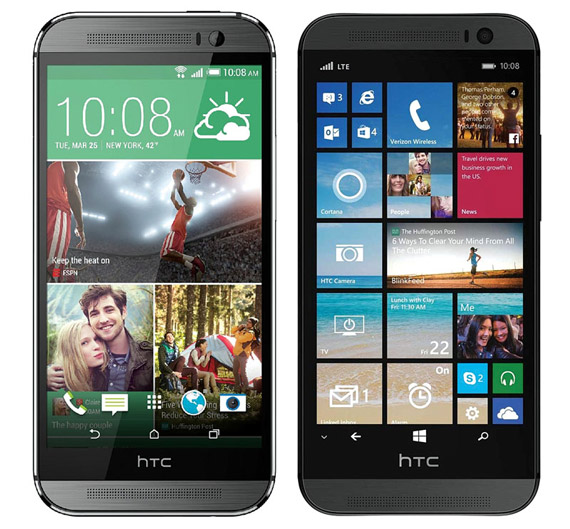 Yes, twelve. Apple cannibalizes profits and the iPhone is very popular in certain countries, but Android has utterly dominated global market share for the past four years. As of the second quarter of 2014, IDC estimates that Google’s Android OS holds 85 percent of the market. If you need that quantified into a set value, as of March, Apple has sold a total of 500 million iPhones. That’s undoubtedly impressive for a single manufacturer with a product that’s been available for less than a decade. When you consider total Android shipments, however, it’s a mere drop in a very large ocean. In just one quarter, over 255 million Android devices were shipped. In 2013, Samsung shipped 300 million smartphones globally — sixty percent of Apple’s total lifetime sales for the iPhone.

Google dominates in every country it’s available in, with Android handsets starting at under $100 and running to prices that match or exceed the iPhone. Hundreds of Android devices launch each year, compared with one or two iPhones. The smartphone market is Google’s now, and it’s not something they’ll relinquish any time soon.

Unfortunately, when two smartphone operating systems command almost 90 percent of the market, it makes it difficult for anyone else to thrive — something that’s becoming painfully apparent to Microsoft, the world’s largest technology firm. Windows Phone, Microsoft’s attempt at offering its own smartphone ecosystem, is having its obituary written across the Internet as numerous tech and financial sites write it off as dead in the water. Windows Phone accounts for a mere two-and-a-half percent of the global market, and only 3 percent of American subscribers are choosing a Windows device from their carrier.

With so much negativity surrounding Windows Phone, it’d be easy — as most consumers are doing — to write it off and buy an iPhone or Galaxy S5. The only problem is that, underneath all of the bad press and financial warnings, Microsoft’s phone has an incredibly solid operating system. Windows Phone 8.1, the latest version, has finally caught up with its rivals, offering a beautiful, fast experience coupled with most or all of the features consumers have come to expect. The app gap, a problem that has plagued Windows Phone since launch four years ago, continues to shrink, with many of the most popular apps now available. After years of trying to switch to Windows Phone and always ending up back at Android, I finally made the jump to a Nokia Lumia 1520 and, six months later and with Windows Phone 8.1 installed, I’m not as desperate to return to Google’s warm, robotic bosom as I have been in the past.

The 1520 is the kind of device Windows Phone needed, with its six-inch screen, powerful internals and bold colors. It’s a flagship device to prove Windows Phone could stand beside Android and the iPhone. The Lumia 1020 is similar, offering the same great build and bright casings, with an incredibly powerful 41MP camera on the back. Unfortunately, they’re both a year old now, and neither has set the world on fire. My yellow Lumia draws frequent comments from people, asking what it is and what it runs, and I’m happy to recommend Windows Phone as an operating system to them. The only issue? There isn’t a single device available I’d suggest they look into.

Microsoft has found some success at the low end of the market, where bargain Nokia handsets can be had for under $100. It’s the area in which Android has enjoyed its explosion in market share — almost sixty percent of Android smartphones sold cost less than $200. Cheap, reliable smartphones are du jour in developing countries, for smartphone beginners, or for those who don’t want to pay for an expensive device. What Windows Phone doesn’t have, though, is a halo device. The iPhone is a status symbol: it conveys wealth, or, more commonly, a desire to be perceived as wealthy. For those who shun the iPhone for its small size or restrictive operating system, Samsung’s Galaxy S5, LG’s G3 and HTC’s One M8 offer an alternative that can equal or better the iPhone in power, specification and design. Windows Phone doesn’t have anything to compete here — the latest flagship, the Lumia 930, rehashes the design of the Lumia Icon, which came out last year, which in technology terms makes it practically Neolithic.

If Microsoft wants to make a splash, they need to convince smartphone makers to produce devices that can stand beside Android and the iPhone. Nokia makes great smartphones, but their insistence on colorful designs can leave them looking a little garish next to sleek, metallic competitors. Windows Phone needs a gorgeous design that business professionals can pull out at a meeting without feeling shame from their iPhone- and Android-toting colleagues.

Perhaps, then, the solution is to simply put Windows Phone inside an Android device? With the 8.1 update, Windows Phone now works with any hardware commonly used inside Android smartphones, making it easier for manufacturers to copy components over to a subsequent Windows handset — and that’s exactly what HTC has done. Critics lauded the Android-powered One M8 for its gorgeous aluminum and glass build — many claimed it bettered the iPhone, which is high praise indeed. Similar praise was heaped on its screen, camera and powerful internals. HTC had a winning design on their hands, so what better way to ensure a great Windows device than to simply copy and paste — as a result, launching this week on Verizon, we have the HTC One M8 for Windows.

No, they won’t win any awards for nomenclature, but HTC’s decision-making here is sound. The One M8 is a great device, only now customers have a choice between Android and Windows Phone. Anyone considering choosing the latter but who preferred the high quality build and great specs of the original M8 no longer needs to compromise. That’s great for consumers, offering more choice, and it’s great for Windows Phone, as Microsoft now has a beautiful device it can put in its stores to rival those on display across the mall at the Apple store.

Of course, Nokia is hard at work on their next generation of flagships, and the fact that the One M8 for Windows is locked to Verizon will shut out many potential buyers, but it’s a step in the right direction. If Microsoft can convince more Android manufacturers to put Windows Phone inside their next flagship and sell it alongside their Android devices, that’s only going to better the choice consumers face when it’s time to upgrade.

Windows Phone is struggling, for sure, but Microsoft’s biggest problem is mindshare. Consumers simply don’t know enough about the platform to want to make the switch. Using recycled Android designs may not be the most glamorous way to go about it, but if it helps consumers see that Windows Phone doesn’t have to mean downgrading, then it’s a step in the right direction for a platform that really doesn’t deserve to fail, especially if the result of that would be a market with just two competing operating systems. Our government has just two options for voters, and we all know how well that’s working out.

Rhuaridh Marr is Metro Weekly's managing editor. He can be reached at rmarr@metroweekly.com.
← Previous Story Bigger is Better
Next Story → Survey Says: Top things people want in the iPhone 6