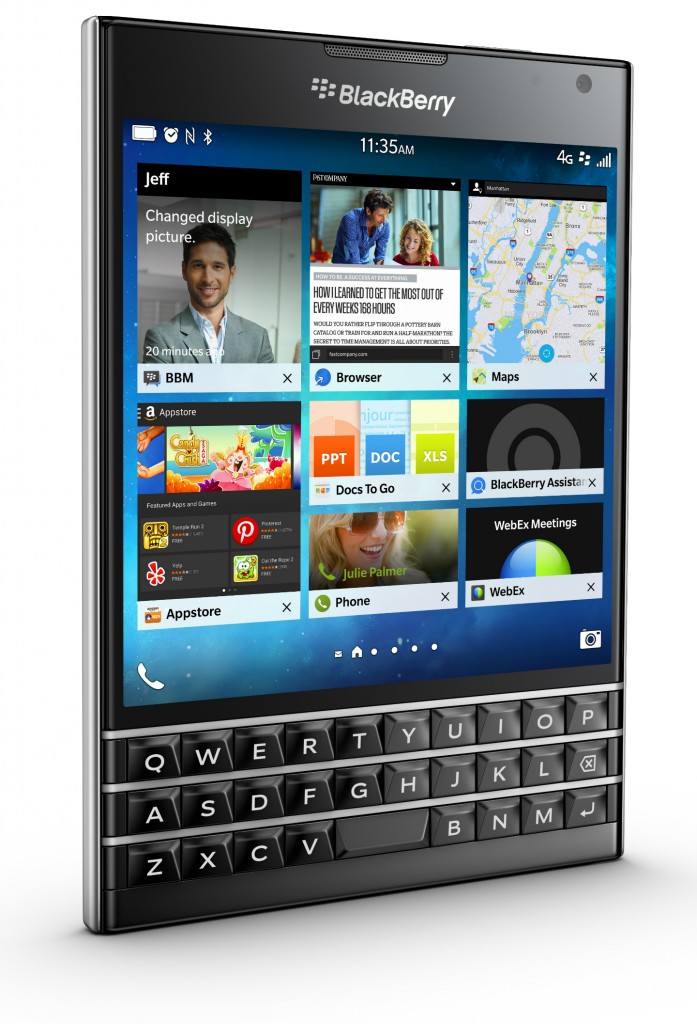 This week, BlackBerry launched its newest smartphone, the Passport. Marking something of a comeback for the beleaguered Canadian firm, the Passport is intended to offer a unique, interesting alternative to the iPhones and Galaxy devices currently ensconced in most users’ hands. It will also appeal to users who reminisce about their hardy, trustworthy BlackBerry cellphones from yesteryear, while giving the company a much-needed place in the limelight at a time when so much of the media’s attention is focused its now-distant competitors.

BlackBerry needs the square, $600, keyboard-toting Passport to be a success, especially given the current state of the company’s bottom line. If it fails, there’s little to suggest that the company formerly known as RIM can continue in the flagship smartphone business for much longer.

The device itself is certainly an intriguing piece of technology. Standing in stark contrast to its tall, slender competitors, the Passport sports a square display measuring 4.5 inches and boasting an impressive 1440×1440 resolution. That’s a pixel density of 453 pixels-per-inch. On a BlackBerry. Coating the display is Corning’s tough Gorilla Glass 3, while the exterior of the Passport eschews the cheap plastic of some of BlackBerry’s other products and dresses itself in smart business attire.

Inside, you’ll find a smattering of LTE bands to cover most major networks, 32GB of storage — expandable by microSD card — and plenty of power with its 2.26GHz Snapdragon 800 quad-core processor, though the 800 is far from the freshest chip on the market. The Passport should last through a full day at the office, too, with a large 3,450mAh battery, putting it on par with other long-lasting smartphones like Nokia’s Lumia 1520 and Samsung’s Galaxy Note series. Imaging is also greatly improved, with a 13MP, optically-stabilized camera and a 2MP front-facer for the all-important selfies you’ll be snapping.

There’s a very clear market for the Passport, and it’s one BlackBerry has long neglected with its consumer-focused fare of late — all of which has failed to catch the interest of either customers or carriers. Once the cornerstone of every business professional’s daily arsenal, BlackBerry has long since lost its crown to the iPhone and flagship Android devices, but the Passport aims to right that ship. Its square screen and big QWERTY keyboard, stretched over three rows as opposed to BlackBerry’s traditional four to better mimic a normal computer keyboard, are aimed at those who spend their days responding to emails and working from their phones. That large screen is perfect for scrolling through documents and web-pages, apparently, while the dedicated keys make typing long replies or editing text a cinch. BlackBerry is shifting its focus from trying to appeal to consumers entrenched in one smartphone ecosystem, instead aiming to coax business users, government departments and industrial firms over to the Canadian company’s wares. Security, reliability, ease-of-use and the aforementioned keyboard and screen should make the Passport very appealing in this market. 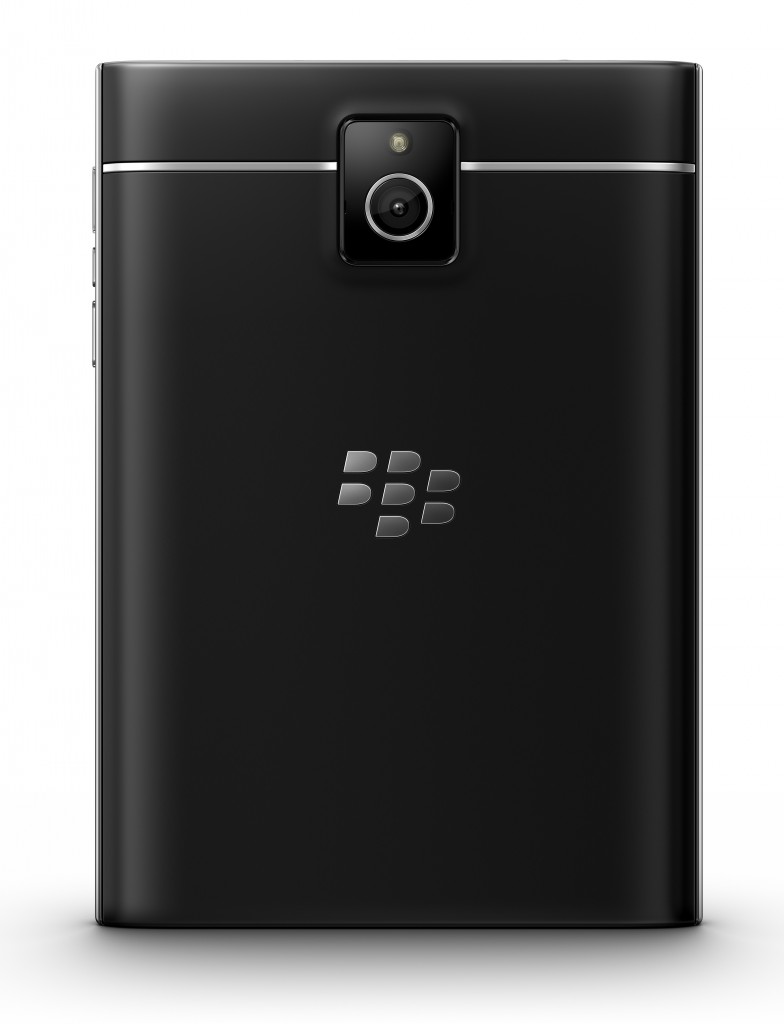 Of course, there’s the issue of the Passport’s size. They maintain that the Passport is intended to be used with two hands, and as such the size should be perfectly manageable, but that precludes a variety of situations in which users will take out their smartphone to do something that isn’t work-related. Even CEOs like to scroll through cat pictures on Tumblr. The Passport measures 5 inches by 3.5 inches by 0.37 inches. That’s almost an inch wider than an iPhone 6, half an inch wider than Samsung’s Galaxy Note 4 and again almost an inch wider than the BlackBerry Q10, the company’s current keyboard-sporting flagship. Having a Passport in your pocket will offer a similar bulge to, well, having a standard passport in your pocket. If you own a passport, and only a third of Americans do, and you can fit it in your pocket or bag with minimum fuss, you’ll be fine with the Passport (confusing, isn’t it?).

Should you consider buying one? Hard to say. BlackBerry’s OS is fluid and works well, standing up to iOS, Android, and Windows Phone in terms of features. However, it lacks the app catalogue and accessory support of those ecosystems, though if you’re buying one for work, perhaps getting your fix of The Simpsons: Tapped Out isn’t a top priority. Standard inclusions such as Spotify and WhatsApp are present, however, while Amazon’s App Store is baked in to the OS, which will let users install a variety of Android apps to the device — but, again, it lacks essential apps such as Instagram. Side-loading Android apps is also supported, but it’s hardly the most convenient way to get the apps you might miss should you come over from Android or Apple.

If you can handle the size and the OS, there’s only one other consideration — the price. At $599, the Passport is only $50 less than an iPhone 6, which comes with a 4.7-inch screen, the support of Apple’s ecosystem and a host of apps designed to help business users get the most from their device at work. BlackBerry’s CEO, John Chen, told the Wall Street Journal that the Passport “should cost $700,” but in order to “get the market interested, we’re going to start a little lower than that.”

The Passport is available contract-free from BlackBerry and Amazon, but both stores have already sold out. There has been zero confirmation from any of the major carriers as to whether they’ll carry the Passport. It supports LTE bands for AT&T and T-Mobile, though BlackBerry broke ties with the latter after the magenta network offered special deals to subscribers who traded in their BlackBerry devices for an iPhone. CDMA support hasn’t been announced, but both Sprint and Verizon have carried BlackBerry devices in the past, so it’s not unthinkable that either carrier could ask for a special version to sell.

With BlackBerry barely ticking over as a company — it managed a meager profit in its fiscal first quarter this year, but posted a drop in revenue of 69 percent from the same quarter last year — the Passport feels like a last-gasp from a company on the brink. Still, as a last gasp it’s a pretty powerful one. It’s daring, different, and specifically targeted at a market that should be able to take advantage of its features. Around the world, BlackBerry smartphones account for less than one percent of devices sold — Windows Phone is a constant punching bag for the media when it comes to market share, but in March of this year BlackBerry slipped below Microsoft’s OS in and now sits at just over two percent share in the United States as of May this year. That’s a steep drop from 40 percent in the distant days of ‘09. BlackBerry needs the Passport to succeed — even slightly — in order to continue the good work carried out by Chen in restructuring the company into a leaner, less consumer-focused beast. We’ll have a full review of the Passport once we receive our unit from Blackberry, but for the sake of competition — and maintaining one of Canada’s most prominent companies — here’s hoping it succeeds. 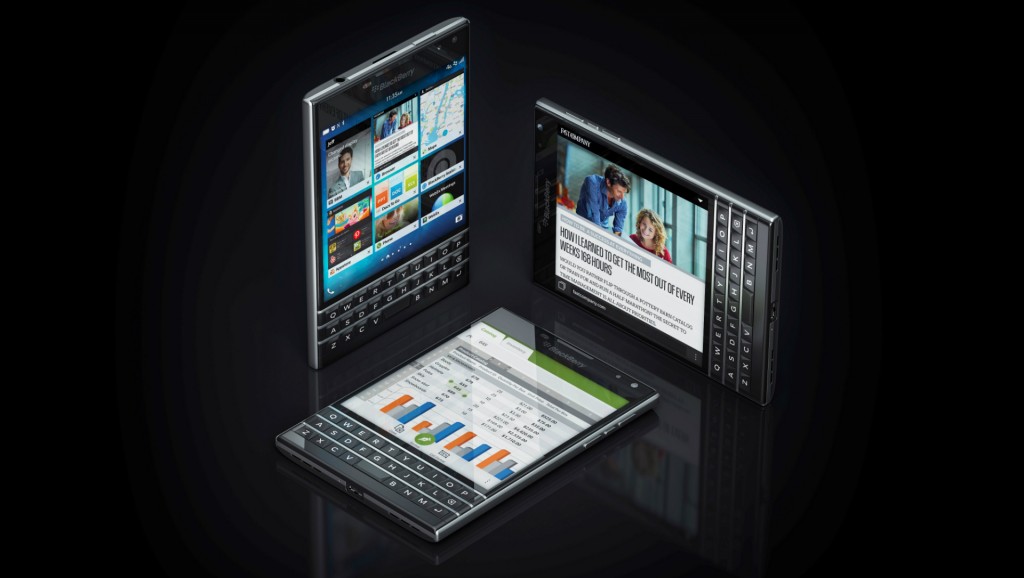