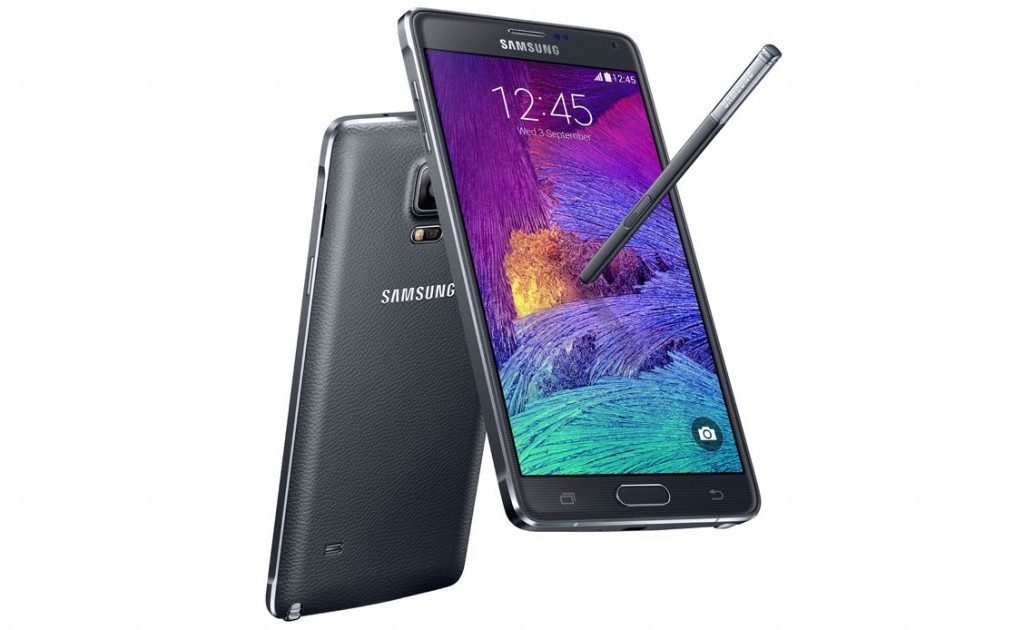 If there’s one thing Samsung is known for — besides completely dominating Android sales, “borrowing” design elements from Apple’s earlier iPhones and otherwise offering a staggering array of consumer products across every category — it’s the company’s love of plastic. As other smartphone manufacturers have turned to glass, glass fibre, aluminum and other materials to give their devices a more premium feel, Samsung has resolutely stuck to churning out devices wrapped in hard plastic. Unlike Nokia, who turned polycarbonate plastic into something premium, with its bright, soft-touch Lumia smartphones, Samsung instead tried to ape the effect of more expensive materials, giving its plastic phones fake metal brushing or, in the case of last year’s Note 3 smartphone, a fake leather back complete with fake stitching.

Given the price of Samsung’s flagship models, the quality of its materials has been a constant bugbear for reviewers and users alike. Now, though, it seems that the message is finally getting through — certainly, today’s announcement of the Galaxy Note 4 was a huge step in the right direction.

The Note line of smartphones have been a resounding success for Samsung. Ridiculed by naysayers when it launched three years ago, the original Note, with its 5.3-inch screen and built-in stylus, found success with users who loved its big display and powerful internals. It kickstarted the idea of “phablets,” smartphones so large they could replace smaller tablets like the Nexus 7 or iPad mini. Indeed, as the Galaxy S line slides further into mediocrity — this year’s S5 was a weak update, to say the least — the Note is the truest flagship device in Samsung’s vast stable of smartphones. I’ve liked the Note so much that I’ve owned all three of the previous iterations — only replacing the Note 3 with the even larger Nokia Lumia 1520. 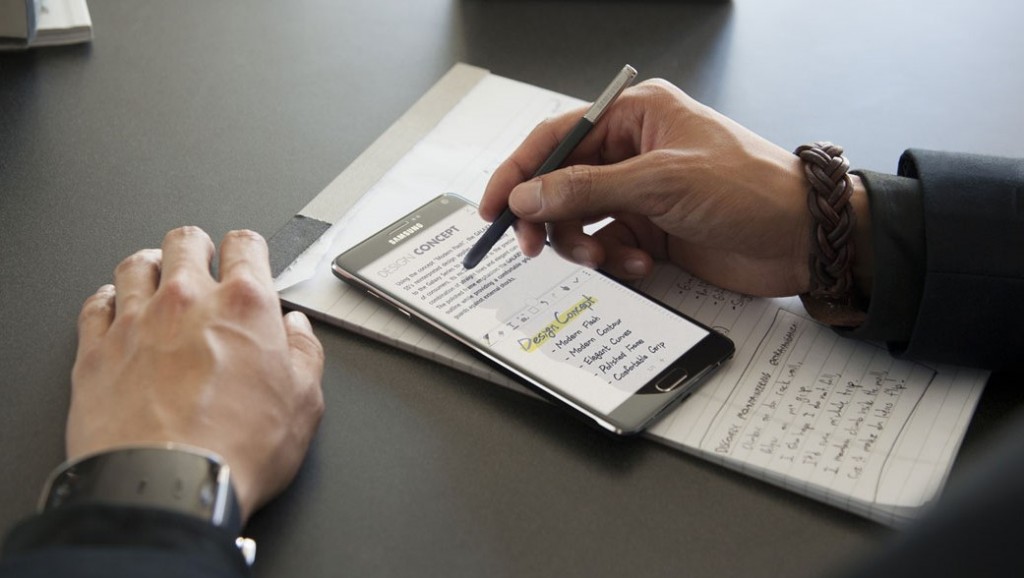 What, then, has Samsung changed for the Note’s fourth outing? Quite a lot, actually. For starters, it finally has an exterior more befitting its price. The overall shape isn’t a drastic departure from last year, but Samsung has ditched some of the tackier elements. The plastic, chrome-effect band that wrapped around the Note 3 is gone and in its place comes proper aluminum. Yes, friends, Samsung’s designers have given up on their fixation with using plastic to ape other materials. Well, almost. While the real metal gives the phone a solidity in the hand, around back is the same removable, polycarbonate cover found on many other Samsung phones — and it’s once again soft-touch, fake leather. At least this time, Samsung has dropped the terrible fake stitching. The premium elements don’t stop there. There are chamfered edges, straight off of last year’s HTC One and iPhone, and the glass display is raised slightly, with curved edges, to add another tactile element while holding the device. 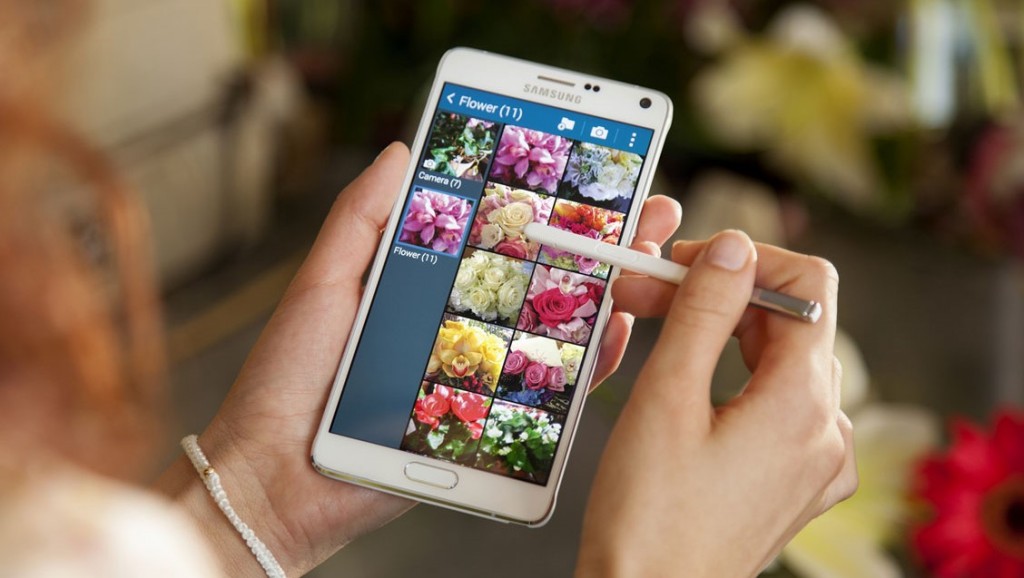 Samsung has boosted the Note’s camera to match the S5’s 16 megapixel sensor, which features “Smart Optical Image Stabilization” to reduce hand shakes. The front camera hasn’t been spared, either, and is a sad reflection on our addiction to selfies, with Samsung dropping a 3.7 megapixel sensor above the screen. It promises better low-light abilities and a wide 90-degree shooting angle, which can be artificially boosted to 120-degrees by using a panorama mode to snap three photos and stitch them together. Whipping your Note 4 out at a concert to record it will be even better now, as Samsung has included three microphones to isolate noise and concentrate on the desired audio to be captured. Tucked underneath the camera is the flash, Samsung’s heartrate sensor and a UV light sensor. 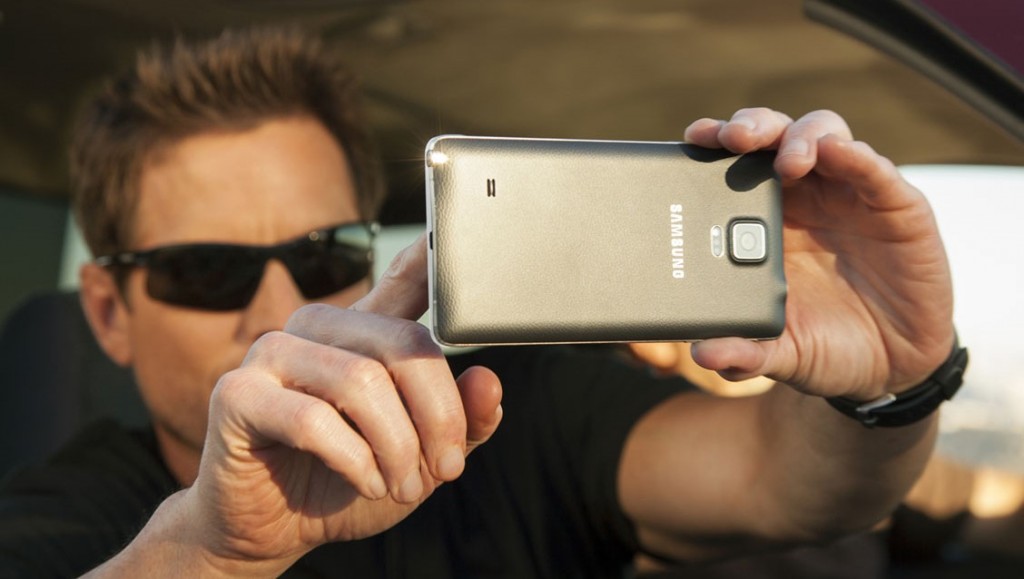 While I personally rarely use the Note’s S Pen, Samsung maintains that it’s a key part of the Note’s functionality. As such, they’ve upgraded it with twice the sensitivity of last year’s, which should make drawing and writing more accurate from all angles. On top of Android 4.4 KitKat, Samsung has added a variety of new modes. Snap Note lets users take a photo of a note or sign, which the Note will then convert into a digital note that can be edited and altered at will. Smart Select utilizes the pen to enable selecting multiple items at once, such as images in the gallery or a paragraph in an email, without the need to long-press and highlight the desired items. Samsung’s multi-window display, which lets users pin two apps on top of one another — such as YouTube in the top half of the screen and an email at the bottom — has been improved. When a user is in an app, they can drag down to the center of the display to minimize the app, resize it or open it as a multi-window app.

The Note 4 isn’t going to rock any boats, but it’s a decidedly thorough and welcome upgrade over last year’s model. Given all of the new technology Samsung has crammed in, as well as the revolutionary (for Samsung, anyway) metal trim and attention to design details, it has only grown slightly wider, taller and heavier over the phone it replaces. Of course, most people will be waiting to see what Cupertino has to show tomorrow, when the iPhone 6 is expected to make its début in a larger size, but for Android fans or those who appreciate the bleeding edge in smartphone technology, the Note 4 will be a worthy upgrade when it launches this October. Expect to pick it up in either, gold, white or pink at every major carrier. 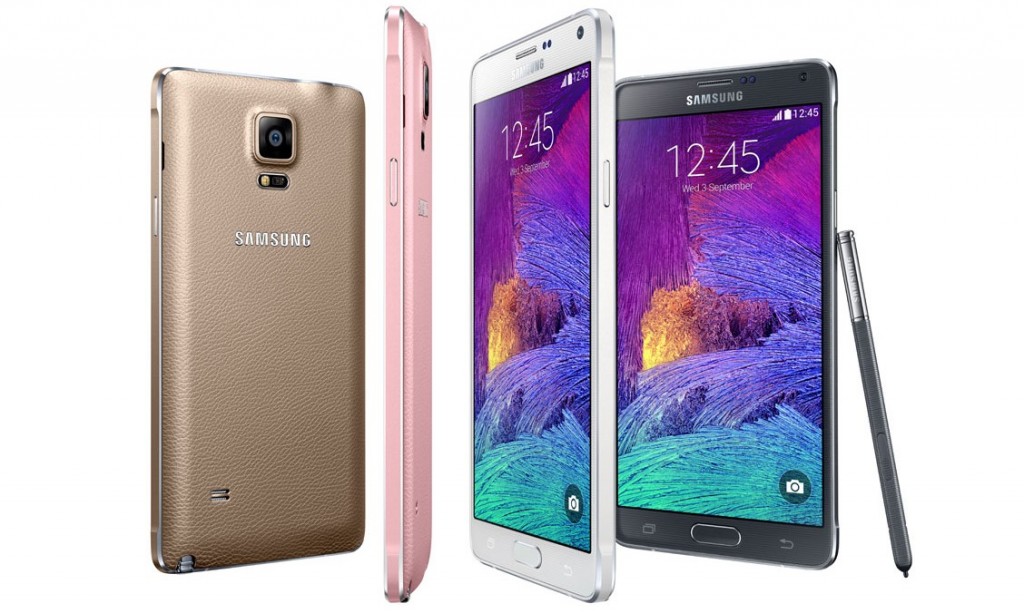 Rhuaridh Marr is Metro Weekly's online editor. He can be reached at rmarr@metroweekly.com.
← Previous Story Survey Says: Top things people want in the iPhone 6
Next Story → Apple’s Orchard: the iPhone 6 and Apple Watch