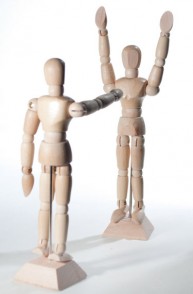 Another year, another weak offering for new shows. Seriously, don’t expect much from the fall lineup as there are only a handful that could be considered worthy of your time. And even in that group, it will be a case of DVR-ing most of them to watch later. Once again, it’s comedies that lead the pack in terms of sheer awfulness, although there aren’t as many glaringly offensive offerings as there were last year. Instead, network executives are clearly loving the color beige, as most of the new comedies seem “meh” or “it’s alright” at best. That being said, there are a couple of standouts, so jump in and see if any of the freshman shows can tempt you away from Big Bang Theory repeats and episodes of The Good Wife you’ve yet to catch up on.

Red Band Society (FOX) — Have you seen The Breakfast Club? If so, you’re pretty well-established for the premise of FOX’s newest comedy-drama. Set in the pediatric ward of a hospital where children and teenagers with various life-threatening illnesses live, the show is narrated by a boy in a coma and stars Oscar-winner Octavia Spencer as one of the nurses tasked with looking after the kids and helping them navigate adolescence with their conditions. It sounds a little schmaltzy, but it could well tug more than a few heartstrings should it escape the heavy-hand of early cancellation. Premieres Wednesday, Sep. 17 at 9/8c.

The Mysteries of Laura (NBC) — Debra Messing is back on TV! It’s just a shame it’s in this confused procedural. Messing plays a single mom who struggles to find a balance between her sons and her detective work — and that uneasiness plays out across the pilot. The show isn’t sure if it wants to be funny or serious, with Messing forced to waver constantly between the two. It may get better as things go on, but you’ll have checked out by then. Premieres Wednesday, Sep. 17 at 10/9c.

Madam Secretary (CBS) — If you watch the opening episode of Madam Secretary and feel as if you’ve seen something similar, you may be remembering ABC’s 2005 drama Commander in Chief. Both shows have similar premises: a woman on the outside of Washington politics thrust into its core, preceded by the deaths of the officials who sat in the offices they have taken over, neither expected to do well but both overcoming the odds to prove their worth at the job. Hopefully Téa Leoni will succeed where Geena Davis failed, and take her role as Secretary of State beyond its freshman season. Premieres Sunday, Sep. 21 at 8/7c.

Gotham (FOX) — What’s the best part of Batman? If you answered “Watching him grow up, slowly, over several seasons, while the police try and fail to deal with Gotham’s influx of criminal masterminds” then FOX has a show for you! Seriously, though, while I can understand the logic of Gotham, focusing on a young Commissioner Gordon when he worked the regular beat as a cop, and the intrigue of watching Batman’s nemeses grow and mature into the villains we know they’ll become, we also know that Gordon will not succeed until Bruce Wayne has fully matured and learned how to fight back. Given he joins the series right after his parents’ murder, we’re going to have many series where there’s a lot of crime-fighting but no real successes. I’m not sure how long viewers will stick around for that. Premieres – Monday, Sep. 22 at 8/7c.

Scorpion (CBS) — There have been several shows in recent years that have tried to introduce the idea of a genius to the well-trodden path of the procedural drama — few have done it with as much bombast as Scorpion. The pilot starts slow as it fleshes out its main characters — four genius-intellect individuals recruited to work for Homeland Security and the waitress who ends up with them (think The Big Bang Theory but more dramatic) — but towards its latter half, it kicks things up a notch into an explosive, fast-paced bout of thrills. There’s no way CBS can sustain such an entertaining pilot each week, and the characters as they stand aren’t strong enough to carry the show without the action, but there’s the premise for a decently enjoyable show. Plus, Katherine McPhee is back on our screens, and that’s never a bad thing. Premieres Monday, Sep. 22 at 9/8c.

Forever (ABC) — What if I told you that there was a show where, potentially multiple times an episode, you’d get to see Ioan Gruffudd naked? Sounds too good to be true, right? Sadly, it is. That’s not to say that you won’t get to see Gruffudd completely stripped down, it’s just that everything around that is very milquetoast. Gruffudd stars as a man who can’t die — whenever he is “killed,” he simply regenerates in the nearest body of water. Working as a medical examiner, he is a paired with a police officer (Alana De La Garza) and uses his proximity to death to study his own immortality. An inoffensive hour of television that will thrive on Gruffudd’s affable charm. Well, that and his nudity. Premieres Monday, Sep. 22 at 10/9c.

NCIS: New Orleans (CBS) — In what I assume must be its 400th season, mega-hit NCIS produces yet another spin-off to stretch its total viewership to pretty much every living organism on the planet. You know what to expect, you likely don’t care, and you’ll probably watch it anyway. Premieres Tuesday, Sep. 23 at 9/8c.

Black-ish (ABC) — At a time when the major networks are seemingly leaving African-American led sitcoms to TBS and BET, ABC steps up to the plate and offers Black-ish. Its central conceit? An upper-middle class family whose father starts to worry that his children are losing touch with their culture. Unfortunately, it squanders some of the opportunities it has to make valid, albeit humorous, comments on race in today’s society, something sorely missing from network television at the moment. Hopefully things will smooth out over subsequent episodes — certainly, having Modern Family as its lead-in will not only offer a nice dichotomy but also a healthy viewership to give Black-ish the support it deserves. Premieres Wednesday, Sep. 24 at 9/8c.

How to Get Away With Murder (ABC) — Shonda Rhimes. Viola Davis. A plot that promises Scandal with all the dials turned up to “OMG!?!” Davis stars as a law school professor offering spots at her firm to the best students in her class. We follow the students as they learn the ins and outs of criminal law — culminating in a murder that forces them to work together to ensure they don’t get caught. ABC is teasing it as TV’s newest obsession, and with Davis at the helm, we can’t wait to get stuck into HTGAWM (awful acronym, we know) each week. Premieres Thursday, Sep. 25 at 10/9c.

Selfie (ABC) — I want to hate this so much. A series titled after a stupid phenomenon that is now even in the bastion of the English langue, the Oxford Dictionary. Yes, selfies are a thing, but titling a sitcom after them? That’s just wrong. Even worse, the plot is loosely based on Pygmalion, with the main character named Eliza Dooley (Karen Gillan, masking her Scottish accent with a generic American one). Dooley is “insta-famous,” a term that makes me want to punch something, and lives her life through social media. She’s completely image obsessed and a generally revolting person. When she finally realizes this, she hires a brand consultant (John Cho, who only gets better with age) to make her into a likable human being. I wanted it to be awful, I wanted it to get cancelled… and yet, the mix of Gillan and Cho is so charming, their chemistry so enjoyable that I’m willing to give Selfie a chance. If ABC can shape it into a decent half hour, it could be worthy of a spot on the DVR. That name, though, is going to date faster than Cougar Town. Premieres Tuesday, Sep. 30 at 8/7c.

Manhattan Love Story (ABC) — Rather than bother with snappy dialogue or acting out emotions and scenarios on screen, Manhattan Love Story instead relegates most of its script to voiceover. Yes, voiceover, because what could be better in this rom-com than constantly hearing what our protagonists are thinking? Especially when it’s insightful tidbits like Midwest transplant Dana’s love for purses or the fact that Peter is an insufferable dick who’s only interested in staring at a woman’s breasts. If this doesn’t get cancelled, I’ll be genuinely surprised. Premieres Tuesday, Sep. 30 at 8:30/7:30c.

Happyland (MTV) — If you’ve ever wondered what goes on behind the scenes at theme parks such as Disney World, MTV’s Happyland should offer a bite-size, teen-oriented, overly dramatic idea of what it’s like. The central character here is Lucy, who grew up in the park with a mother who plays one of the princesses, but who dreams of leaving the park to experience the real world. Of course, because it’s MTV, a handsome boy enters the mix and she’s swept off her feet. Watch the first episode for the amusing twist at the end, then go find something better to do with your time other than watch MTV. Premieres Tuesday, Sep. 30 at 11/10c.

Stalker (CBS) — CBS loves a police procedural. Seemingly, the more murders and subsequent investigations the network can cram into its schedule, the better. Enter, then, Stalker, which on first glimpse sounds like another win for CBS’s viewers. Dylan McDermott and Maggie Q star as officers working for a division of the LAPD that deals with — you guessed it — stalkers. So far, so intriguing, except Stalker has drawn a lot of criticism for its pilot episode. Whereas CBS’s viewers are fine with Criminal Minds and CSI et al, where the levels of violence are relatively tame, Stalker’s pilot sees a woman chased, coated in gasoline, trapped in her car and set on fire. There are scares in car parks, secret hiding spots inside houses, threats around every corner. I’m not sure if viewers will stick with the constant onslaught of scares and tension every week. Heck, I’m not sure they’ll want to leave the house ever again with the level of fear in other humans Stalker is instilling. Then again, that means they’ll have more time to watch programming on CBS, so maybe it’s what the network intended all along. Premieres Wednesday, Oct. 1 at 10/9c.