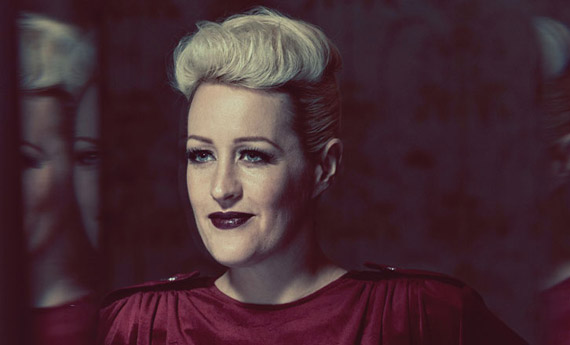 “She seems to laugh when she hears Aretha Franklin,” Alice Russell says about her nearly six-month-old baby, Agnes. “She’s digging that already.”

Russell, you might say, is weaning her daughter in much the way she was — on old recordings of the Queen of Soul. (Emphasis on old: Franklin’s new material, such as her overly produced cover of Adele’s “Rolling In The Deep,” leaves this lifelong fan “a little bit perplexed.”)

Of course, Agnes is also being weaned, at least by osmosis, on her mother’s music. Last year, the 39-year-old British soul singer released To Dust, a strong collection of modern soul-fired pop/R&B jams that fans of Franklin and other soul greats, new and old, would love. “Adele, watch your back,” the well-regarded critic Will Hermes wrote in his glowing Rolling Stone review. But as superb as it is, the record’s got nothing on Russell’s live shows — particularly those in D.C.

Russell says the city is special, not just because it was “one of the first places in the states I ever played,” but because of its “wicked, really good crowds.” After performances last year at Bohemian Caverns and the Howard Theatre — the latter while in the early stages of pregnancy — Russell returns to Washington this Friday, Oct. 17. This time around, at GW Lisner, she’ll share a bill with Yuna and Hollie Cook for what she calls “a mad triology show,” also featuring her part-American/part-British five-piece band.

Anyone who has seen Russell live might be surprised to learn her charismatic stage presence didn’t come naturally. “I used to have to get really drunk to get up and sing,” she concedes. After a decade of touring, however, it has become sober second-nature, particularly after working with legends such as David Byrne and Fatboy Slim — Russell is featured on Here Lies Love, the duo’s 2010 dance concept album about Imelda Marcos that has since been adapted as a musical. “So that’s advice to anyone,” she says, “Just get out there and make yourself do scary things.” — Doug Rule