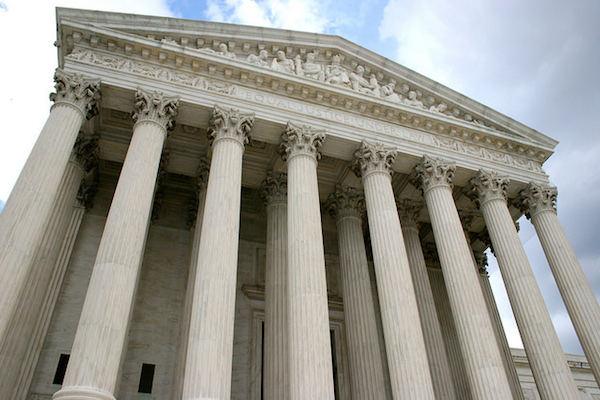 A federal appeals court struck down same-sex marriage bans in Idaho and Nevada Tuesday in what is the latest of a series of victories for marriage equality just this week.

In a 3-0 opinion authored by Judge Stephen Reinhardt, the 9th Circuit Court of Appeals found bans on same-sex marriage in Idaho and Nevada violate the Equal Protection Clause of the Fourteenth Amendment to the U.S. Constitution.

“To allow same-sex couples to adopt children and then to label their families as second-class because the adoptive parents are of the same sex is cruel as well as unconstitutional,” the ruling states. “Classifying some families, and especially their children, as of lesser value should be repugnant to all those in this nation who profess to believe in ‘family values.’ In any event, Idaho and Nevada’s asserted preference for opposite-sex parents does not, under heightened scrutiny, come close to justifying unequal treatment on the basis of sexual orientation.”

In September, the 9th Circuit Court of Appeals considered same-sex marriage bans in Idaho, Nevada, as well as Hawaii, although the Hawaii ban is defunct since same-sex marriage was legalized by the state Legislature.

Defendants in Idaho could request an en banc appeal before the full 9th Circuit, which decides whether or not to grant such requests. They could also appeal directly to the Supreme Court. In Nevada, the governor and attorney general have both stopped defending the state’s ban on same-sex marriage and marriage equality is expected to soon become law in the state.  Proponents of Nevada’s same-sex marriage ban do not have standing to appeal to the Supreme Court.

Should Tuesday’s ruling by the 9th Circuit be petitioned to be heard by the Supreme Court, it seems unlikely the justices would hear the case following Monday’s decision to reject cases striking down same-sex marriage bans in five states. As such, the 9th Circuit’s decision will likely impact other states in the circuit that ban same-sex marriage, including Arizona, Alaska and Montana, but not immediately.

“Today’s decision from the Ninth Circuit brings to 35 the number of freedom to marry states, and 64% of the American people now live in a state where gay people will soon share in the freedom to marry,” Evan Wolfson, founder and president of Freedom to Marry, said in a statement. “We now have more states that have ended the exclusion of gay couples from marriage than had ended bans on interracial marriage when the Supreme Court brought the country to national resolution in Loving v. Virginia. We hope that the other federal appellate courts will move swiftly to end the disparity and unfair denial that too many loving and committed couples in the 15 remaining states endure.”

UPDATE (Oct. 8, 10:20 a.m.): Justice Anthony Kennedy, who oversees the 9th Circuit, temporally put same-sex marriages in Idaho on hold and requested responses from the parties of the case by 5 p.m. Thursday. It is not yet clear if that stay also applies to Nevada.

This is a breaking news story. Check back for updates.