By John Riley on October 21, 2014 @JohnAndresRiley 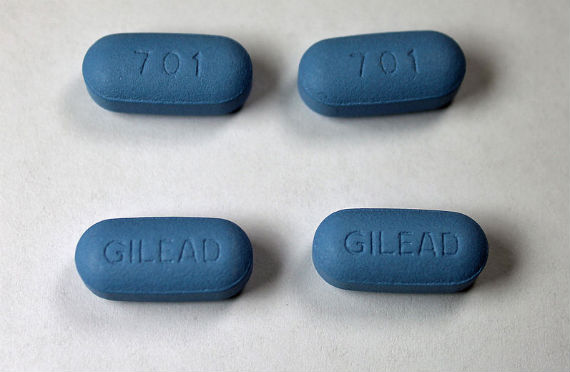 The Human Rights Campaign (HRC), the nation’s leading LGBT rights organization, released a policy paper on Monday in which it explicitly endorsed the use of the drug Truvada for Pre-Exposure Prophylaxis (PrEP).

Currently, Truvada is the only drug approved for PrEP, which involves prescribing the antiretroviral as a daily dose to HIV-negative individuals and populations considered most at risk of contracting HIV. According to studies, when taken daily as prescribed by a legitimate health care provider, and paired with other safe sex practices such as condom use, as well as follow-up testing to ensure the patient has not seroconverted, or become HIV-positive, Truvada has been found to reduce the risk of contracting HIV by upwards of 90 percent.

“PrEP is a dose of hope, taken once daily. Today, there is an unprecedented chance to end the HIV/AIDS epidemic in the United States, in part through PrEP’s aggressive prevention of HIV infections,” HRC President Chad Griffin said in a statement. “There is no reason — medical or otherwise — to discourage individuals from taking control of their sexual health and talking to their doctor about PrEP. Bold action must be taken to guarantee access to this life-changing regimen.”

By weighing in on the issue of PrEP, HRC has taken on a controversial source of conflict among subgroups within the LGBT community. While organizations like AIDS United, the Gay Men’s Health Crisis Center (GMHC), the Centers for Disease Control and Prevention (CDC) and the World Health Organization (WHO) have also endorsed PrEP, other organizations and members of the LGBT community remain opposed.

In particular, the Los Angeles-based AIDS Healthcare Foundation (AHF) has pointed to the low adherence rates of study participants who were prescribed Truvada as PrEP, saying it might result in an increase in condomless sex, thereby increasing the chance of transmitting other sexually-transmitted diseases. AHF has further said that low adherence, or failing to take the daily dose of the medication on a regular basis, may result in seroconversion.

For HIV-positive individuals on antiretroviral therapy, which may include Truvada, strict adherence to their prescribed regimen is essential to avoiding the risk of the virus developing resistance to HIV drugs.

Ged Kenslea, the senior director of communications for AHF, declined to offer a statement specifically addressing HRC’s endorsement of PrEP, except to clarify that AHF is not opposed to PrEP. Rather, the organization is skeptical of using PrEP as a widespread public health prevention strategy, given low rates of adherence among study participants. Kenslea noted that, so far, health care providers have written fewer than 3,000 prescriptions for Truvada as PrEP, indicating there may be ambivalence among doctors as to whether PrEP is successful enough for them to recommend it to their patients. He also added that PrEP is intended to be used in conjunction with condoms, not as a replacement for them.

In its policy paper, HRC stressed that its recommendation applies to populations that are the most vulnerable to HIV infection, and urged individuals to consult with their healthcare providers before making any medical decisions. The organization also called upon major stakeholders to take concrete and specific steps to reduce the cost of the drug, educate the public about it, and make it available to all medically-qualified individuals, regardless of their socioeconomic status.

Specifically, HRC called on the Centers for Medicare and Medicaid Services (CMS) to disseminate information about and guidance on PrEP to all agencies and providers. HRC urged Gilead Sciences, the manufacturer of Truvada, to further reduce the cost of the drug, as it has previously done by increasing access and providing co-pay assistance to low-income individuals. The organization also calle upon Gilead to start a public awareness campaign to increase consumer knowledge of affordability options surrounding PrEP.

HRC called on directors of state Medicaid programs to investigate best practices for increasing access to the drug among low-income individuals, also adding that states that have not expanded access to Medicaid under the Affordable Care Act should do so. It also asked the chief insurance regulators in all 50 states to provide information to all insurers about best practices surrounding co-pay supports and to punish insurers who deny coverage to those who wish to utilize PrEP when it has been prescribed by their chief medical provider. Lastly, HRC asked the top 25 insurance companies in the United States to revise their formulary and co-pay standards as they relate to PrEP, making access to qualified individuals and the degree of affordability more consistent across state lines, as well as providing further educational information to consumers who might be eligible.

“Affordable access to PrEP as a prevention option is essential if we are to beat this epidemic,” Griffin said. “We’ve got to work together if we’re going to seize this historic opportunity to change countless lives for the better.”

“To have the most recognizable LGBT advocacy group give its stamp of approval to PrEP is a big deal,” said Richard Elion, the director of clinical research at Whitman-Walker Health, who is currently leading a study — in conjunction with researchers in Miami and San Francisco — on the real-world use of PrEP. “We know that uptake of PrEP among men who have sex with men (MSM) has been limited, partly due to misinformation in the community about its safety and effectiveness. We also know that gay men are the only group in the U.S. among whom new HIV infections are on the rise. PrEP can play a huge role in addressing HIV among gay men.

Concluded Elion: “I hope that HRC’s impassioned endorsement of PrEP leads to more people who are vulnerable to HIV infection, including but not limited to gay men, considering it as an option, and to universal, affordable access to it.”

John Riley is the local news reporter for Metro Weekly. He can be reached at jriley@metroweekly.com
← Previous Story Battling the Blood Ban
Next Story → FBI report: 20% of hate crimes last year had anti-gay bias