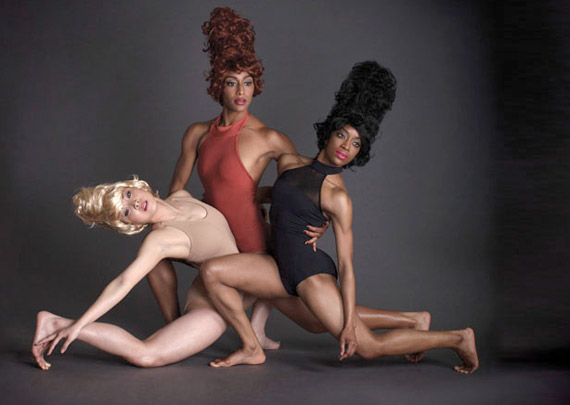 Last December, Kyle Abraham was a guest on Katie Couric’s daytime talk show on ABC. “I wasn’t just performing,” says the dancer/choreographer. “I was able to talk about dance. … That’s really special for our field.”

And that’s just the kind of increasingly prominent attention that Abraham has been getting ever since last year’s selection as a MacArthur Fellowship — better known as a “Genius Grant.” “It’s given me so much more exposure,” Abraham says. “Knowing that there is a whole new audience that is being introduced to my work is really exciting.”

Not that the 37-year-old had been toiling in any kind of obscurity. In fact, the New York-based Pittsburgh native has been heralded for years within the American dance community, racking up many major awards and grants for his company Abraham.In.Motion. He long ago confirmed Dance Magazine‘s prescience when, in 2009, it picked him as one of “25 to Watch.” In 2011, Out Magazine praised him as the best dancer to emerge in the Obama era.

Among other things, winning the MacArthur grant helped inspire Abraham to think more broadly about his work and expand his repertoire of collaborators. In addition, he hopes that the future will include a live music ensemble touring with his company.

Next Saturday, Nov. 8, the University of Maryland’s Clarice Smith Center presents his newest series of work, When The Wolves Came In. The evening-length program is inspired by the 1960 protest album We Insist: Max Roach’s Freedom Now Suite, and each of its three pieces explores aspects of black freedom 150 years since the Emancipation Proclamation — including a piece featuring gay urban dance moves set to gospel songs. Gay contemporary classical composer Nico Muhly and jazz musician Robert Glasper also contributed music to this program, further enhanced by designs from conceptual artist Glenn Ligon.

“Will I live up to the hype?” is a question Abraham has been asking himself since winning the MacArthur grant. So far, the answer is yes — at the very least in the specific context of his new work. Notes Abraham, “The response has been really, really favorable.”

Abraham.In.Motion performs Saturday, Nov. 8, at 8 p.m., at The Clarice at the University of Maryland in College Park. Tickets are $25. Call 301-405-ARTS or visit theclarice.umd.edu.