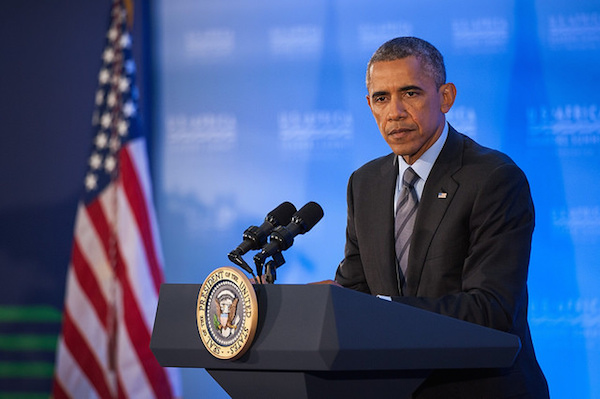 President Barack Obama is being urged to appoint a special envoy for LGBT Human Rights within the State Department who would serve as the principal advisor on LGBT issues to the secretary of State.

In a letter to Obama dated Oct. 10, 25 members of the U.S. Senate called on the president to make the appointment before the end of the year, apparently fearing a future president may be less committed to LGBT rights.

“Time is of the essence,” the letter states. “It is crucial that this position be established as soon as possible to ensure that it is carried over into the next administration. By appointing this senior official before the end of this calendar year, your administration can ensure that the position is embedded into the culture of the State Department before the end of your term in office, thereby making it more likely that our recent efforts to fight for equality are not worn away by a future administration.”

With anti-LGBT animus abroad on the rise, the senators argue such an appointment would help coordinate efforts across the federal government to resist discriminatory laws in other countries. As the letter notes, nearly 80 countries criminalize homosexuality, prohibit public support for the LGBT community or promote homophobia. Moreover, same-sex relations are punishable by death in seven countries. This past year, Uganda and Nigeria both passed laws criminalizing homosexuality, drawing criticism from the Obama administration and international community.

“Your administration has taken admirable steps to combat this recent tide of discrimination,” the letter continues. “Yet, we believe the time has come to take the next step. To adequately address the challenges posed by these new discriminatory laws, there needs to be coordination of action across the federal government.”

No Republicans signed the letter. The appointment mirrors a position proposed in the International Human Rights Defense Act, which was introduced by Markey in June.

“As many nations condone discrimination and hatred against LGBT people, the United States must stand with the LGBT community in the struggle for equality around the globe,”  stated Sen. Patty Murray (D-Wash.), one of the senators to sign the letter. “Appointing a Special Envoy for LGBT rights at the Department of State will help our foreign policy leaders meet the challenges before us as they work to ensure equality for all people around the globe.”

UPDATE, Oct. 15 at 4:30 p.m.: White House spokesperson Shin Inouye told Metro Weekly, “The White House appreciates the letter and the Obama Administration remains committed to protecting the rights of LGBT people both here and abroad. We have no specific announcements to make, but look forward to working with Congress as we promote the human rights of all people.”