Outdoor Expansion: The Patio at Town

Opening this weekend as a new outdoor bar "showplace," The Patio at Town has a chic but comfortable ambiance 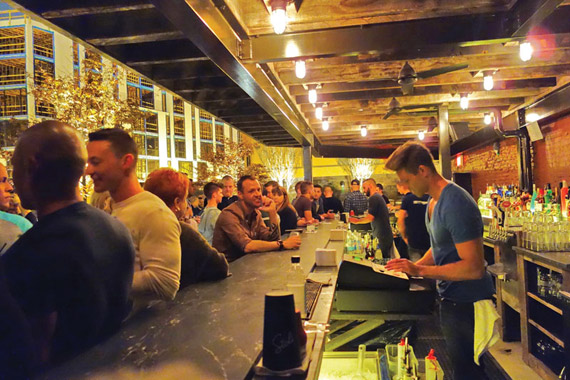 No doubt you thought that about much of Town Danceboutique’s neighborhood after the nightclub first opened in the fall of 2008. “Back then we were just kind of an island over here, a destination for people,” says Ed Bailey, the club’s co-owner and manager. 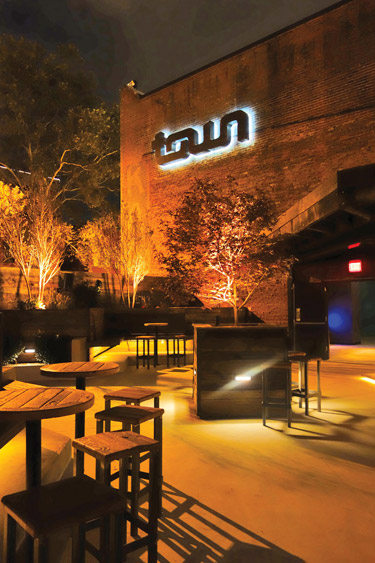 And did you get a load of that sad-looking vacant lot right next door? “There’s been nothing here since 1960-something,” he says. “It was an asphalt parking lot.” But as the years went by and this section of Shaw started percolating, the partners at Town started getting ideas. They eventually convinced Town’s landlord to buy the adjacent property from Howard University, and then signed a 10-year lease on the land, with two five-year extensions — to match the lease they have on the Town building. “We now have 20 years in both these spaces,” Bailey says.

Last weekend, Bailey and company quietly unveiled what they’ve spent the past five months creating on that lot next door: The Patio at Town. Featuring its own entry off 8th Street NW, its own bathrooms and its own full-service covered bar, the Patio was designed to be its own venue — not just an extra play space for Town the way the outdoor spaces were at Town’s forebears, Tracks and Nation. The Patio is also more than just another outdoor space with a bar.

The Patio has a chic but comfortable ambiance, with a refined sense of landscaping. The space’s chief design element is weathered wood taken from a 150-year-old Missouri barn that had been felled by a tornado. Seemingly few expenses were spared installing state-of-the-art lighting and sound, built to be as adaptable and unobtrusive as possible. Though there is an entrance to the patio from Town’s upper floor, there is no second story, to help keep the noise level down out of consideration for their neighbors, current and especially future: As many as 1,000 new residents are expected to move into the nearly completed luxury apartment buildings now lining the street. “We’re in the middle of a really interesting place to be all of a sudden,” Bailey says, noting that there are also a dozen new restaurants, two-dozen new retail spaces and a six-screen Landmark movie theater coming to the neighborhood. 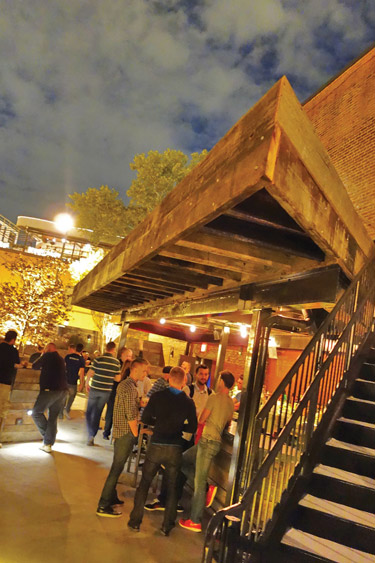 The Patio, furnished with propane heaters, officially opens this weekend. It will open at 2 p.m. on weekends and 6 p.m. on select weeknights, weather permitting, and as warranted by special circumstances, such as New Year’s Eve. But once it starts to warm up next spring, the patio will open for its first full season as a seven-day-a-week affair — one where the alcohol is as free-flowing as the air, and where there’s food served at a back gate installed for food-truck access off the alley.

Bailey had hoped to open over the summer. But even on a crisp fall night, one can’t help but admire the effort that went into the well-appointed space, concurring with Bailey’s assessment that The Patio at Town is “a full-on showplace of an outdoor bar experience.” 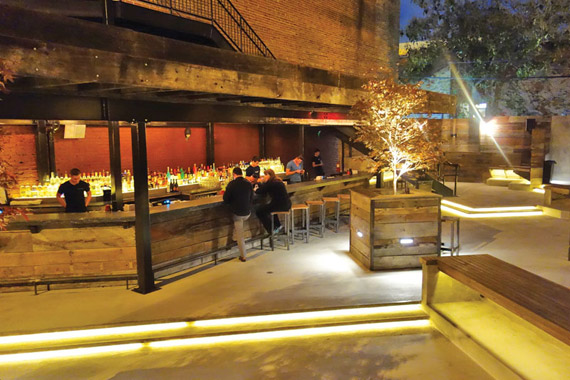