Microsoft has a history of following bad versions of Windows with great ones. 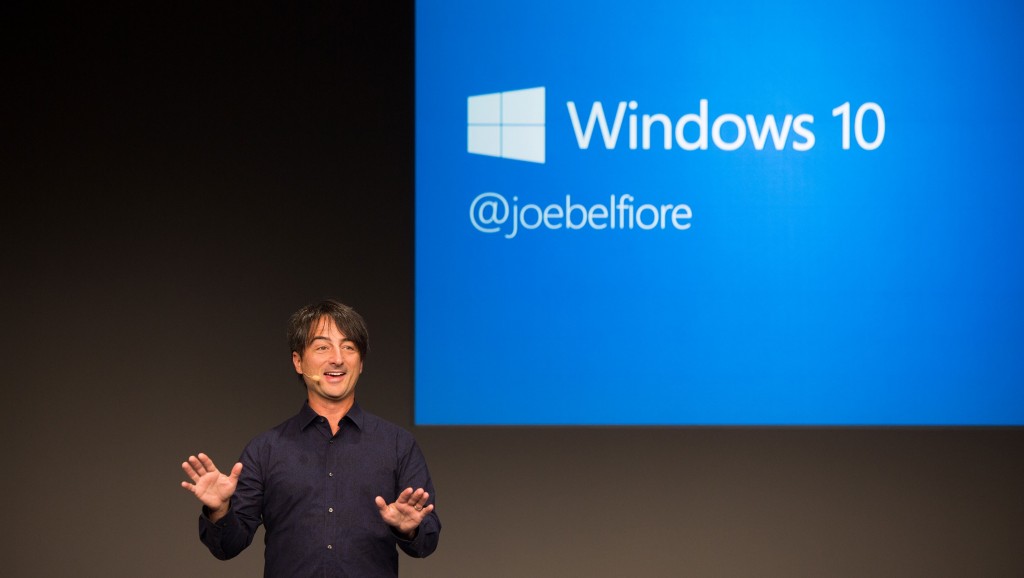 Microsoft has a pretty unique talent. The maker of the world’s most popular operating system, used by more than 1.5 billion people worldwide, also possesses the ability to consummately piss off many of those users with every second or third iteration of Windows that it develops.

Windows 95 may be remembered fondly as the first 32-bit version of Windows, but it wasn’t until Windows 98 that all of the promises were finally delivered. Windows 2000, one of the last NT-based versions of Windows, was an incredibly secure and reliable enterprise solution that let businesses get their work done. Windows ME, which was the consumer version of 2000? A complete mess — buggy, unstable, mired with security flaws and remembered only for giving us System Restore. We may reflect on XP now with rose-tinted glasses, and, indeed, many around the world still use it as their preferred OS despite Microsoft no longer providing security updates, but in its first iteration it was a nightmare. That slick new interface was derided as cartoonish by business professionals, while the OS itself was riddled with security flaws and didn’t play well with some older software. Fast forward three years, though, and the Service Pack 2 update transformed XP into the stable, smooth, easy-to-work-with OS that led to it being the worlds’ most-used desktop software until 2012, eleven years after the original XP’s release.

It’s here that we stumble across Microsoft’s biggest perceived flop. To follow the incredible success of XP, the folks at Redmond went big. Really big. Originally intended to be a stopgap between XP and a more powerful version of Windows, Vista — codenamed “Longhorn” — was pushed back and added to, eventually becoming the fabled “Blackcomb” release that would feature a slew of new features and technologies. Development began before the release of XP in 2001, but the developers at Microsoft hit the reset button in 2004 after losing sight of what Vista was supposed to be — a decision that transpired to be somewhat prudent following the release of Apple’s OS X Tiger, which was faster and more reliable than any build of Longhorn/Vista up to that point. 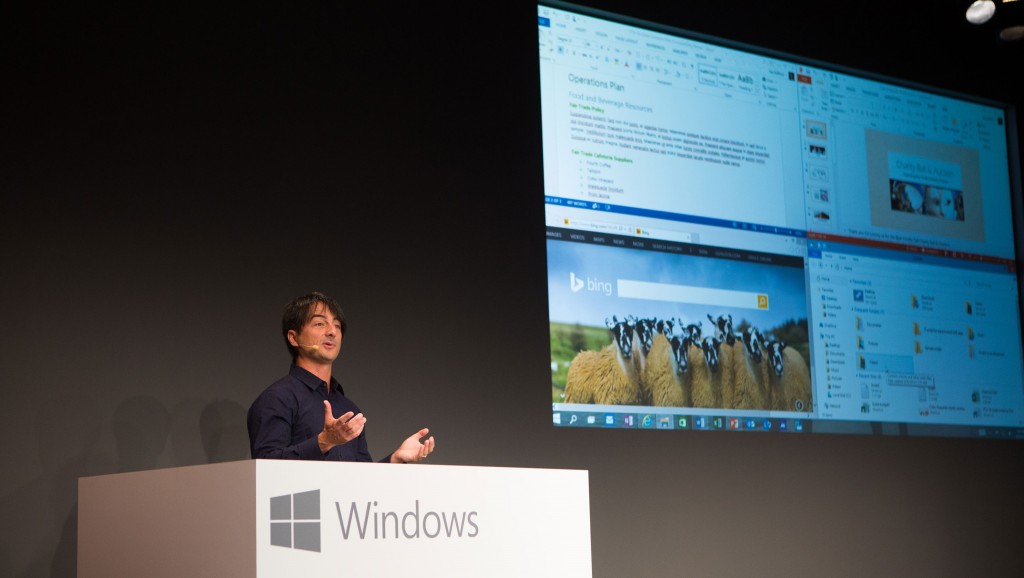 Developers decried the coding as overly complex and the number of features and additions as too numerous and too buggy. Microsoft finally settled on a coherent vision for Vista, but the damage was already done. When the OS finally shipped to consumers in January of 2007, it was doomed to fail. Though it brought a host of new features and eye-candy to Windows – it was undeniably good-looking – its system requirements put it out of reach of many XP users. Furthermore, in order to run it well, users needed a powerful laptop or desktop, while those meeting only the minimum requirements were left with a slow, processor and battery intensive OS. I used Vista for three years on a relatively midrange laptop and rarely had an issue with it, the OS performing the tasks I demanded of it and looking good at the same time, but consumer confidence in Vista vanished. XP retained a higher market share than Vista throughout its life, until the release of Microsoft’s next — and possibly greatest — OS.

Windows 7 was a breath of fresh air. It demanded little in terms of system requirements, had streamlined Vista’s graphics-heavy look into something comparable or even better than OS X, and offered a slew of useful features which worked as intended. Snap functionality is still, to this day, possibly the greatest single addition to any OS and one I use daily for both work and leisure. It revitalized machines running Vista, offering better performance and battery life, and even ran well on newer XP computers. It was the version of Windows Microsoft should have released instead of Vista — but perhaps the company required that spectacular failure to force it to produce something magnificent. Five years after release and Microsoft’s efforts are evident, with Windows 7 commanding over fifty percent of desktop OS market share.

Trust Microsoft, though, to throw it all away again. Windows 8 was another revolution, this time intended to help lagging PC sales by introducing one OS that would work for both keyboard and mouse, as well as the newly emerging touch market. Microsoft had a lot of good ideas — the new Start menu with its big, beautiful apps and a traditional desktop for those who wanted to get work done — but it felt disjointed. Users would too often find themselves switching between modern Start menu and traditional desktop, there were two versions of Internet Explorer, two control panels, no start button on the desktop, controls were optimized for touch but lackluster for mouse users. With 8.1, Microsoft rectified many of these wrongs, and indeed Windows 8.1 is a much more useful and powerful operating system — one I have learned to adapt to and make the most of — but it still feels like an experiment for which nobody was really asking. Oh, and it did nothing to revitalize PC sales, which are still nowhere near their glory days of yore. Confusing consumers and enterprise users alike, Windows 8 and 8.1 command just 12 percent of the market — though this is still more than all versions of Mac OS X combined. 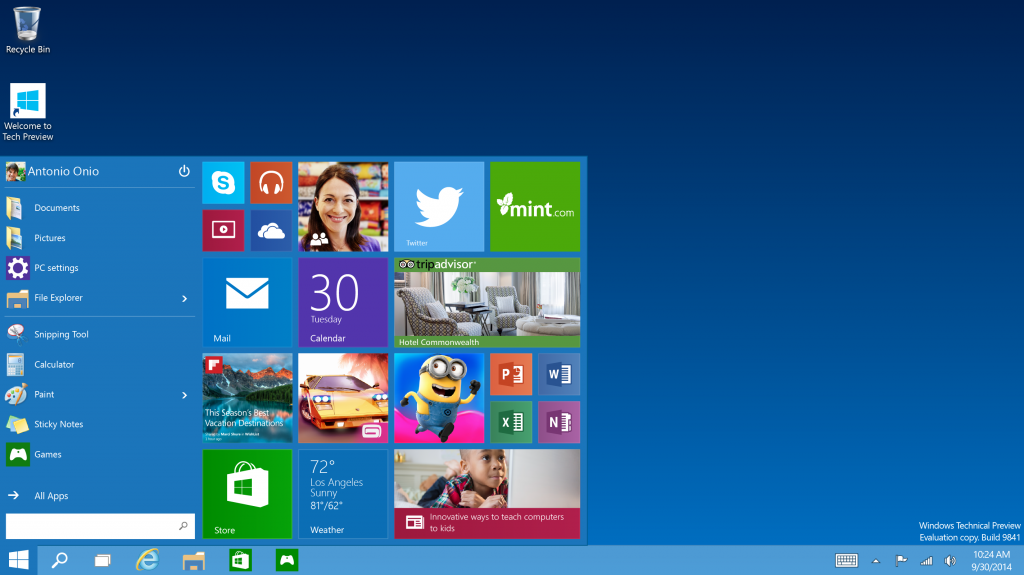 What, then, should Microsoft do? Well, the answer lies in a name. The next version of Windows will not be called Windows 9. Instead, to distance themselves from 8’s woes and to establish a new, fresh approach, Windows 10 will be the next major release. Aside from being numerically confusing, there’s a lot of promise in the new OS. Much like Windows 7 learned from the troubles with Vista, 10 will take the best parts of 8 and mix them into something that promises to be better for businesses and consumers alike. The start menu on the desktop is back – and it’s where you’ll find the live tiles that previously commanded their own screen. These apps now function like traditional windows when using a mouse and keyboard, but will open fullscreen should you switch to a tablet, or remove the keyboard on your Surface, for instance — the OS can automatically detect this transition between mouse and touch, known as “continuum” design, which should remove the either/or frustration felt by many users with Windows 8. Users can now create multiple desktops – for work and for leisure, for instance — while there’s improved task switching built into the taskbar. For fans of Snap, myself included, up to four apps or programs can be dynamically snapped together, with Windows 10 recommending applications to snap alongside your current window based on prior usage and currently open programs. Under the hood, the whole OS promises to be faster, more efficient and, for the gamers amongst us, even more proficient at powering marathon sessions of League of Legends. 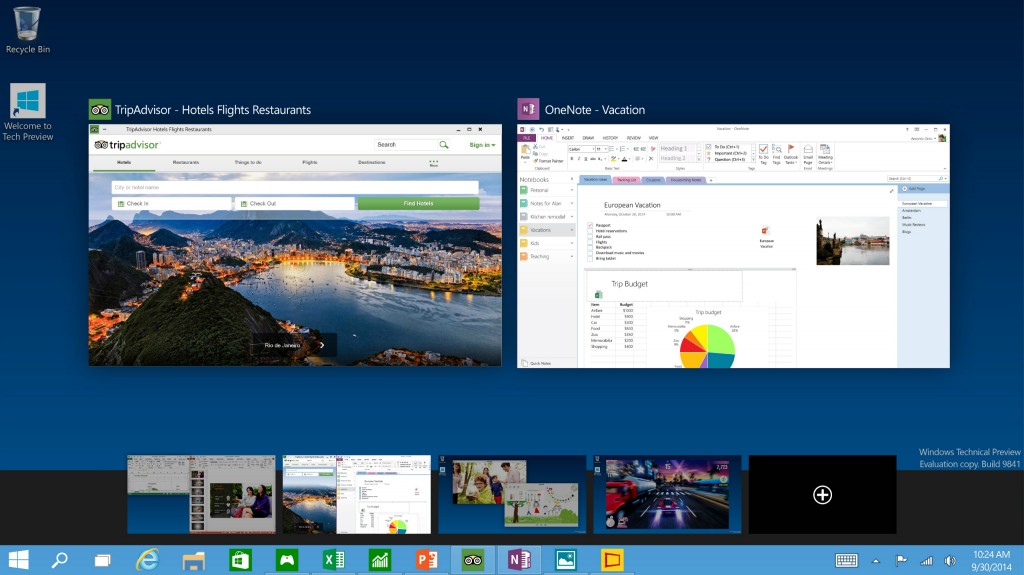 Of course, that’s not all. Microsoft is only previewing the additions that will make Windows 10 easier and more useful for traditional desktop users — those still tethered to their mouse and keyboard — and those who’ll run it on servers or for business. For those on hybrid devices, tablets or Surfaces, as well as normal consumers, the full list of updates and additions will be announced over the course of next year, with a full preview at Microsoft’s BUILD conference in April. What’s more, Microsoft is opening their metaphorical doors to let technically-minded individuals help shape the OS, with a Technical Preview available to download now which comes with a feedback option. Find a bug or think of a new feature? Let Microsoft know and they’ll consider it as the OS makes its way towards a full release in the latter half of 2015. It’s a level of openness and a dedication to making sure the end product is as satisfying for as many people as possible that can’t be found over at Cupertino. There, what Apple says goes – though, unlike Microsoft, more often than not, OS X fails to disappoint with its yearly updates.

Windows 10 is the new face of a new Microsoft, one focused on the cloud, mobile and on its enterprise customers. It’s a leaner, slicker company, better positioned to deliver the services we require, when we want them. If the folks at Redmond can keep with the current trend of good OS followed by bad OS — and while Windows 8 wasn’t bad per se, it definitely could have been a lot better — we could be looking at another Windows 7-style hit on our hands.

Rhuaridh Marr is Metro Weekly's managing editor. He can be reached at rmarr@metroweekly.com.
← Previous Story Apple teases announcement of possible new iPad next week
Next Story → Google announces the Nexus 6 and 9 as well as a new flavor of Android