By Justin Snow on November 5, 2014 @JustinCSnow

That wasn’t the case Tuesday night, when LGBT non-incumbents suffered defeats nationwide and Republicans with anti-LGBT views made historic gains in both houses of Congress.

Among the most prominent defeats was in Maine, where outgoing Rep. Mike Michaud (D) came up short in his attempt to unseat Gov. Paul LePage (R). LePage defeated Michaud by about 20,000 votes with 64 percent of precincts reporting. Eliot Cutler, the independent candidate who urged supporters to “vote your conscience” shortly before Election Day but did not formally drop out of the race, garnered about 40,000 votes — many of which observers believe would have otherwise gone to Michaud. Michaud, who came out last November, would have become the first openly gay governor in the nation’s history.

An openly gay Republican hoping to make history in Massachusetts also came up short Tuesday. Richard Tisei, who was backed by the Gay & Lesbian Victory Fund and Log Cabin Republicans, lost for the second consecutive time his bid for the U.S. House of Representatives in Massachusetts’s 6th Congressional District. Democrat Seth Moulton, who defeated Rep. John Tierney in the September primary, won 54.6 percent of the vote to Tisei’s 40.9 percent. Two years prior, Tisei lost narrowly to Tierney 47.1 percent to 48.3 percent. Many credited the win by a vulnerable Tierney, whose wife was mired in a federal tax scandal, to Obama and Senate candidate Elizabeth Warren being at the top of the 2012 ballot. Tisei served 26 years in the Massachusetts State Legislature and was vying to become the first openly gay Republican ever elected to Congress.

Social conservatives, including the National Organization for Marriage, backed Moulton despite his pro-LGBT record rather than the openly gay Republican due to Tisei’s support for LGBT rights and abortion rights. Moulton rejected that support, vowing to fight groups like NOM if elected to Congress.

As of Wednesday morning, the chance of an openly gay Republican being sent to Washington this election cycle remains. In California’s 52nd Congressional District, Republican Carl DeMaio leads Rep. Scott Peters (D) by 752 votes. The race, however, remained too close to call. DeMaio, who served on the San Diego City Council, is backed by Log Cabin Republicans but has frequently butted heads with other LGBT groups.

For those LGB members of the House already serving, Tuesday proved far less devastating. None of the LGB incumbents up for reelection lost their races. Reps. David Cicilline of Rhode Island, Mark Pocan of Wisconsin, Jared Polis of Colorado, Kyrsten Sinema of Arizona and Mark Takano of California all won reelection. With 100 percent of precincts reporting, it appears Rep. Sean Patrick Maloney will narrowly win his rematch against former Rep. Nan Hayworth in New York’s 18th Congressional District. Maloney won 49.6 percent of the vote to Hayworth’s 48 percent.

Although Hayworth has not said she believes there is a constitutional right to same-sex marriage nationwide, she earned a 71 percent score for her support of LGBT issues on HRC’s Congressional Scorecard for the 112th Congress and featured her gay son in an ad released last month.

History was made in Massachusetts, where Democrat Maura Healey was elected the nation’s first openly gay attorney general. Healey served as assistant attorney general to Massachusetts Attorney General Martha Coakley, who lost her bid for governor, and helped spearhead the state’s challenge to the Defense of Marriage Act (DOMA).

“Maura Healey is one of the staunchest advocates for equality we have in this country, and we join her in celebrating her historic victory,” HRC President Chad Griffin said in a statement. “As the nation’s first openly gay attorney general, she is an inspirational trailblazer and will fight to guarantee civil rights and legal equality for all people of Massachusetts.”

But as for the broader picture, LGBT-rights advocates awoke to a dramatically different political landscape on Wednesday. Republicans gained at least seven additional seats in the Senate, giving them control and, for the first time in more than a year, putting the number of same-sex marriage supporters in the minority. The Republican majority in the House also increased by at least 13 seats with some races still too close to call.

LGBT-rights organizations were largely quiet Wednesday morning, but that silence spoke volumes. For a movement that has seen enormous gains in recent years, the political climate on Nov. 5, 2014 is remarkably different. Republicans could hold a majority in Congress for at least a decade, and the chances of passing legislation like the Employment Non-Discrimination Act, let alone comprehensive LGBT civil rights legislation, seems further out of reach. With some LGBT allies defeated, such as Sen. Mark Udall (D) of Colorado, advocates are hoping the new class of legislators see which way the winds are blowing.

“It’s hard to describe this result as anything less than heartbreaking. Mark Udall is a remarkable leader and his absence on Capitol Hill come January will be deeply felt,” said David Stacy, HRC’s government affairs director, in a statement. “We hope that Senator-elect Gardner will understand that a clear majority of Americans want to see progress made for LGBT people in Congress, and that he will vote to advance equality.” 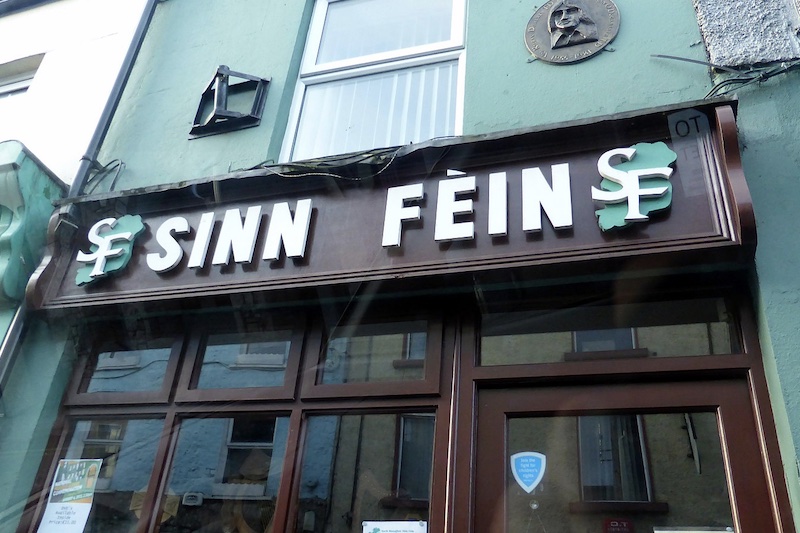