Mercedes-Benz is reviving Maybach (again), as they seek to streamline their naming conventions 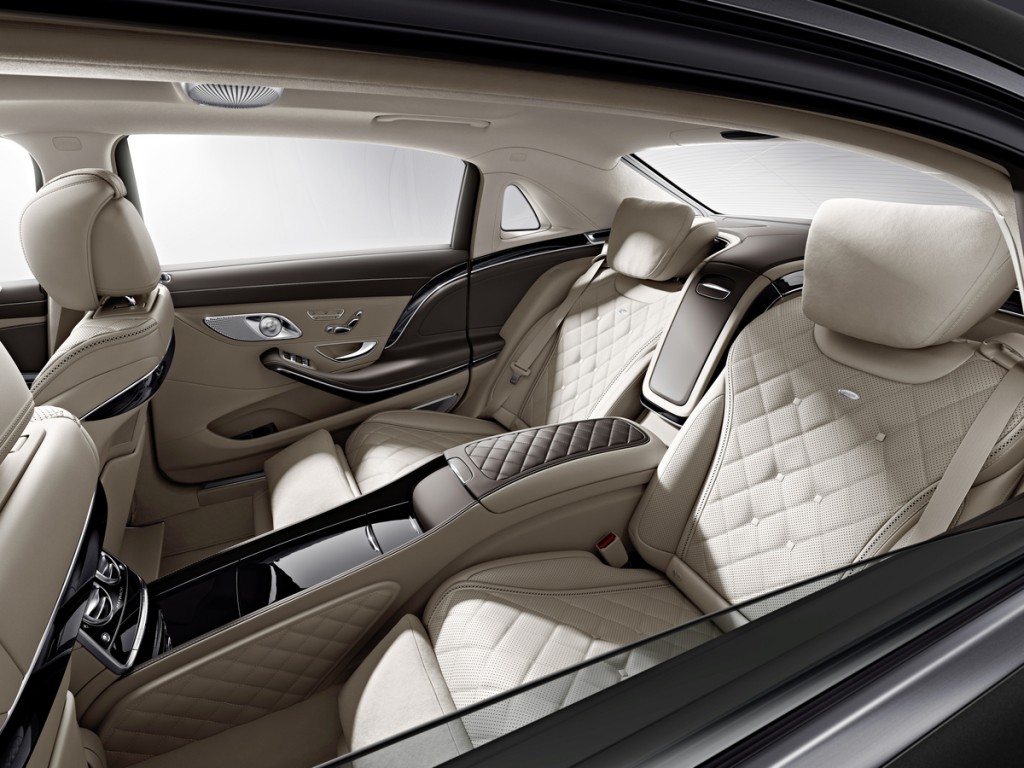 When Daimler AG, the parent company of Mercedes-Benz, revived the Maybach brand in 2002, it was an attempt to right the wrongs of the company’s ignorance in failing to purchase either Rolls Royce or Bentley in the 1990s. The former went to archrival BMW, while the latter was purchased by their German neighbor, Volkswagen, leaving Mercedes with nothing in the ultra-luxury segment to compete against the established British marques.

Maybach was a renown German luxury car maker in the first half of the twentieth century. Establish in 1909 by Wilhelm Maybach, the company originally built engines for Germany’s Zeppelins, before manufacturing their first car in 1919. In the period leading up to World War II, Maybach built various models of luxury car, several of which are now regarded as classics — including the monstrous Zeppelin models, which weighed in excess of 6,000 pounds and sported 7- or 8-liter V12 engines and were named for the company’s original manufacturing intentions. War, and the Nazi regime, led Maybach to return to engine production, manufacturing the power plants in Hitler’s medium and heavy tanks. Once the war was over, car production never resumed, and Maybach was renamed before being sold to Daimler-Benz in 1960.

It seemed natural, then, that Daimler would utilize Maybach to establish a foothold in the luxury market. In 2002, the company rolled the Maybach 57 and Maybach 62 out of its factories, each sporting vast dimensions, powerful engines, luxurious cabins and numerous gadgets and options to entertain the wealthy clients who would be driven around in the vehicles. Or, at least, that’s what Daimler thought. Based on the Mercedes S-Class’ chassis and built alongside it in Mercedes’ factory, the Maybach’s lacked the handbuilt exclusivity of Rolls Royce and Bentley. When Rolls introduced the Phantom in 2003, it was game over for Maybach — the Phantom boasted the heritage of the Rolls Royce brand, which enjoys a recognition that Maybach couldn’t match, and the premium exclusivity that customers wanted as a result of its bespoke design and construction. Daimler-Chrysler, as it was then known, predicted sales of around 1,000 units a year in the United States, but Maybach failed to reach 1,000 units sold in the eight years that Daimler offered the brand for sale in the U.S. Weak buyer interest and the impact of the 2008 financial crisis led to the shuttering of the Maybach brand once more, with all production on new models ceased.

That’s not to say, however, that the Maybach name is dead and buried. Mercedes-Benz already offers a viable alternative to Rolls Royce and Bentley with its S-Class sedan, which remains the torch-bearer for the luxury sedan segment. It’s a good deal cheaper than either of the British brands, and certainly a lot less exclusive, but it’s so beautifully crafted that buyers would be foolish not to consider one of the long-wheelbase, high-powered versions when shopping for their next uber-sedan. Mercedes is obviously aware of this, too, which is why they’re bringing Maybach back — at least, as an addendum — for the Mercedes-Maybach S-Class. Set to be revealed in Guangzhou, China, and Los Angeles at the end of this month, the Mercedes-Maybach will find its roots in the S 600 version of the S-Class, and promises “a new benchmark for exclusivity” to better meet the “most discerning of requirements in terms of its appointments.” In short, it’s going to be pretty damn fancy. Need specifics? Mercedes is promising “extra spaciousness, special seats and lavishly designed, prestigious interiors offering extensive scope for individualisation” — catnip for those with big budgets and a taste for the finest in transportation. Mercedes-Benz isn’t mentioning prices yet, but we’ll assume they fall into the “if you have to ask, you can’t afford” bracket that us normal folk can only dream of.

The reintroduction of the Maybach nameplate isn’t the only change happening over at the brand known by its three-pointed star. Indeed, alongside the luxury moniker, Mercedes-Benz is shaking up their entire naming strategy. Everything will now be defined by specific letters, denoting where it sits in the German marque’s current line-up.

Standard models will stick to the A-, B-, C-, E-, and S-Class brands — or the “core models,” as Mercedes calls them. These are the sedans and five-door models that are brand’s bread and butter. Four-door coupe versions, of which Mercedes has several, will now be denoted by the prefix CL. The CLS is derived from the S-Class, for instance, while the CLA comes from the A-Class. Presumably, this means the E-Class Coupe will become the CLE. Roadsters, meanwhile, will all adopt “SL” in their name. The SLK, Merc’s smallest roadster, will become the SLC to align it with the C-Class family. The SL roadster will remain the SL, to maintain its “iconic status.”

Mercedes’ swelling line-up of SUVs will also be streamlined into one naming strategy. GL is the new nomenclature applied to all. The GLA is based on the A-Class, the GLK becomes the GLC, the M-Class becomes the GLE (to align it with the E-Class), while Mercedes’ big, bold GL-Class will become the GLS — somewhat fitting, given it’s essentially an S-Class that can climb a mountain. The G-Class, the brand’s boxy, iconic “Wagen,” will remain as is, again as tribute to its legendary status (Mercedes’ words).

Confused? Don’t worry, it’s a lot of letters and names. Let’s break it down into something more easily digested: anything ending in “A” is an entry-level model, anything in “C” is midrange, anything with “E” is premium, while anything with “S” is luxury. Anything with “Mercedes-Maybach” attached to the trunk is only for those who consider $10,000 to be pocket change. At the very least, these sweeping changes should make the 30 models Mercedes-Benz’s plans to have available around the world by 2020 a little easier to sort. Just make sure you know your ABC’s before heading to your local dealer.