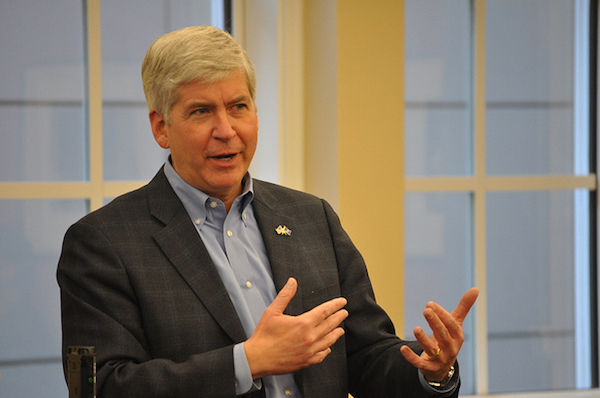 Attorneys for the state of Michigan urged the Supreme Court to take up a case challenging the state’s ban on same-sex marriage in a petition filed Monday.

The petition for writ of certiorari asks the nation’s highest court to address the question presented by the case: “Does the Fourteenth Amendment to the U.S. Constitution preclude the people of a State from defining marriage as the union of one man and one woman?”

Attorneys for the administration of Republican Gov. Rick Snyder, including Attorney General Bill Schuette and Solicitor General Aaron Lindstrom, who are defending the ban, concur with a petition filed last week by plaintiffs in the case asking the Supreme Court to hear the case.

“Given the importance of the issue—who decides important issues in our constitutional democracy— and the split among the circuits that allows the citizens of some States, but not others, to vote on the definition of marriage, Michigan does not oppose review by this Court,” the petition states. “Instead, it asks this Court to affirm.”

In a 2-1 decision handed down Nov. 6, the 6th Circuit Court of Appeals upheld same-sex marriages bans in four states — Kentucky, Michigan, Ohio and Tennessee — breaking with other federal appeals courts that have considered the issue. The Supreme Court has been asked to hear all four cases. Plaintiffs in a case challenging Louisiana’s same-sex marriage ban are asking the Supreme Court to hear their case before a federal appeals court has rendered judgement.

“Only this Court can resolve these deep conflicts among the circuits,” Monday’s petition states. “Certiorari is warranted.”