Former mayor was one of the first D.C. politicians to embrace LGBT rights

By John Riley on November 23, 2014 @JohnAndresRiley 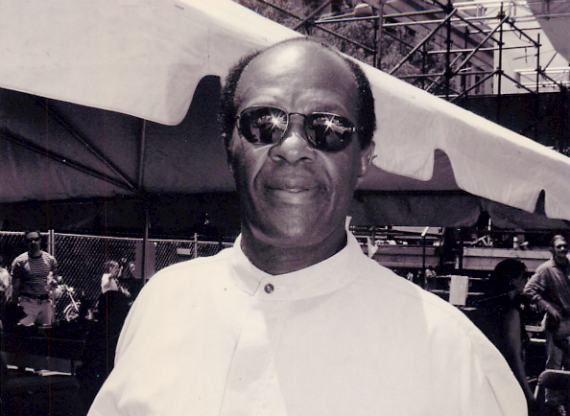 Politicians, pundits and residents of the District of Columbia mourned the loss of former four-term mayor and longtime Councilmember Marion Barry, Jr. (D-Ward 8), who died at United Medical Center in Southeast D.C. early Sunday morning. He was 78.

Barry, who had undergone a kidney transplant and surgery for prostate cancer in recent years, had been released from Howard University Hospital hours earlier on Saturday after initially checking himself in on Thursday. A larger-than-life figure who got his start in the Civil Rights Movement, most notably as chairman of the Student Nonviolent Coordinating Committee (SNCC), Barry entered the world of D.C. politics, serving as an at-large member on the first elected D.C. Council following the establishment of Home Rule in 1974 and later challenging — and defeating — incumbent Walter E. Washington in the 1978 Democratic primary for mayor. Serving as mayor from 1979 to 1991, and then again from 1995 to 1999, Barry became inextricably linked to the D.C. political scene and to the city’s dominant Democratic Party, with his mayoralty marked by an increase in the number of D.C. residents holding government jobs. As a result of his initiatives to tackle unemployment, including the start of Washington’s summer jobs program, Barry was heralded as a fighter for low-income and middle-class residents of the city. As a result, he became a kingmaker of sorts, with future generations of candidates often seeking the blessing of D.C.’s “mayor for life” as they pursued political office.

In 1990, following an FBI raid of a hotel room where he had been videotaped smoking crack cocaine, Barry was arrested and tried on 14 different charges, including perjury, possession of crack cocaine and conspiracy to possess cocaine. The jury voted to convict him on one charge of possession, acquit on another and deadlocked on the other 12 charges. Barry was sentenced and served six months in prison, later running for and winning the Ward 8 Council seat in 1992 by ousting incumbent Wilhelmina Rolark, and later using his Council position as a springboard to challenge and defeat incumbent Mayor Sharon Pratt Kelly in the 1994 Democratic primary. Despite his personal shortcomings, Barry remained popular among a wide swath of the city’s residents, particularly among African-Americans, specifically the residents of Ward 8, who elected him to the Council twice more, in 2004 and 2008.

While Barry made headlines as one of only two councilmembers to vote against the District’s marriage equality law in 2009, his actual record on LGBT rights was much more nuanced, and, at times, more supportive than many casual observers might believe. As mayor, and early on in his political career, Barry courted the LGBT vote, hiring the first openly gay person in a mayoral cabinet, and was a proponent of Gay Pride Day, which eventually evolved into Capital Pride.

Mark Meinke, founder and chair of the Rainbow History Project, which tracks LGBT history in Washington, D.C., said Barry learned from the lesson of community activist Frank Kameny’s 1971 race for D.C.’s non-voting seat in the U.S. House of Representatives. Kameny came in fourth among six candidates, but demonstrated that the LGBT community constituted a significant voting bloc that could swing election results. As a result, Barry courted LGBT support to help him win his 1978 primary over Mayor Walter E. Washington and Council Chair Sterling Tucker. Afterwards, Barry and the LGBT community worked together as political allies for years, Meinke said.

Craig Howell, the former president and a longstanding member of the Gay Activists Alliance (GAA), said Barry was first given a -15 on a scale of -10 to +10 because he had avoided the group’s questions when he ran for the D.C. Board of Education in 1971. However, when Barry later became the president of the board, he helped pass a nondiscrimination policy that protected employees of the school system based on sexual orientation. When he ran for and won an at-large seat on the Council, he was strongly supportive of GAA’s priorities, including eliminating the plainclothes police squad that was entrapping gay men in parks, increasing funding for the Gay Men’s VD Clinic, the predecessor to Whitman-Walker Health, and the Office of Human Rights.

“He really carried the ball for us during that time,” Howell said. “Everything we wanted him to do, he did, and usually led the way.”

When Barry later became mayor, he signed a law that prohibited subjecting anything under the Human Rights Act, such as protections for LGBT people, to the initiative process. He also followed through on a campaign promise to appoint gay people to lots of boards and positions. Howell was responsible for coming up with a list of qualified applicants, which Barry then used to make appointments.

“We used to brag we were way ahead of everyone else in the country,” Howeell said, “due in large part to the leadership shown by Marion Barry.”

Those same sentiments were echoed by the Gertrude Stein Democratic Club, the city’s top LGBT political organization, which issued a statement saying its members were “deeply saddened” by Barry’s death.

“He was a champion for the rights of the underserved and under-represented citizens of the District, which included LGBT residents,” the statement read. “He was one of the first politicians to campaign directly for the LGBT vote and pushed for HIV/AIDS funding during the early stages of the AIDS pandemic. … He was a worthy ally and his presence will be missed.”

Despite criticism from many in the LGBT community — even being rejected outright by Stein members when he sought their endorsement for the Ward 8 seat in his 2012 re-election bid — Barry defended his record on LGBT rights in a Nov. 23 interview with Slate’s Dave Wiegel, claiming “gay marriage is not the only litmus test.” Barry had made similar arguments in the past when the Council considered various LGBT initiatives or appointments, such as when Mayor Vincent Gray (D) named local activists Earline Budd and Alexandra Beninda as the first two transgender women to serve on the D.C. Commission on Human Rights. Barry’s pro-LGBT record extended to other issues, as he supported anti-bullying policies for LGBT schoolchildren, the JaParker Deoni Jones Birth Certificate Equality Amendment Act of 2013, and the repeal of “prostitution-free zones,” which have been criticized for promoting profiling of transgender women.

Budd, whose nomination to the Commission on Human Rights was shepherded through the Committee on Aging and Community Affairs by Barry, remembered the former mayor as a “friend and positive role model for all people” as she extended her condolences to his family.

“As a transgender activist and advocate for the transgender and LGBTQ community, I have always looked at Mayor for Life Marion Barry’s life as an inspiration to me in the daily work that I do,” Budd said. “While Marion Barry might not have been seen as an advocate for transgender and LGBTQ people, he was in his own way as one who wanted equality for all inclusion. … I often believe that God puts ordinary people like Marion Barry in our lives, and that comes with the good and the bad. Even his bad could not outshine the good, because he sincerely was one who loved his people, especially his Ward 8 family.”

Richard J. Rosendall, president of the Gay and Lesbian Activists Alliance (GLAA), likened Marion Barry to former President Bill Clinton for his charm, political savvy and a phenomenal memory paired with an ability to connect personally to people.

“In his early years as mayor, before his addictions got the better of him, he appointed more gay officials than any mayor in the country,” Rosendall said. “I remember him announcing the birth of his son Christopher from the stage at Gay Pride. He was an ally of the LGBT community throughout his mayoral years.”

However, Rosendall also recalled the times he sparred with Barry, particularly after the latter touted his opposition to marriage equality.

“I was greatly disappointed when he opposed marriage equality, and said ‘Shame on you’ to him after he led a call-and-response at an anti-gay rally in Freedom Plaza in the spring of 2009,” Rosendall said. “He replied, ‘I supported you on everything else.’

“That did not mollify me, but it was noteworthy that he and the only other ‘no’ vote on marriage, Ward 7 Councilmember Yvette Alexander, touted their pro-gay credentials from the dais rather than launching into anti-gay screeds,” Rosendall continued. “They were voting with their constituents; but they still, implausible as it seemed were eager not to be thought anti-gay. That was a tribute to how far the LGBT community had come.”

John Riley is the local news reporter for Metro Weekly. He can be reached at jriley@metroweekly.com
← Previous Story Trans Community Calls for Solidarity
Next Story → Transgender Female Assaulted in Dupont Establishment