Rewarding Marriott at the NGLCC Dinner

By John Riley on November 20, 2014 @JohnAndresRiley 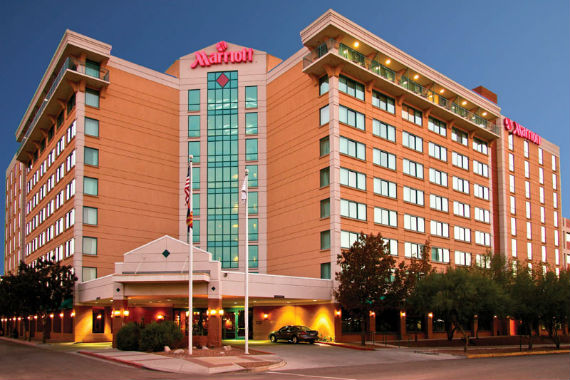 “All of us at Marriott not only want to host same-sex weddings and honeymoons, but we also are prepared to defend your marriage licenses. We will keep working hard to live up to this honor by promoting equality in all we do.”

Matthews will accept the NGLCC’s Corporation of the Year award on behalf of Marriott International, recognized for its LGBT-friendly employment policies and LGBT inclusion in contracting, as well as in its outreach to consumers. The National Gay & Lesbian Chamber of Commerce will honor several other corporations and individuals that have made a significant impact as advocates for the LGBT community as the organization holds its 2014 National Dinner, Friday, Nov. 21 at the National Building Museum in Washington.

The annual gala dinner celebrates the accomplishments of the Chamber, including its success in supporting LGBT-owned businesses and its linking of LGBT business owners and entrepreneurs with LGBT-inclusive corporations and suppliers. The dinner will kick off at 7 p.m., following a reception and silent auction that begins at 5:30 p.m.

Denise Naguib, vice president for sustainability and supplier diversity for Marriott, says the reason the hotel chain has stood out and won praise for its pro-LGBT stances, both in offering benefits to employees and in marketing to consumers, is that it’s based in the company’s identity.

“Hospitality is about being inclusive,” Naguib says. “It’s at the core of our culture.”

The company also sees supplier diversity as an asset to the company, as smaller suppliers or contractors may prove more agile and innovative than traditional companies. That’s one reason why the company participates in NGLCC’s certification process for supplier diversifiers — it allows the company to be exposed to new suppliers or contractors and see what they’re offering. For example, one LGBT firm that Marriott worked with came up with a new way to look at interior design, which later became useful when Marriott was trying to launch a new brand of hotels with a more innovative, modern design.

Marriott has been a leader in promoting workplace diversity, and in providing comprehensive sensitivity training to its employees.

Says Naguib, “I remember something Bill Marriott, our former CEO, said often: ‘If you take great care of your employees, they’ll take good care of the guests and the guests will return again and again.’ Simply put, our approach begins with our own workforce, and extends naturally to all our business relationships and our supplier diversity philosophy. Everyone deserves equal respect.”

In addition to Marriott, NGLCC will present Excel Global Partners, a Texas-based finance and accounting consulting company, with its LGBT Supplier of the Year award, given to the LGBT business that has gone “above or beyond” what is necessary to be an advocate for the LGBT community.

Debra Quade, the manager of supplier diversity at the Kellogg Company, will be honored with Supplier Diversity Advocate of the Year, given to the industry leader who has engaged LGBT business owners and tried to connect them to corporate America by opening up contracting opportunities.

Jason Collins, the first openly gay player in the National Basketball Association, will receive the NGLCC/American Airlines ExtrAA Mile Award, given to a “trailblazer for inclusion,” according to Fulkerson. Collins has used his platform as the first openly gay NBA player to advocate for education, LGBT equality, health care reform and physical fitness.

The National Dinner, in addition to providing entertainment and a chance for entrepreneurs to network and foster working relationships, will celebrate major accomplishments, such as a new supplier diversity measure in California signed into law by Gov. Jerry Brown (D) in September that requires public utilities to grant certified LGBT business enterprises the same contracting opportunities given to other minority-owned firms run by women, ethnic or racial minorities, and disabled veterans.

NGLCC’s 2014 National Dinner will take place on Nov. 21 at the National Building Museum, 440 F St. NW. Tickets are sold out, but those interested may contact events@nglcc.org to be placed on a waiting list. For more information, visit nglcc.org.

John Riley is the local news reporter for Metro Weekly. He can be reached at jriley@metroweekly.com
← Previous Story Taking Account of Details
Next Story → Every Body Welcome