“The international community and civil society are closely following the developments in India and are urging not to discriminate against homosexuality in India.” 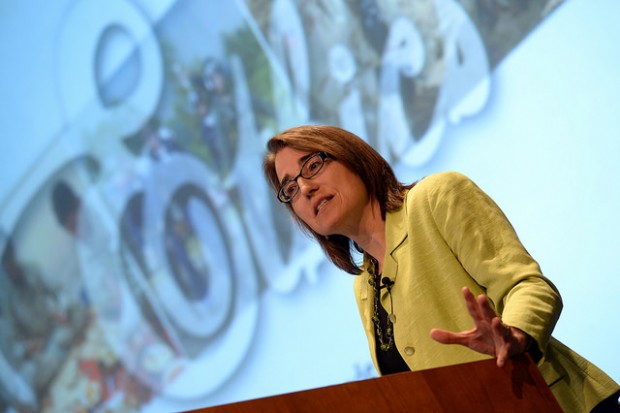 — Sarah Sewall, the State Department’s Under Secretary of State for Civilian Security, Democracy, and Human Rights, in an excerpt from a lecture she delivered in New Delhi, India, entitled “Human Rights: Challenges and Opportunities for the 21st Century,” First Post reports. Sewall made clear that the U.S. State Department doesn’t support Section 377 of India’s penal code — which outlaws sex “against the order of nature.”

“People should not be subjected to violence, discrimination, or any kind of abuse,” Sewall told her audience, “and that is true for Afro-Americans in the United States as well as for LGBT community.” She affirmed that the United States was “repeatedly raising voice against the deep concern about this around the world.”

India’s ban on gay sex stems from the colonial era, during which the British Empire extended its laws to the nations and territories under its control. Section 377 was enacted in 1861, and criminalized “carnal intercourse against the order of nature.” It was repealed in 2009 when the New Delhi High Court ruled that it was unconstitutional, though it was then reinstated in December last year when the Indian Supreme Court overturned the High Court’s decision.