By John Riley on December 2, 2014 @JohnAndresRiley

The D.C. Council on Tuesday unanimously passed a bill that would prohibit the use on minors of conversion or “reparative” therapy, or other “sexual orientation change efforts” that seek to either change sexual orientation or gender identity or eliminate attractions or feelings toward a person of the same sex or gender. 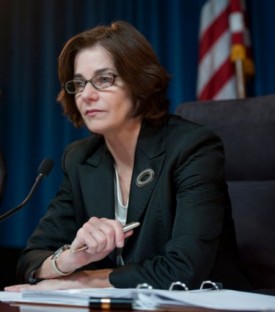 By passing the bill, known as the “Conversion Therapy for Minors Prohibition Amendment Act,” the District joins New Jersey and California in prohibiting licensed therapists from practicing such therapies on those under the age of 18. Therapists found guilty of carrying out such practices on minors would be subject to discipline and penalties, including the potential loss of a license, for failing to “conform to acceptable conduct within the mental health profession” as outlined by existing District law regulating health practitioners.

The bill seeks to prevent minors from being coerced by their parents or guardians into such therapies against their will, instead delaying an individual’s ability to make that decision until they are considered a legal adult. It does not prohibit adults from engaging in conversion or reparative therapy if they so choose, nor does it prohibit non-licensed therapists or religious leaders from offering counseling aimed at combatting same-sex attraction.

Opponents of the bill counter that restricting the ability of licensed therapists to combat unwanted same-sex attractions will only drive the process underground, where it is likely that certain untested practices may be utilized by non-licensed individuals. They also claim that the bill discriminates against those who believe their same-sex attraction or gender dysphoria are unwanted, potentially putting children who wish to enroll in conversion or reparative therapies at risk by preventing them from being able to participate until they are adults.

When the bill was initially considered by the Council’s Committee on Health during a public hearing in June, opponents of the bill had threatened legal action if it were to pass, citing then-ongoing challenges to the New Jersey law. However, in September, the 3rd U.S. Circuit Court of Appeals upheld New Jersey’s ban, which had previously been signed into law by Republican Gov. Chris Christie. That decision mirrored a similar ruling by the 9th U.S. Circuit Court of Appeals in August 2013 that upheld California’s ban, signed into law by Democratic Gov. Jerry Brown.

Mary Cheh, the chief sponsor of the legislation, expressed pride in getting the bill passed in an interview with Metro Weekly.

“I’m obviously very pleased, because this was bad activity and very harmful, and it was being done to children,” Cheh said. “The whole time some were arguing this was reparative therapy of some sort. It’s quackery, and has always been quackery. And it would be one thing if it was ineffective, but it’s actually harmful.”

Cheh rejected the idea that Congress would intervene and seek to halt the law from going into effect.

“They can hardly get organized to do their own business,” she said. “And when they do intrude, it wouldn’t be over something like this. I doubt this would even reach their notice.

“People can always threaten lawsuits, but that’s often the last refuge of scoundrels,” Cheh said, making note of the circuit court decisions upholding the California and New Jersey laws. “They are, as we say, ‘whistling in the breeze.’”

The Human Rights Campaign (HRC), the nation’s largest LGBT civil rights organization, which worked in partnership with the National Center for Lesbian Rights (NCLR) to help organize the coalition supporting the bill, issued a press release celebrating its passage.

“No child should be subjected to this extremely harmful and discredited so-called therapy,” Sarah Warbelow, HRC’s legal director, said in a statement. “While the LGBT youth in our nation’s capital will soon be protected once this bill is signed into law, HRC is committed to making sure these kinds of protections are secured throughout the entire nation.”

NCLR, which launched the #BornPerfect media campaign aimed at protecting youth across the nation from being subjected to conversion therapy, also issued its own statement.

“Today, the D.C. Council sent a powerful message to LGBT youth and their families that they are accepted, supported and loved,” said Samantha Ames, NCLR staff attorney and the coordinator of the #BornPerfect campaign. “The Council has used its authority to protect our most vulnerable youth from dangerous and discredited pseudoscience that tells them who they are is wrong, and reaffirmed the consensus of every major medical and mental health organization that all children are born perfect, regardless of their sexual orientation or gender identity.”

In an email to supporters, Richard J. Rosendall, president of the Gay and Lesbian Activists Alliance, a local D.C.-based LGBT rights organization, thanked NCLR, HRC and their fellow coalition partners for their work on the bill, saying the organization was “proud” to be part of the coalition pushing for the bill’s passage.

“Our youth will be that much safer for our collective effort, and the national movement to protect minors from these dangerous practices will get a boost.” 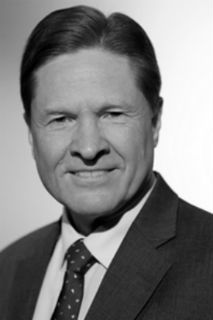 But Peter Sprigg, a senior fellow for policy studies at the Family Research Council, a right-leaning organization that that lobbies on behalf of traditional marriage and opposes efforts to restrict reparative therapies, blasted the Council, saying it had “disregarded powerful testimony by therapists who debunked misconceptions about sexual reorientation therapy and by clients who had benefitted from it.”

“This new law is an outrageous assault upon the freedom of speech of therapists, the freedom of religion of clients who seek help in living lives consistent with their faith, and the privacy of the therapist-client relationship,” Sprigg said. “Laws like the ones in California, New Jersey and now in D.C. are completely unprecedented. Never before has a state outlawed a form of mental health counseling based not upon the techniques used, but solely upon the goal which the client seeks to achieve. This is a shocking violation of the longstanding ethical principle of client autonomy.

“There is no scientific research demonstrating that sexual orientation change efforts cause harm to minors – none,” Sprigg continued. “States and jurisdictions should respect the privacy of the therapist-client relationship, not impose restrictions that prevent young people from getting the help that some so desperately want.”

Representatives of the International Healing Foundation (IHF), a Maryland-based organization that seeks to help people combat their unwanted same-sex attractions, were not immediately available for comment. Several employees and clients of IHF were among those who testified against the bill in June.

The bill now heads to Mayor Vincent Gray (D), a strong ally of the LGBT community, who is expected to sign it into law. It then must undergo a required 30-day congressional review period, after which, if it is not challenged by a member of Congress, will then go into effect.