Home / Life + Leisure / Technology / Lamborghini will sell you a branded smartphone — for $6,000

Lamborghini will sell you a branded smartphone — for $6,000 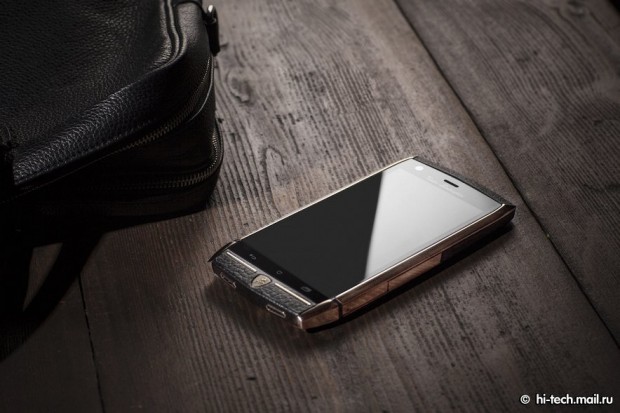 Yes, dear readers, you read that correctly. Lamborghini, makers of raucously fast Italian supercars, is selling its own-brand 88 Tauri smartphone for an eye-watering $6,000.

The automaker’s luxury goods arm, Tonino Lamborghini, is offering its second smartphone to willing customers. It’s part of a rather exclusive club devoted to those who’d rather splash some serious cash on a device than settle for the iPhones and Galaxy devices of the plebs. It’s a market in which Vertu and Porsche Design (Porsche, of course, being one of Lamborghini’s supercar rivals) glean thousands of dollars from rich folks with more money than sense. Vertu, for instance, offers its Vertu Signature Touch device for a rather eye-watering $10,800 — and that’s just the starting price. Buy Vertu’s Vertu for Bentley model, named for the British car company, and you’ll be forking over $17,100. Take a liking to their Pure Jet Alligator Diamonds version, which — you guessed it — comes in black alligator skin with half a carat of diamonds in the body, and you’ll be paying a staggering $21,700. For those outlandish prices, you’d expect the hardware to run on the bleeding edge. Well, you’ll be sorely disappointed — while its audio is tweaked by Bang & Olufsen (complete with ringtones by the London Symphony Orchestra) and the 13MP camera lens comes from Hasselblad, the Vertu comes with the same internals as many Android flagships which launched at the start of this year.

Porsche Design almost looks reasonable for asking a mere $1,650 for its P’9983 device — until you learn that it’s designed in conjunction with BlackBerry. Anything more than $500 is too much for a device saddled with BlackBerry’s aging, hamstrung OS. 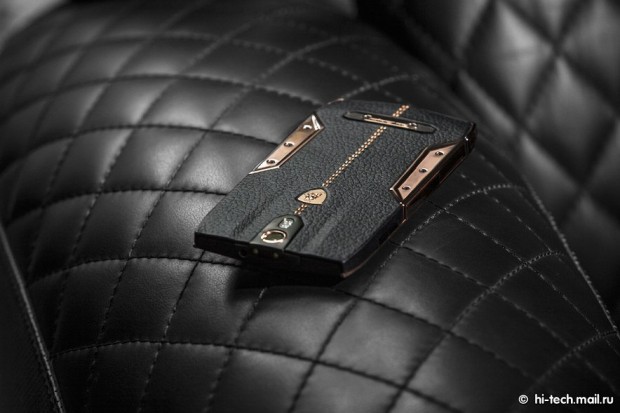 What, then, is Lamborghini bringing to the party? If its phone is anything like its cars, it’ll be outlandishly styled and crammed with power, and surprisingly, it doesn’t seem too far off that mark. The 88 Tauri will, according to the Russian site which scooped the story, Hi-Tec.Mail, be powered by the Snapdragon 801 (which has since been replaced by the 805), mated to 3GB of RAM and 64GB of internal memory. Cameras are expected to be a 20MP main shooter and an 8MP front facing camera for perfectly clear business selfies, while there’s a hefty 3,400 mAh battery to power you through a full day’s work. The Full HD screen is a rather standard 5-inches. 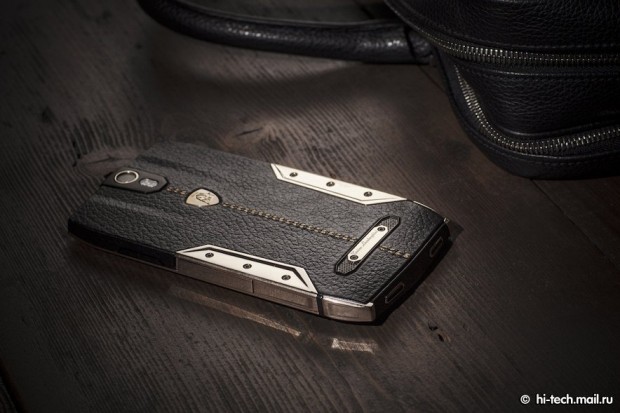 So, apart from a beefier front camera and a slightly smaller screen, it’s basically Sony’s Xperia Z3 flagship inside. Outside, though, it’s far from ordinary. Crafted from steel and leather, which can be colored black, blue, red, orange or brown with matching hand embroidered stitching, it’s certainly a unique device to look at. Is it worth $6,000, though? Honestly, we’re not sure. A lot of the price seems to be the Lamborghini name and the relative exclusivity — just 1,947 will be produced — but aside from that, the 88 Tauri is a rather tame Android smartphone. It won’t even be running the latest version of the OS, instead coming with 4.4 KitKat. Apparently, it’ll go on sale this month, but we have to question the motives of those who’d seek to buy it. If you want an expensive, cutting edge smartphone, do what other people do with more money than sense: buy an iPhone or flagship Android device and have it plated with gold or coated in diamonds. Seriously, there’s a company that will take HTC’s aluminum One M8 and plate it in 24K gold, rose gold, or platinum, starting at a cool $2,600. Now that’s ostentatious.