“My death needs to be counted in the number of transgender people who commit suicide this year. I want someone to look at that number and say ‘that’s fucked up’ and fix it. Fix society. Please.” 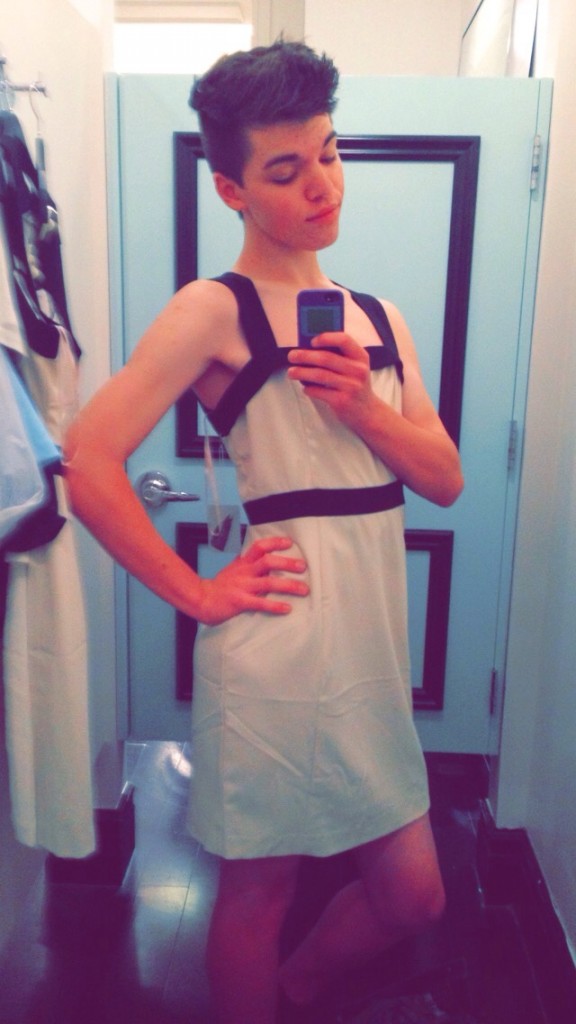 — Leelah Alcorn, a 17-year-old transgender teen from Ohio, in a Tumblr post written before she stepped in front of a truck on Interstate 71 in an apparent suicide. Alcorn left the post in her Tumblr queue and it went live after her death. In the note, Alcorn blames her parents — who refused to accept her identity due to their religious beliefs — and the isolation they subjected her to, from both school, social media and friends, as part of her decision to end her life. “They felt like I was attacking their image, and that I was an embarrassment to them. They wanted me to be their perfect little straight christian boy, and that’s obviously not what I wanted.”

“Mom and Dad: Fuck you. You can’t just control other people like that. That’s messed up,” Alcorn wrote in a second note, which offered apologies to her siblings and friends.

Alcorn’s mother, Carla Wood Alcorn, wrote on her Facebook page, disregarding Leelah’s gender identity in her post. “My sweet 16 year old son, Joshua Ryan Alcorn went home to heaven this morning. He was out for an early morning walk and was hit by a truck. Thank you for the messages and kindness and concern you have sent our way. Please continue to keep us in your prayers,” she wrote.

If you are reading this, it means that I have committed suicide and obviously failed to delete this post from my queue.

Please don’t be sad, it’s for the better. The life I would’ve lived isn’t worth living in… because I’m transgender. I could go into detail explaining why I feel that way, but this note is probably going to be lengthy enough as it is. To put it simply, I feel like a girl trapped in a boy’s body, and I’ve felt that way ever since I was 4. I never knew there was a word for that feeling, nor was it possible for a boy to become a girl, so I never told anyone and I just continued to do traditionally “boyish” things to try to fit in.

When I was 14, I learned what transgender meant and cried of happiness. After 10 years of confusion I finally understood who I was. I immediately told my mom, and she reacted extremely negatively, telling me that it was a phase, that I would never truly be a girl, that God doesn’t make mistakes, that I am wrong. If you are reading this, parents, please don’t tell this to your kids. Even if you are Christian or are against transgender people don’t ever say that to someone, especially your kid. That won’t do anything but make them hate them self. That’s exactly what it did to me.

My mom started taking me to a therapist, but would only take me to christian therapists, (who were all very biased) so I never actually got the therapy I needed to cure me of my depression. I only got more christians telling me that I was selfish and wrong and that I should look to God for help.

When I was 16 I realized that my parents would never come around, and that I would have to wait until I was 18 to start any sort of transitioning treatment, which absolutely broke my heart. The longer you wait, the harder it is to transition. I felt hopeless, that I was just going to look like a man in drag for the rest of my life. On my 16th birthday, when I didn’t receive consent from my parents to start transitioning, I cried myself to sleep.

I formed a sort of a “fuck you” attitude towards my parents and came out as gay at school, thinking that maybe if I eased into coming out as trans it would be less of a shock. Although the reaction from my friends was positive, my parents were pissed. They felt like I was attacking their image, and that I was an embarrassment to them. They wanted me to be their perfect little straight christian boy, and that’s obviously not what I wanted.

So they took me out of public school, took away my laptop and phone, and forbid me of getting on any sort of social media, completely isolating me from my friends. This was probably the part of my life when I was the most depressed, and I’m surprised I didn’t kill myself. I was completely alone for 5 months. No friends, no support, no love. Just my parent’s disappointment and the cruelty of loneliness.

At the end of the school year, my parents finally came around and gave me my phone and let me back on social media. I was excited, I finally had my friends back. They were extremely excited to see me and talk to me, but only at first. Eventually they realized they didn’t actually give a shit about me, and I felt even lonelier than I did before. The only friends I thought I had only liked me because they saw me five times a week.

That’s the gist of it, that’s why I feel like killing myself. Sorry if that’s not a good enough reason for you, it’s good enough for me. As for my will, I want 100% of the things that I legally own to be sold and the money (plus my money in the bank) to be given to trans civil rights movements and support groups, I don’t give a shit which one. The only way I will rest in peace is if one day transgender people aren’t treated the way I was, they’re treated like humans, with valid feelings and human rights. Gender needs to be taught about in schools, the earlier the better. My death needs to mean something. My death needs to be counted in the number of transgender people who commit suicide this year. I want someone to look at that number and say “that’s fucked up” and fix it. Fix society. Please.

Rhuaridh Marr is Metro Weekly's managing editor. He can be reached at rmarr@metroweekly.com.
← Previous Story Newsweek reports on the difficulties of being LGBT in India
Next Story → TLC Defends My Husband’s Not Gay, which features former ex-gay activist