“Russia recognizes and does not infringe on the rights of non-traditional sexual orientation.” 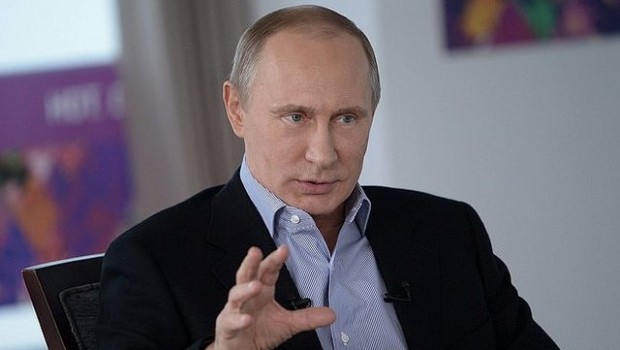 — Russian President Vladimir Putin, speaking with Russian news agency TASS. Putin claimed that Western assertions that his government was homophobic were “a label … attached to the Russian Federation by other countries, especially by those which have criminal responsibility for people of non-traditional sexual orientation.” In his state of the nation address, Putin made clear that Russia’s priority was “the family,” but told TASS that “This should not be considered as our intention to persecute people of whatever non-traditional orientation.” He continued, adding that being openly gay was not a criminal offense under Russian law. “We are not punishing anyone. But traditional family, healthy nation — those are our choices. One does not exclude the other, and one does not affect the other. I believe, a balanced approach like this is absolutely correct.”

Last year, President Putin signed into law Russia’s LGBT propaganda law, which protected children from “information advocating for a denial of traditional family values.” While the law doesn’t criminalize same-sex relationships or sexual activity, it amended child protection laws to prevent “propaganda” being distributed amongst the nation’s youth which teaches them about “non-traditional sexual relationships.” As a result, LGBT youth in Russia will grow up without any literature telling them that their sexuality or gender identity is normal and healthy, and will instead be taught that heterosexuality is correct. Putin defended the law, telling TASS, “A society, which cannot protect children, does not have future.”

Rhuaridh Marr is Metro Weekly's managing editor. He can be reached at rmarr@metroweekly.com.
← Previous Story FDA panel fails to reach a consensus on gay blood ban
Next Story → Gay villain on CW’s ‘The Flash’ is “a huge step forward”