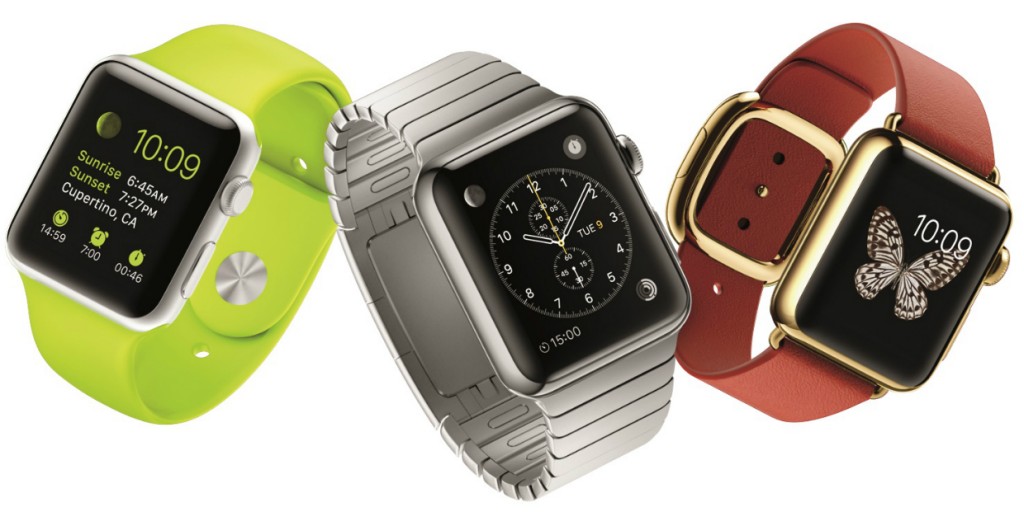 Apple CEO Tim Cook has confirmed that the company’s much anticipated smartwatch will go on sale this April.

In an earnings call, Cook told reporters that Apple is “making great progress in the development of [the Watch],” according to The Verge. He added that developers who’ve started crafting apps for the device have produced “some incredible innovation.”

Cook offered no further details on the Watch — he was more interested in reporting the company’s biggest quaterly profits ever, with a net profit of $18 billion in its fiscal first quarter, on the back of selling 74.5 million iPhones over the holidays.

The Watch will come in three editions when it launches, with a price starting at $349. The standard version comes in a stainless steel casing, while the Watch Sport — intended, unsurprisingly, for more active customers — swaps the metal for aluminum. The Apple Watch Edition features 18-karat gold or rose gold, and could cost $5,000 when it becomes available to consumers.