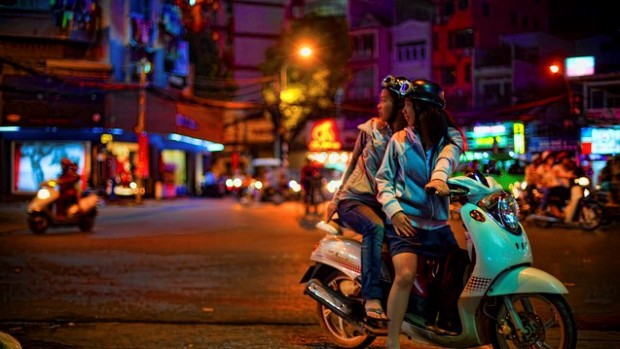 The country’s Communist government removed a specific regulation prohibiting “marriage between people of the same sex,” the Bangkok Post reports. While the ruling, which came into effect on New Year’s Day, allows same-sex couples to wed without fear of criminal prosecution, Vietnam’s Communist Party stopped short of extending any rights or privileges to the new unions — the government won’t recognize same-sex unions nor provide legal protection to them, giving the marriages a second-class status compared with heterosexual marriage.

Still, the move has been hailed as a victory for LGBT people, as well as an important step in aiding Vietnam’s $9 billion tourism industry. “This makes Vietnam a leader in Asia,” Jamie Gillen, researcher of culture geography at the National University of Singapore, told Bangkok Post. Indeed, in Southeast Asia, while Cambodia, East Timor, Indonesia, Laos, the Philippines, Thailand and Vietnam have all either decriminalized same-sex sexual activity or have never criminalized it in the first place, only Vietnam has allowed LGB people to marry. That’s not to say that Vietnam is now a leader on LGBT rights — though it recognizes sex changes in people with congenital sex defects and those with unidentifiable sex, the Philippines and Thailand allow gay people to serve in all areas of the military and both have either local or national anti-discrimination ordinances, neither of which Vietnam permits. Still, it’s certainly doing a better job than some of its neighbors. “Singapore just reaffirmed its ban on homosexual behaviours,” Gillen added, referencing a decision by a court in October to reject a legal challenge to the country’s anti-gay laws. “Vietnam is trying to pitch itself as a tolerant and safe country.”

“It’a getting out that Vietnam is a more friendly place,” the director of Utopia Asia told the Bangkok Post. “Gays in Vietnam are certainly becoming more open. It has not ruffled any feathers as it might in some other countries in Southeast Asia. It will have a positive effect on tourism.” The owner of Gay Hanoi Tours stated that the change in law, “indicates to everyone that Vietnam is opening up more and welcomes everyone. Vietnam is changing very quickly. There are bigger gay communities and gay events.”

Still, while the government’s move to decriminalize same-sex marriage is commendable, it failed to fully recognize the new unions under law. “They say the society in Vietnam needs some time to accept gay and lesbians in general,” stated Luong The Huy, legal officer at the Institute for Studies of Society, Economy and Environment in Hanoi, adding that the repealing of the ban made it clear to society at large that “same-sex marriage is not harmful to society.” Of course, the arrival of openly gay US ambassador Ted Osius in December has certainly helped matters — not least because he brought his husband, Clayton Bond, and their son with him. “He promotes a very good image of a very successful person who is gay,” Mr Huy said.

Of course, before you run off to book your vacation to Vietnam, it’s important to remember that while this is a small step towards greater equality and equal rights for LGBT people, the government’s overall record on human rights is weak, to say the least. According to Human Rights Watch, the Communist government suppresses “virtually all forms of political dissent, using a broad array of repressive measures,” while “freedom of expression, association and public assembly are tightly controlled.” Still, Vietnam’s relaxing of its laws against gay people should be commended, especially given some of its neighbors. Singapore, Malaysia, Burma and Brunei all have laws against homosexuality — Brunei even mandates death by stoning as punishment for it. If Vietnam can help inspire change in some of its fiercely homophobic neighbors, that will certainly be something worth celebrating.

Rhuaridh Marr is Metro Weekly's online editor. He can be reached at rmarr@metroweekly.com.
← Previous Story ISIS executes gay man by throwing him from roof
Next Story → Russia has banned transgender people from driving