By John Riley on February 3, 2015 @JohnAndresRiley 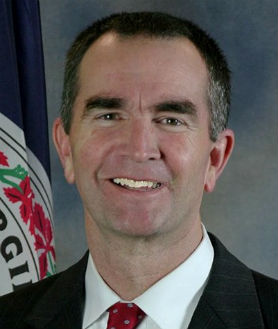 LGBT advocates in Virginia breathed a sigh of relief on Tuesday after the Senate narrowly passed two pro-LGBT bills, chief among them a measure to prohibit discrimination in public employment, which deadlocked on a 19-19 vote, requiring Lt. Gov. Ralph Northam (D) to cast the tie-breaking vote in favor of moving the measure from the Senate to the House of Delegates.

Sen. Donald McEachin (D-Richmond City, Ashland, Charles City), the chief patron of SB785, the nondiscrimination bill, noted prior to the vote that the last four governors of the commonwealth — Mark Warner (D), Tim Kaine (D), Bob McDonnell (R) and Terry McAuliffe (D) — had all taken “bites at the apple,” in terms of prohibiting discrimination in hiring, with the three Democrats issuing executive orders that specifically banned discrimination based on sexual orientation or gender identity in state employment. McEachin’s bill seeks to take the framework of those executive orders and make it a permanent part of the Code of Virginia, so that all public employees can have workplace protections. 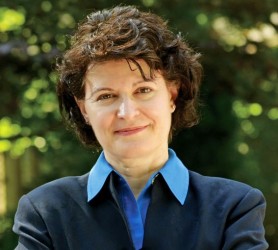 Besides McEachin, Sen. Barbara Favola (D-Arlington, McLean, Potomac Falls) was the only other person to speak about the bill prior to the vote. Favola asked her colleagues to support the bill, saying it embodied “values like equal opportunity, fairness, and equal treatment,” which she said are not just American values, but distinctly Virginian values. Favola then cited statistics to bolster her claim that the legislation is needed to ensure equal economic opportunities for members of the LGBT community in the commonwealth, ending her speech with a plea to her fellow senators to “vote to make our state a little more equal.”

Seventeen Democrats and two Republicans — Sen. Jill Holtzman Vogel (R-Upperville, Winchester, Aldie, Jeffersonton) and Sen. John Watkins (R-Midlothian, Bon Air, Richmond City) — voted in favor of the bill. Senators Linda “Toddy” Puller (D-Mount Vernon, Woodbridge, Quantico) and Louise Lucas (D-Portsmouth, Sussex, Franklin, Emporia) were not present in the chamber, but both have previously expressed support for the measure and have voted in favor of employment nondiscrimination bills in previous sessions.  Senators Frank Wagner (R-Virginia Beach, Norfolk) and Tommy Norment (R-Williamsburg, Poquoson, Suffolk, King and Queen Court House), who had previously voted for nondiscrimination in state employment, sided with the other 12 senators who have consistently rejected any bill dealing with LGBT nondiscrimination, as well as Sen. Ben Chafin (R-Lebanon, Norton, Tazewell, Radford), whose victory in a special election last year flipped control of the chamber to the Republicans following the controversial retirement of Democratic Sen. Phil Puckett.

The Senate also voted, 20-18, to pass SB1211, a bill patroned by Sen. Adam Ebbin (D-Alexandria, Arlington, Belle Haven), which seeks to amend gender-specific terms in the Code of Virginia to be gender-neutral to better reflect realities surrounding the legalization of same-sex marriage in the commonwealth. Ebbin’s bill would take terms like “husband” and “wife” or “mother” and “father” and change them to “spouse” and “parent.” If implemented, the changes would update Virginia’s laws governing issues like marriage, adoption, inheritance or property rights that typically deal with legally-recognized families or relatives, which now, in practice, includes families headed by same-sex couples. Norment, Watkins, and Sen. Walter Stosch (R-Glen Allen, Dumbarton, Tuckahoe) crossed over to vote with Democrats to pass the measure.

James Parrish, the executive director of LGBT rights organization Equality Virginia, issued a statement in response to the passage of both bills.

“Workplace nondiscrimination is a priority issue for Equality Virginia, and we are pleased to see SB785 pass the Senate with bipartisan support,” Parrish said. “Fairness and inclusion are mainstream values shared by the majority of Virginians and the commonwealth’s top employers. It is time for the Commonwealth of Virginia to follow the lead of the business community by passing a law to protect LGBT employees.”

“SB1211 is a commonsense bill that ensures the rights and responsibilities of married couples are clear under the law,” Parrish continued. “Updating the Code of Virginia to reflect marriage equality is the right thing to do, and it clarifies that all legally married spouses are included under Virginia law.

“The majority of Virginians want to see LGBT families and individuals welcomed in Virginia and treated equally under the law,” Parrish added. “These bills are about ensuring that Virginia is welcoming to all families and businesses, and, if passed, will ultimately make the commonwealth a better place for all of us to live, work, and play.”

Both measures will now go to the House of Delegates, where it is likely they will be killed by being assigned to a hostile subcommittee. Taking orders from House leadership, led by Speaker Bill Howell (R-Fredericksburg, Stafford, Aquia Harbor), Republican delegates controlling committees or subcommittees have killed any bills even referencing lesbian, gay, bisexual or transgender people to prevent them from receiving a vote of the full chamber. Two of those defeated bills dealt with prohibiting discrimination in public employment based on sexual orientation or gender identity, and two others that were rejected were similar in scope to Ebbin’s bill, including one — HJ546, patroned by Del. Rip Sullivan (D-McLean, Arlington) — that simply asked for a study of what the effect would be of changing gender-specific terms to gender-neutral terms, without requiring any such changes to be made.

“They don’t want to be on record as supporting a gay rights bill,” Parrish said of the lack of support for such measures among Republican delegates in the House. “They’re much more concerned about losing a primary to a more conservative challenger than they are about losing the general election to a Democrat.”

In an interview with Metro Weekly, Parrish also explained how strong and well-supported right-wing lobbying or policy organizations are in getting their message across, and, particularly, in forcing delegates — even those from districts where the populace is socially liberal or moderate — to vote against any piece of legislation that either directly advances or can even be interpreted to be supportive of LGBT rights.

“If you go to any committee meeting on LGBT bills, there are three men speaking out against it: one representing the Family Foundation, one representing the Catholic Conference, and one representing the retired Baptist ministers’ group,” Parrish said. “And it’s the same three gentlemen. The standing ground is to make sure that words like ‘sexual orientation’ and ‘gender identity’ never make it into the Code of Virginia. They are wise enough to know that success in one place will breed success in other places. So they stand strong and united against what I would say are religious values: fairness and equality and compassion. But we’re just asking not to fire somebody because of their sexual orientation, we’re not saying you have to hire gay people.”

Editor’s Note: This post was updated to include more information on the votes for SB785 and SB1211.

John Riley is the local news reporter for Metro Weekly. He can be reached at jriley@metroweekly.com
← Previous Story LGBT Discrimination by Government Contractors Defeated
Next Story → Fledgling Eaglet