By John Riley on February 13, 2015 @JohnAndresRiley 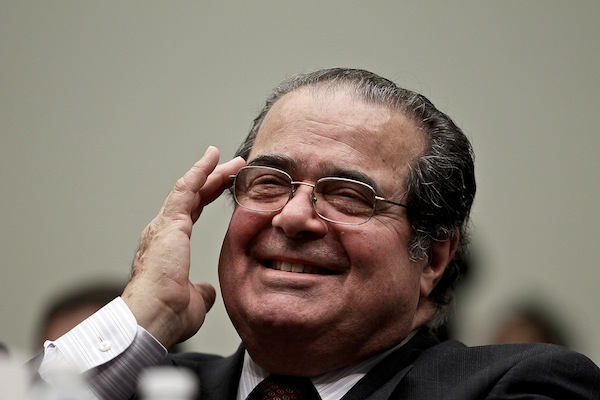 Scalia defended his conservative views, saying he believes that in a democracy the majority of people get to decide on rights not specifically enumerated in the U.S. Constitution. Scalia also said that the Constitution should be interpreted with an “originalist understanding” that is not “subject to whimsical change by five of nine votes on the Supreme Court.” Court observers believe that comments made by both Scalia and Ginsburg at Thursday’s event are telegraphing how they will rule when several cases challenging the constitutionality of bans on same-sex marriage are heard by the Supreme Court later this year.

John Riley is the local news reporter for Metro Weekly. He can be reached at jriley@metroweekly.com
← Previous Story Preview: Our exclusive interview with Seth MacFarlane
Next Story → Texas County Clerk Says No Gay Marriages “Just Yet”