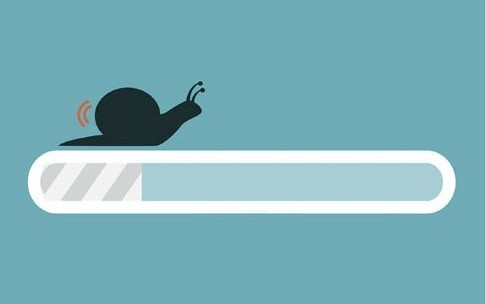 Are you happy with your internet connection? It’s an important question, and one the folks at the Federal Communications Commission (FCC) must ask on a daily basis. Tasked with overseeing our broadband connections (among many other things), the FCC is also in charge of keeping the many telecommunications companies in check, as well as setting the guidelines for the connection we use to update our Facebook, watch cat videos on YouTube, and browse Tumblr for amusing GIFs.

It’s been a busy week at the FCC, at least for broadband, with proposed changes to internet guidelines and plans to revamp the way internet connections are managed at state level. The most important news for U.S. consumers, though, is that the very definition of broadband itself has been updated. Until now, for a company to sell broadband it had to ensure that a customer would receive a minimum of 4 Mbps download and 1 Mbps upload speed. In modern terms, they don’t amount to much — Netflix recommends 5 Mbps down for HD content and up to 25 Mbps down for its 4K content — and the FCC itself calls the standard, mandated in 2010, “dated and inadequate.”

One fifth of rural America lacks access to 4 Mbps broadband.

The FCC now hopes that slow broadband will become a thing of the past. In a vote last week, commissioners chose to greatly increase the standard by which broadband will be held accountable — in order to sell the service to consumers, a company must now offer at least 25 Mbps down and 3 Mbps to classify it as broadband. With the new standard in place, 55 million people (17 percent of the total population) are now classified as lacking broadband, while over half of those living in rural areas lack access to services which can offer the FCC’s updated speeds. Indeed, those living in rural areas are dealt the harshest hand — one fifth of rural America lacks access even to the 2010 standard of 4 Mbps down.

Of course, while updated standards are good for consumers, at least at face value, the FCC lacks the power to force telecoms companies to deploy the faster speeds immediately. The new standard only applies to the report the FCC issues annually on the state of broadband in America — the FCC can’t force companies to adopt it. It can, its report notes, take “immediate action” if broadband isn’t being deployed to consumers in a “reasonable and timely fashion,” but Verizon, Comcast, AT&T et al will be the ones who roll the speeds out to customers, and they’ll likely do so at their own pace — which will be nothing short of glacial. A week before the updated standards were voted on, the National Cable & Telecommunications Association wrote to the FCC asking them not to update the broadband definition. It noted that any updated standard would have “no regulatory significance” and that if the FCC attempted to use the new benchmark for broadband in a regulatory capacity, such as “determining support levels under the Connect America Fund (CAF) or deciding which entities should be subject to open Internet rules,” it would lead to “inevitable tensions.” In short? Telecoms don’t want faster speeds, but the FCC is going to start marking them down for not achieving them regardless. As FCC Commissioner Jessica Rosenworcel stated of the new 25 Mbps benchmark, “I think our new threshold, frankly, should be 100Mbps.”

The FCC isn’t stopping at merely redefining what it thinks are acceptable broadband speeds. According to reports, it’s planning to alter not only the way the internet functions, but also the way it can be deployed at state level.

With the former, what’s at stake here is something which has been in the public eye since John Oliver eloquently ranted about it on Last Week Tonight: net neutrality. Essentially, it’s the idea that all data on the internet should be treated equally, regardless of source or content, in the way it’s delivered from its origin to its end point. The government, telecoms companies and service providers wouldn’t treat a Netflix stream, or an iTunes download, or someone browsing Pinterest any differently from one another in the speed and stability of their connection. Unsurprisingly, telecoms have actively fought against net neutrality, as it would stop them from offering internet “toll roads,” where companies can pay (or are forced to pay) in order to access faster internet connections.

“It is extortion when Comcast fails to provide its own customers the broadband speed they’ve paid for.”

Netflix, for instance, accused Comcast of “extortion” after it found that Netflix users were having their broadband speeds throttled by Comcast to limit data consumption. “It is extortion when Comcast fails to provide its own customers the broadband speed they’ve paid for unless Netflix also pays a ransom,” the company said in a statement. That ransom? A deal negotiated with Comcast last year that saw Netflix paying the company in order to unlock speeds for Netflix customers on Comcast connections, a deal which Netflix stated it “grudgingly paid to improve performance for our mutual customers, a precedent that remains damaging for consumers (who ultimately pay higher costs) and for other innovative businesses (that can be held over the barrel by Comcast to do the same).”

According to an editorial for Wired by FCC chairman Tom Wheeler, however, such extortion could soon be a thing of the past. The FCC are apparently seeking to reclassify the internet as a telecoms service under Title II of the Telecommunications Act. In essence, that would make internet service a public utility, a classification currently applied to landline telephones (yes, some people still have those), and would prevent any telecom company from charging a business to access faster connections or allow any entity to pay extra to have traffic from its service be prioritized over others.

“Broadband network operators have an understandable motivation to manage their network to maximize their business interests,” Wheeler wrote. “But their actions may not always be optimal for network users…. My proposal assures the rights of internet users to go where they want, when they want, and the rights of innovators to introduce new products without asking anyone’s permission. All of this can be accomplished while encouraging investment in broadband networks.”

If the FCC chooses to approve Wheeler’s proposal and reclassify the internet as a public utility, it’ll mean intensified regulation and scrutinization of telecoms by the FCC — can you guess why Time Warner et al are opposed to it?

As if that weren’t enough, according to The Washington Post the FCC is also exploring the possibility of draft proposal which would seek to curtail state laws which hinder municipal internet access in Tennessee and North Carolina. Municipal internet access is, essentially, publicly-owned internet access, provided by local governments to offer a wider variety of choice in areas where traditional telecoms can’t or won’t compete. In Wilson, North Carolina, for instance, Greenlight is a publicly owned utility offering fiber-to-the-home internet to residents, with speeds up to 100 Mbps at affordable prices — Time Warner previously offered the city’s fastest speeds, at a paltry 10 Mbps.

By encouraging greater competition between private and public telecoms services, consumers will ultimately be the ones to benefit.

Why is the FCC getting involved? Tennessee, North Carolina and nineteen other states have laws that place limits (or outright ban) on local government-operated services, after pressure — and money — from traditional telecoms who refused to compete with the faster, cheaper services. To quote the Washington Post, if the FCC approved the proposal it would “effectively knock down the state laws that the cities say inhibit them from building viable competitors to the likes of Comcast and Verizon.” The FCC’s proposals apparently only target laws in Tennessee — which restricts publicly-owned broadband to specific areas — and North Carolina — which mandates that publicly-owned services can’t be cheaper than private telecoms — but could ultimately impact states with similar laws and restrictions.

Republicans, of course, would likely try to block the FCC from doing so. While the Commission could argue that it’s authorized to promote the deployment of broadband under Section 706 of the Communications Act, those in the GOP favor private solutions to broadband deployment. Indeed, Senator John Thune (R., South Dakota) and House Rep. Fred Upton (R., Michigan) have co-sponsored a bill which would limit the FCC’s influence under Section 706 — and, as a result, stop it from using the law to regulate broadband.

The FCC would likely suggest that, by encouraging greater competition between private and public telecoms services, consumers will ultimately be the ones to benefit.

Rhuaridh Marr is Metro Weekly's online editor. He can be reached at rmarr@metroweekly.com.
← Previous Story Apple Watch hits stores in April
Next Story → NSA hacked the company that makes your SIM card