The International Geneva Motor Show is something of a glass cookie jar for Americans. Each year, various European manufacturers display gorgeous models which will never reach our shores, tempting us with their small hatchbacks, sporty sedans and powerful diesels.

It’s not all bad news, though. As with any name brand auto show, Geneva also plays host to dozens of concept cars, offering glimpses of the future of design, speed and technology in the automotive world. With that in mind, we’ve picked 6 of the snazziest concept autos worthy of your attention. 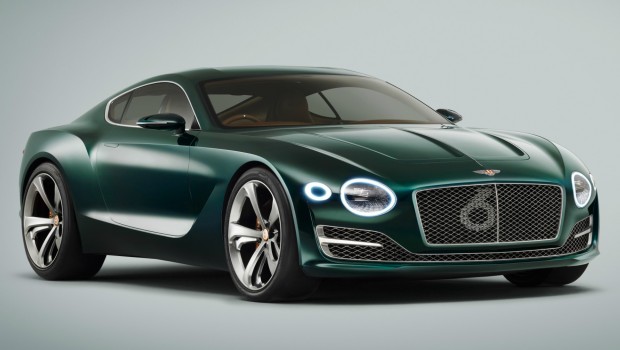 Bentley, also known as the lesser Rolls Royce (we jest, of course), has been steadily improving its cars over the past decade. Its rebirth under Volkswagen started out as one, fairly average luxury coupe with the Continental GT, but has evolved into a family of excellent luxury cars. 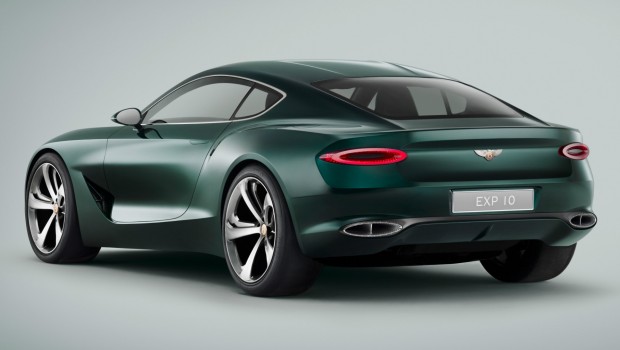 Now, the British brand has crafted what it sees as the future of luxury and performance — and if we’re the judge, that’s one damn handsome future. Finished in British Racing Green (naturally), the concept takes cues from the 2016 Continental GT as well as classic hallmarks of the brand’s luxury coupes: long hood, short, muscular rear, bold grille. Blended in are modern design elements, such as quad LED headlights or swan-wing doors, while inside you’ll find enough luxurious appointments to make a Mercedes S-Class feel like a Nissan Versa. Aluminum, quilted Poltrona Frau leather, cherry wood, a large, curved touch screen, and a blend of steel and copper to create 3D textures. 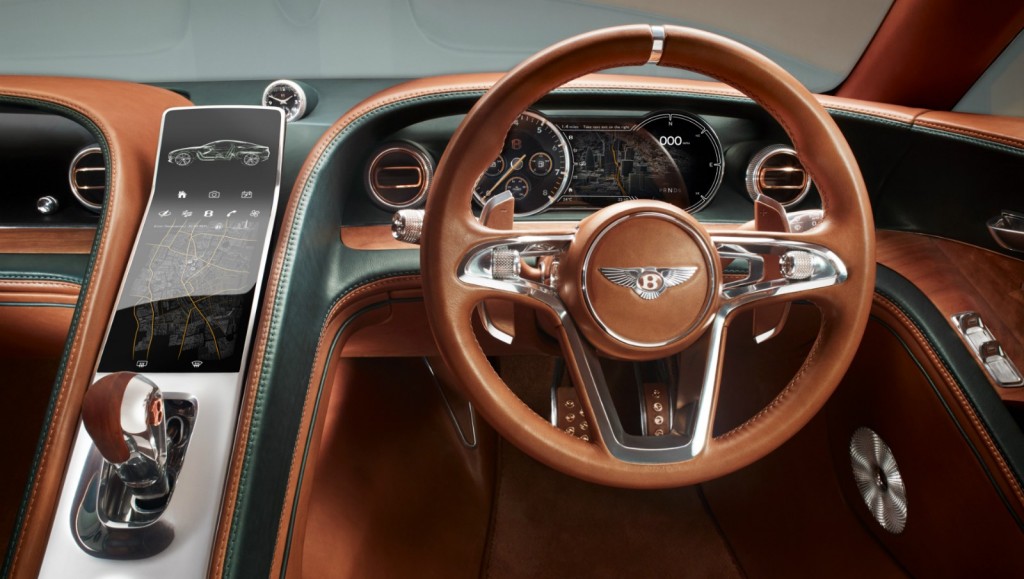 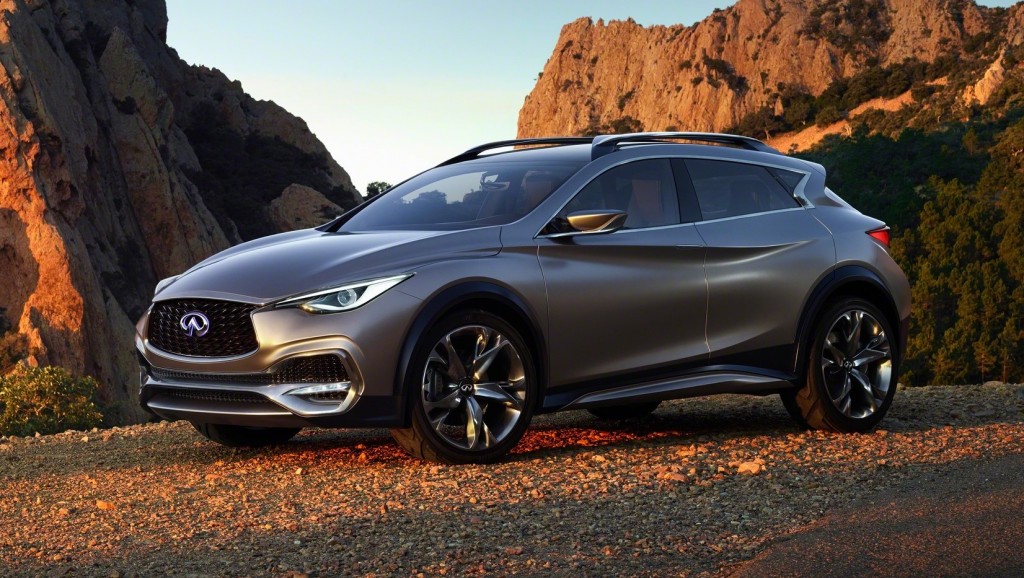 Infiniti has been teasing a compact, premium crossover for a while, but Geneva is the first place we’ve been able to get an idea of what the Japanese firm has in mind. All told? We like it. 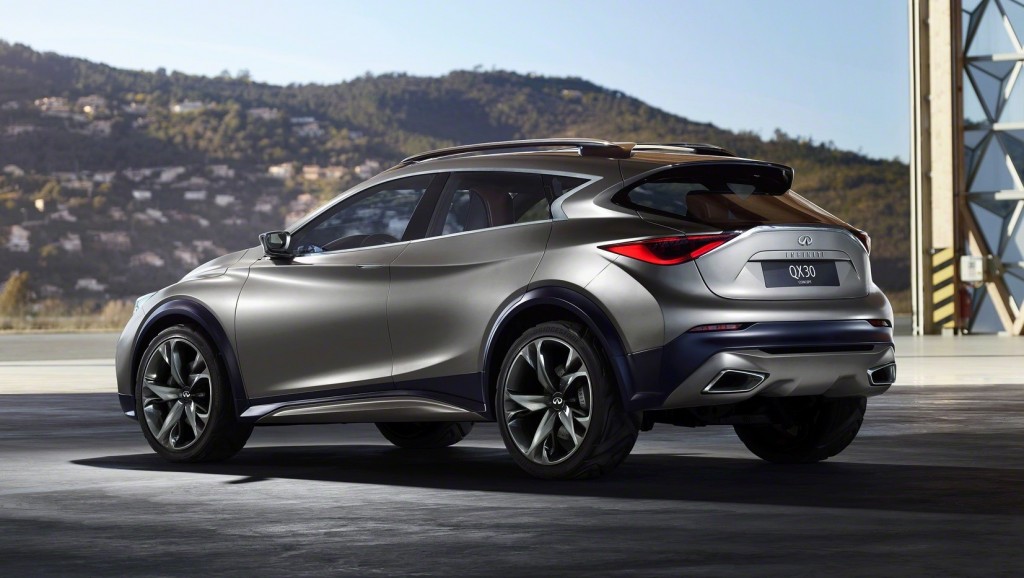 There’s a lot here that won’t make production, such as the incredible, leather-wrapped U-shaped seat frames, the roof rails which deliberately obstruct the view through the sunroof, or the LED lighting in the exterior and interior. Still, if Infiniti can translate the QX30 Concept’s bold, curvaceous styling to the production model without diluting its appeal, we think they’ve got a serious rival for the Audis, BMWs and Mercs that dominate the segment. 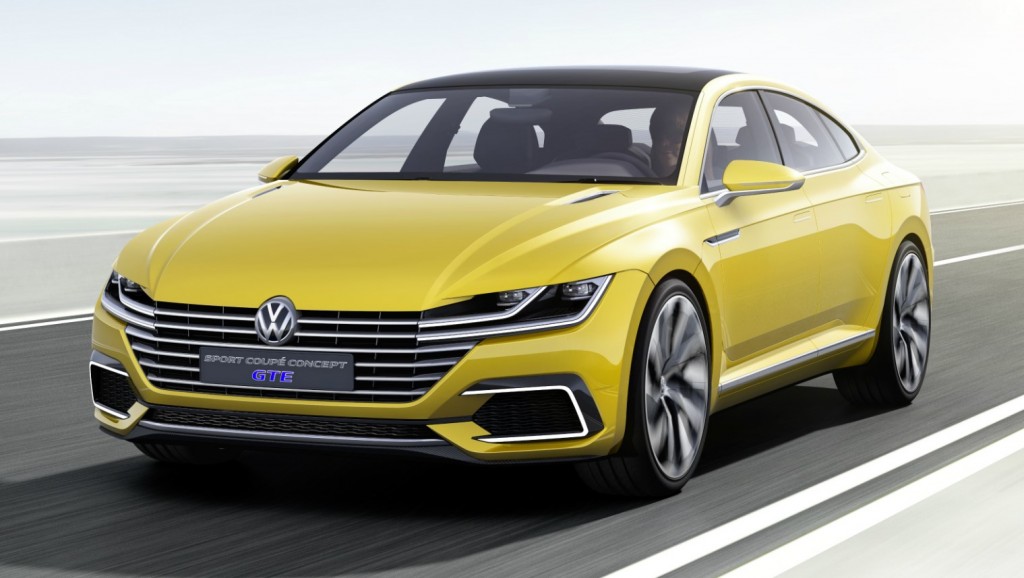 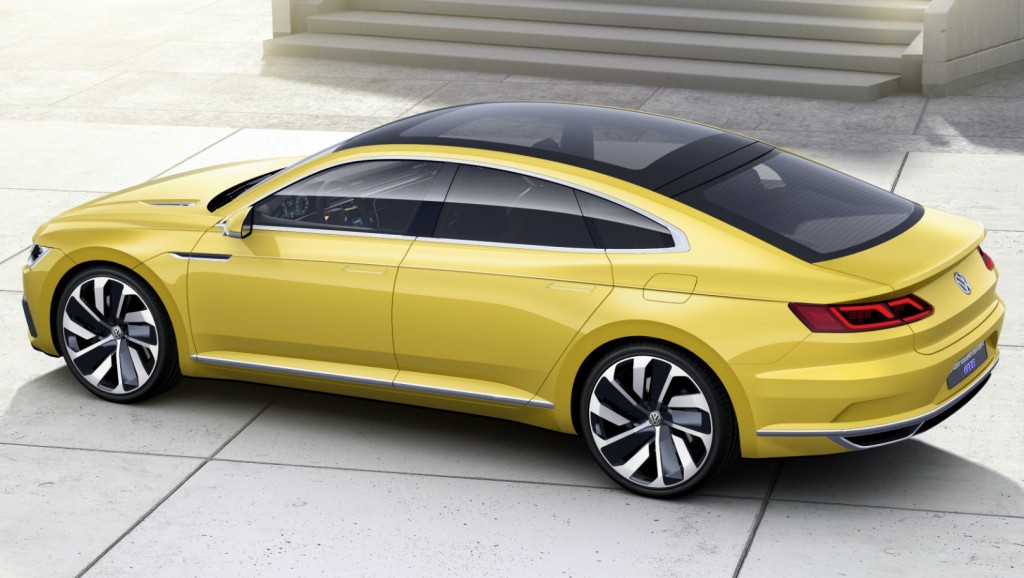 It seems almost a moot point to discuss the Sport Coupe GTE, then, as it’ll never see light of day in its current form… or will it? VW’s head of design, Walter de Silva, stated that the Sport Coupe GTE is based on a design language that is “shaping the immediate future” of the brand. If this “breathtakingly dynamic coupe” (VW’s words, but we concur) hails a new direction for the company, we approve. Sharp creases, bold lines, muscular stance — it’s checking a lot of boxes. 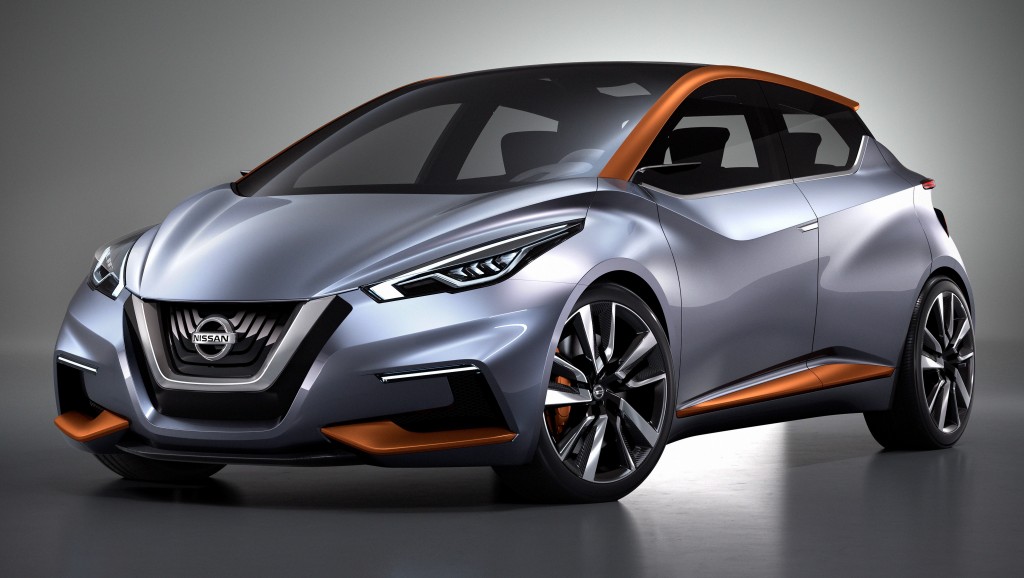 Nissan, which makes some of the most tediously styled small cars on American roads, is teasing the future of its auto design with a concept that’s more stylish than just about any small car on the road today. 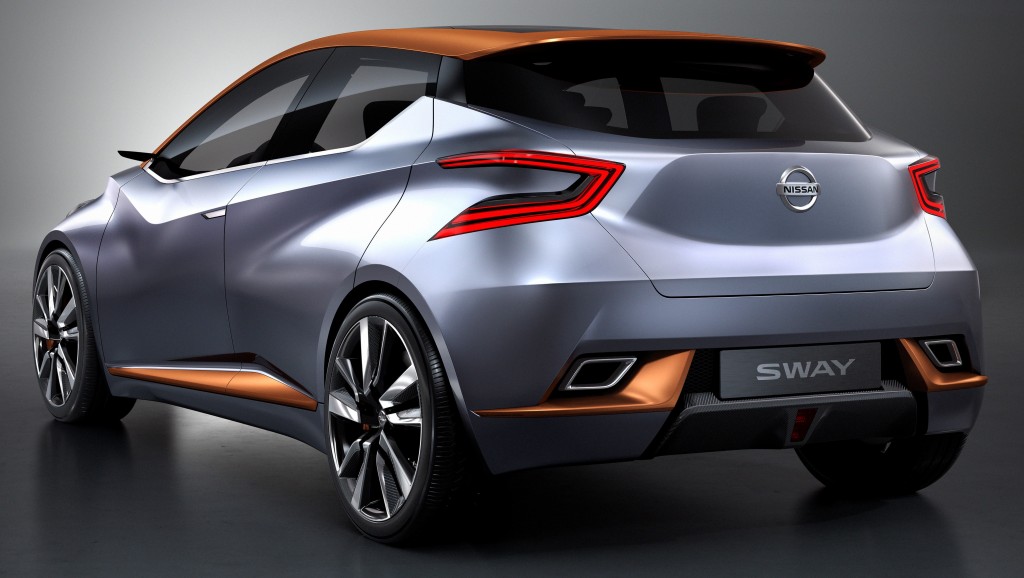 The Sway has more in common with sporty European hatches than dull American compacts, featuring an aggressive front end, taut rear, and a sporty profile. Inside, it’s very much a concept, with a flat-bottomed wheel, expansive greenhouse, and minimalist dash. We hope Nissan successfully translates the Sway’s exaggerated looks into a production model — if only so we can permanently wave goodbye to the dreadfully dreary Versa. 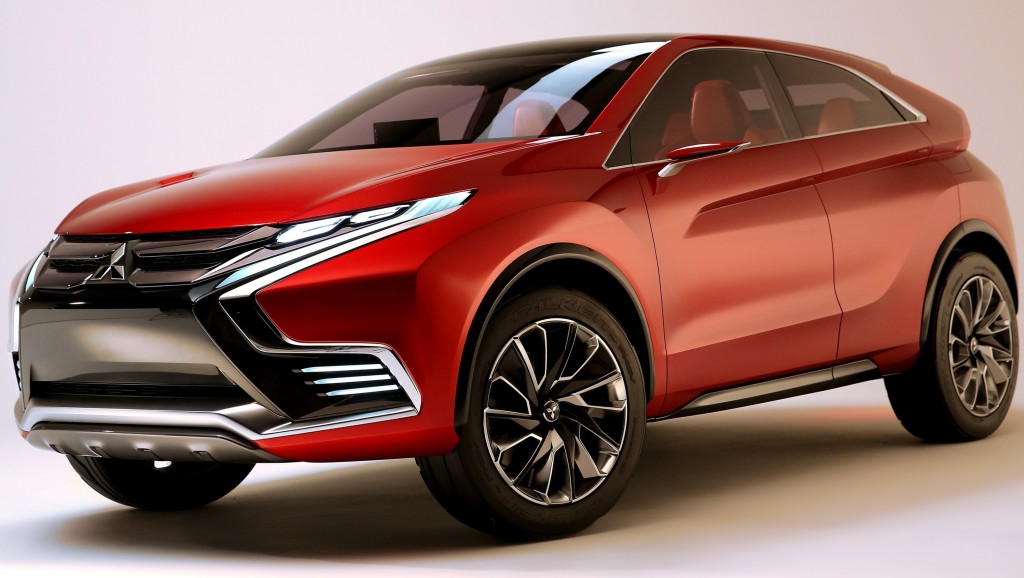 Not the sexiest of names, but Mitsubishi’s latest concept (recycled from one which first appeared in Tokyo two years ago) is a dramatic departure from the tedious vehicles it currently sells. 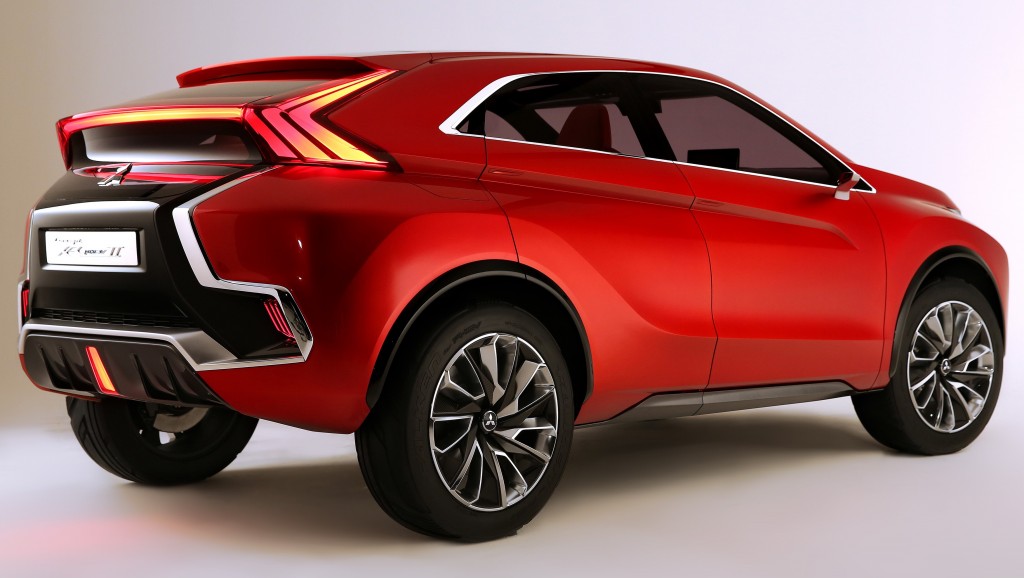 It’s actually both smart and sexy, as Mitsubishi is not only offering a look at the future of its crossover design, but also a glimpse at a plug-in hybrid system that’ll be coming to production models. It remains something of a mystery (it’s front-wheel drive and offers a combined 160 horsepower, though the engine itself is of unknown displacement), but Mitsubishi already offer a plug-in hybrid SUV in Europe, so there’s reason to believe they know what they’re doing. Plus, this concept is toned down over the Tokyo outing, which suggests Mitsubishi are inching closer to revealing a final production version. 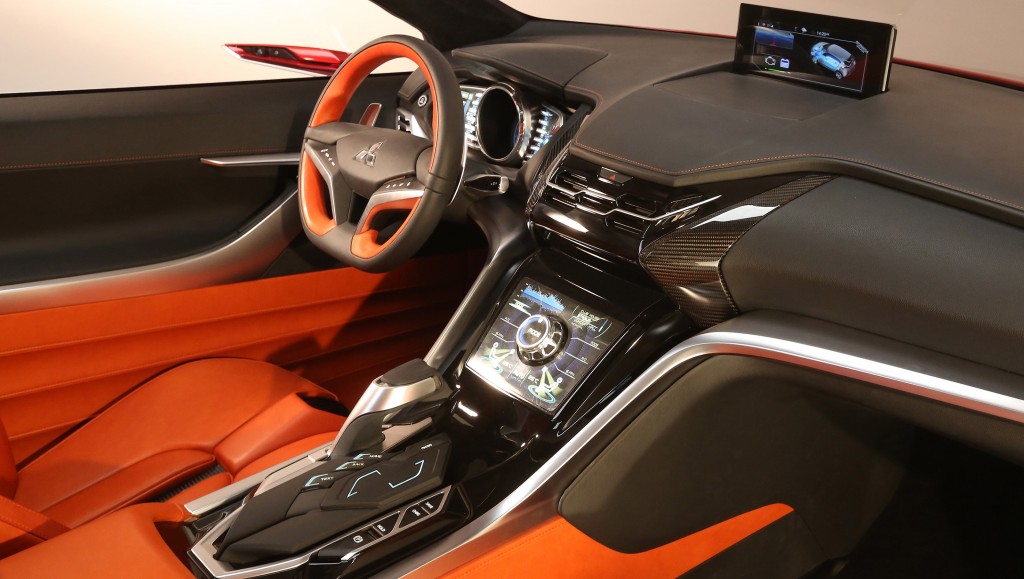 If you want to know how badly Mitsubishi needs something as dramatic as the XR-PHEV II in their line-up, here’s the current Outlander. No really, go look. We’ll wait. 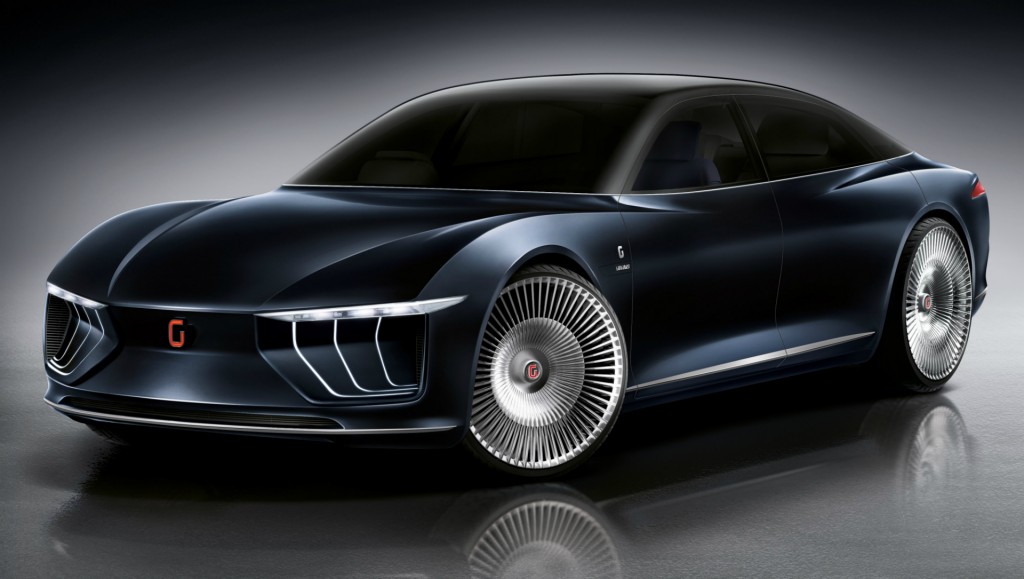 If, like us, you’ve been wondering what autos will look like when driverless cars become the norm, Italdesign Giugiaro’s Gea Concept is something you’ll definitely want to take note of.

It imagines an autonomous world where drivers are no longer necessary, and as such the car’s interior design can change from the current norm. The stunning concept features a versatile interior, with seats able to transform into three distinct modes.

Business mode bathes the cabin in white light, dual, transparent monitors fold down from the roof, and the front passenger seat can rotate to better enable dialogue between occupants, or fold down to provide a work surface. Wellness mode switches lighting to amber, while activating sensors on the rear seats will enable a variety of upper body exercises to be performed and boards fitted in the floor will allow for step exercises. A small drawer can stow cosmetics, while a perfumed pouch will enable aromatherapy. A fridge between the seats can carry juice and water. Dream mode, meanwhile, does what it says on the tin, enabling relaxation. Light switches to blue, the windows automatically darken, and images of stars and galaxies are projected onto screens. Both rear seats recline, while the front passenger and rear passenger seat can be connected to form a flat bed, aping those found in premium cabins on airplanes. Oh, and given this is the future, there’s no Apple products on board — instead, LG’s curved, self-healing G Flex smartphone is housed in each seat, controlling the car’s various functions. 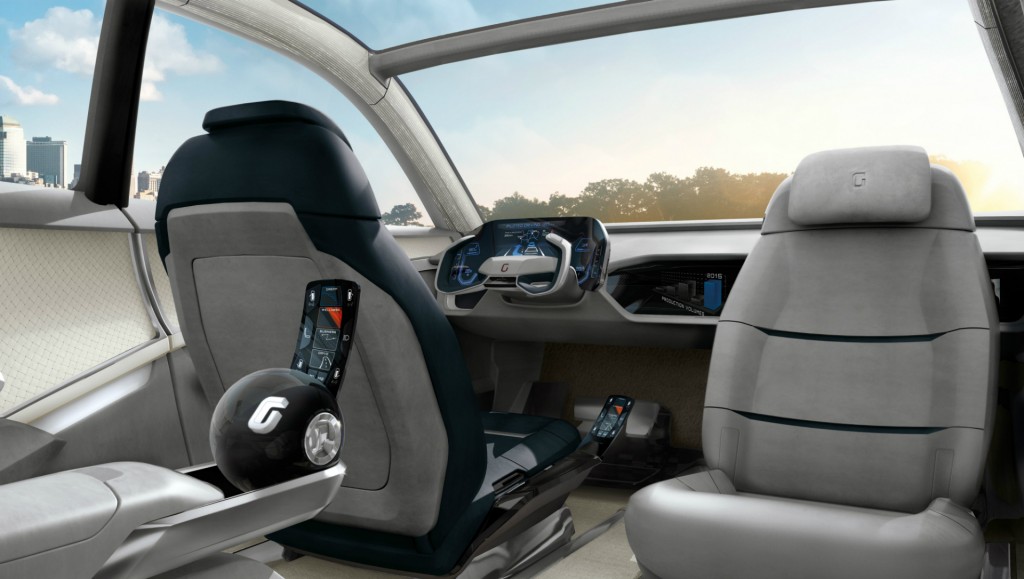 Meanwhile, the Gea Concept drives itself using electric motors contained within each massive, 26-inch wheel. It develops 764 horsepower, can reach 155 miles per hour, and charges wirelessly (because heaven forbid a charging port ruin the smooth lines of the concept). If this is the future of motoring, we’re sold.

Rhuaridh Marr is Metro Weekly's online editor. He can be reached at rmarr@metroweekly.com.
← Previous Story Nobody wants Cadillac’s sedans, everyone wants the Escalade
Next Story → Self-Driven: The future of autonomous cars