Apple’s Watch: Everything you need to know 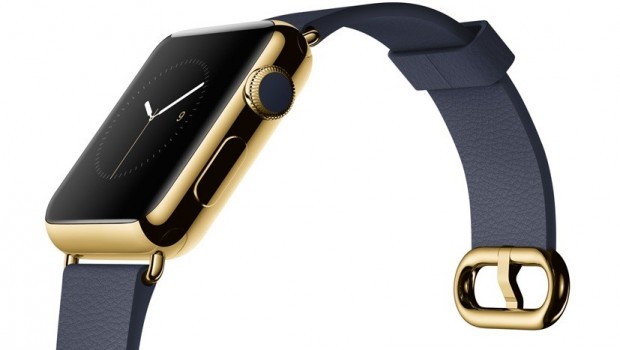 Now that we have a price and release date — which you can read about here — Apple has also finally opened up on what we can expect when we strap their new Watch to our wrist.

For starters, this isn’t just a me-too notification viewer like many other smartwatches. Instead, Apple is focusing on three key areas: fitness, interactivity, and, of course, its ability to tell the time.

In terms of fitness, the company called it a complete health and fitness package. Using a similar processor to that found in the latest iPhones, the  Watch will constantly track your movement over the course of a day. It can detect various types of exercise and movement, from walking, to cycling, to running, to driving in a car. It can also detect when you’ve been inactive for too long — such as sitting at a desk at work — and it’ll alert you with a simple “tap” using its haptic feedback engine (essentially, it’ll vibrate).

The Watch is, unsurprisingly, very capable at telling the time.

It’ll also send fitness reminders, helping coach you through workouts by showing calories, distance, time, etc. Apple brought Christy Turlington Burns on stage to talk about her incredible organization Every Mother Counts, but also about the Watch’s help in marathon running. It helped keep her going, providing stats for her overall run as well as coaching her to stay at her peak. The Watch will even show a weekly assessment of your overall fitness, offering advice and information on how to beat your own achievements over the coming week.

The Watch is also, unsurprisingly, very capable at telling the time. It’s synced to within 50 milliseconds of Coordinated Universal Time, while the watch face itself is easily customized. In addition to a standard clock, you can add reminders, a world clock, the date, a stopwatch and other items. The clock itself can be selected from a wide variety — forcibly press the screen (it’s designed for this, so don’t worry about breaking it) and pick the watch face you want. Mickey Mouse remains a firm favorite for this writer.

Under the clock face is the Glance screen, accessed by swiping up. Here lies all of the information you need at that given moment. If you’re at work, you’ll find appointment reminders, flight information, or messages from colleagues. If you’re at home, you’ll get social media updates, sports scores, trending topics on Twitter and others.

Any notification on your phone will be displayed on your Watch — though this can also be customized, via the Watch app on iPhone. Thanks to the included mike and speaker, calls can be answered on your wrist (Samsung made a huge display of this with its original Galaxy Gear watch), while texts and emails can also be replied to, either with short word replies, or with voice dictation, much like other smartwatches. Like Pebble’s latest watch, you can even send your voice as an audio clip, if dictation isn’t working well — such as in a loud environment. Siri, naturally, is also on board, and can be activated by pressing the Watch’s side button or saying “Hey Siri” to your watch. After that, feel free to set reminders or ask questions or tell her you love her — whatever you normally use Siri for.

The main draw of the Watch, however, is its apps. Accessed in a large, dynamic bubble view, apps are a core part of the experience. Access sports scores with the MLB.com app, view upcoming flight information and get a barcode of your boarding card with American Airlines, or use your watch to check in to your room (and even unlock the door at certain hotels such as Starwood Hotels). Summon a car with Uber and the driver, car model and license plate will be shown on your wrist — it’ll even display a map of the driver’s location. If you’re in a bar and want to know what’s playing, Shazam will work on the Watch. If you use Alarm.com, you can view your home security cameras and lock or unlock your home from your wrist. You can listen to music, view photos (both on your phone and through services such as Instagram), and even pay for items with Apple pay. Double tap the button to bring up your credit card, then hold your watch near to the wireless terminal. It’ll play a sound and vibrate, to let you know the payment has been successful.

Smartwatches are still in their infancy, but Apple presented several compelling reasons for purchasing a Watch.

All told, Apple’s vision of what a smartwatch should be is strong. It makes a more compelling argument than Android Wear thanks to its better focus on apps, as opposed to quick notifications. Apple still maintains that the Watch is intended to be used for ten-second bursts over the course of a day, but what you can accomplish in those ten seconds should be more than on Google’s smartwatch platform — at least until the latter receives its next big update.

None of this matters, however, if the thing will die before you can make it home. Apple is promising up to 18 hours of battery life in a “typical” day, but unless you’re the sort who never checks their watch or phone (in which case, we’d ask why you were considering a Watch in the first place), you’re going to be charging this every night alongside your iPhone. Apple touted its magnetic charger, which snaps onto the back of the watch when you hold it near, as something only the company would do — that’s true, but Motorola built wireless charging into the Moto 360, and taking a watch off and placing it on a custom stand is infinitely more elegant than fumbling with a charging cable.

Smartwatches are still in their infancy, that much is true, but Apple presented several compelling reasons for purchasing a Watch. Minimizing the amount of time you need to retrieve your phone from your pocket, aiding you to be healthier, removing the need to bother with boarding cards or hotel keys (or even your car keys, Tim Cook teased in an interview) — these are all ways the Watch can certainly be of use. Whether it’s enough to justify its price, which you can learn here, is entirely up to you.

Rhuaridh Marr is Metro Weekly's online editor. He can be reached at rmarr@metroweekly.com.
← Previous Story The High Price of an Apple Watch
Next Story → Apple MacBook: The thinnest, lightest MacBook ever