Battlefield Hardline’s focus on cops and robbers is a big change for the series -- or is it? 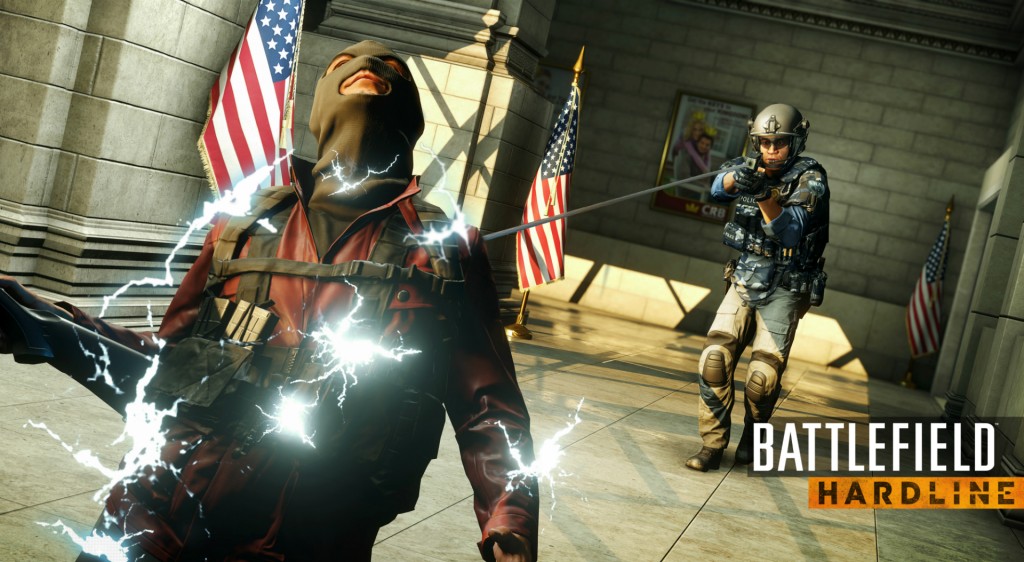 Change is important. We require it to grow, to adapt, to compete. We need change in our lives lest we stagnate, forced to repeat the same actions and trials ad nauseum.

However, in the yearly launch cycle of flagship game series, change can be devastating. Alter too much and you risk alienating your fanbase. Change too little, and there’s no reason to upgrade from last year’s title. That trepidation, mostly let by a game developer’s accounting department, stifles creativity — but every now and then, a bold idea is brought to fruition, even in the face of established precedent.

Such change is evident in Battlefield Hardline. Compared with bombastic, gun-heavy, globe-trotting prior entries, new-to-the-franchise developer Visceral Games (Dead Space) have instead crafted something intimate, focused and — dare I say it? — possibly more enjoyable than the typical, and typically forgettable, Call of Duty and Battlefield norm.

At its core, Hardline is a game of cops and robbers. Yes, that game you played as a child is now a multi-million dollar entertainment product. Both its single player and multiplayer elements pit players against either side of the law, albeit in two very different ways.

Hardline’s story focuses on newbie detective Nick Mendoza, a fresh face in a Miami police department embroiled in a drugs war. Mendoza is tasked with bringing down the supply of drugs into the city, following leads from the streets to the source. Over the course of the game’s campaign, he’ll uncover drugs barons, corrupt police officers and numerous examples that selling drugs really isn’t an advisable career choice.

The story is something you’ve seen countless times before, but Battlefield’s penchant for high-quality presentation is here (even if the Xbox One is locked to 720p, with PS4 at a slightly higher 900p). Graphics are glossy, framerates are rock solid, animations are slick. Character models, especially during the well-acted cutscenes, look great. There’s a tight script, with a surprising depth and moments of humor that lighten up a potentially morose tale.

What really sets the missions apart, though, is that they actively coach you not to use weapons. Yes, that’s correct — a Battlefield game is asking you not to use its typically excellent arsenal. As Detective Mendoza, you’ll be rewarded for being stealthy, for arresting enemies rather than putting a bullet between their eyes. Sneak up to someone and smack them with your baton, or shoot them with a taser, or flash your badge and ask them politely to put their hands on their head, and you’ll gain big experience points, which unlocks faster access to exactly the type of heavy weaponry that the missions seem to prefer you’d not use — someone didn’t really think the reward system through.

Yes, that’s correct — a Battlefield game is asking you not to use its typically excellent arsenal

Of course, you can go in guns blazing in every scenario, so the sadists among you can still get your blood fix. However, I’ve tried it both ways and somewhat bizarrely it’s the stealth focus that’s ultimately more rewarding. Mendoza can employ a futuristic scanner, which tags enemies, alarms and explosives before heading into an area. Hardline’s sneaking system is rudimentary at best — duck behind cover and pop out to look at enemies — but it works. Enemies will appear on your map with fields of vision. All you have to do is avoid their line of sight, sneak up on them and arrest or knock them out. Taking down ten or more men in silent fashion offers a similar adrenaline level to grabbing a heavy assault rifle and spraying bullets until they’re all dead.

It’s not without its flaws — whenever Mendoza has a partner, they happily wander in front of enemies without any care (though the latter often fail to take notice) — but Hardline has a more memorable and enjoyable campaign than seems required for a first person shooter. Why? Because it’s all about multiplayer. 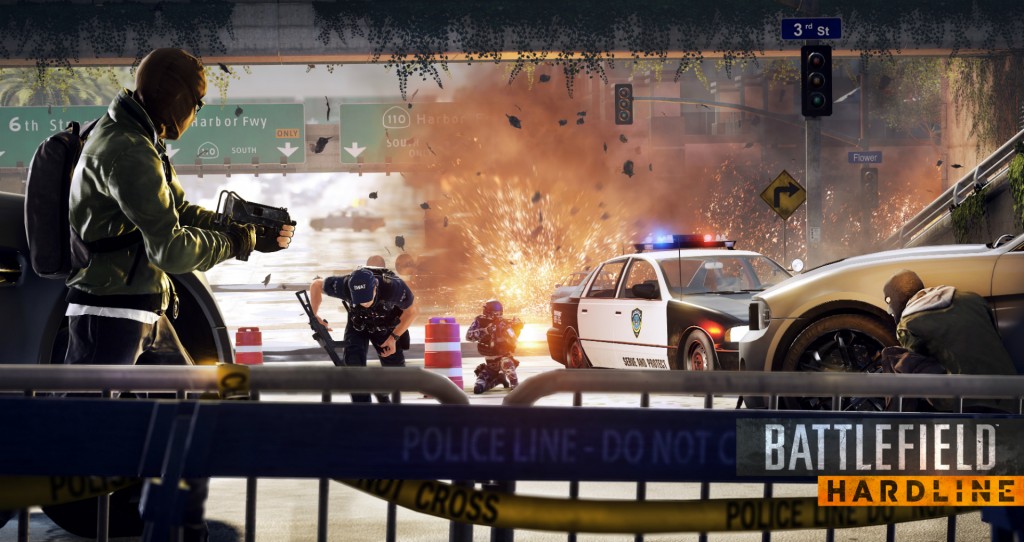 In stark contrast to its story, multiplayer is very much about the guns-blazing approach — as you’d well expect. It’s here that the game’s cops and robbers element really takes hold, as those are the roles you’ll be assigned at the start of each match. Instead of “Western army” versus “generic evildoers,” here you’ll be dropped into a war on crime, with both sides heavily armed and ready to wreak havoc to win.

Each side has unique vehicles and weaponry, including attachments and accessories for the latter, which enables thousands of combinations for players depending on which faction they play for. In vehicle dependent maps, law enforcement will have police cruisers and armored rescue vehicles, while criminals can enjoy sports sedans and heavy duty vans, for instance.

Instead of “Western army” versus “generic evildoers,” here you’ll be dropped into a war on crime

Most game types in Hardline’s multiplayer revolve around the battle between law and crime. Heist tasks criminals with breaking into a vault or armored truck and moving packages stuffed with cash to an extraction point, as the police try to stop them. Blood Money drops money in the middle of the map and lets each side attempt to retrieve it and bring it back to their side of the map and defend it. Hotwire replaces Conquest, which saw teams defending flags that would slowly decrease the number of lives available to the other side. Instead of flags, we have cars and trucks, which must be hotwired and driven above a certain speed to reduce the other team’s tickets. Players can drive or defend as passengers, or — as always seemed to happen to me — send rockets at the vehicles to destroy them. It highlights a strength Battlefield has long held over Call of Duty: vehicular combat.

Rescue mode involves fast-paced, three minutes long rounds of 5v5, with only one life available to each player. Police must rescue hostages held by the criminals, with the threat of no respawns adding a welcome layer of tension to proceedings. Crosshair mode is similar to this except here the police must get a VIP witness to an extraction point while criminals try to stop them. Also included are normal player-versus-player modes if you’d rather not indulge the game’s cops vs. robbers sensibilities (though, I’d question why bother buying it if that’s the case). 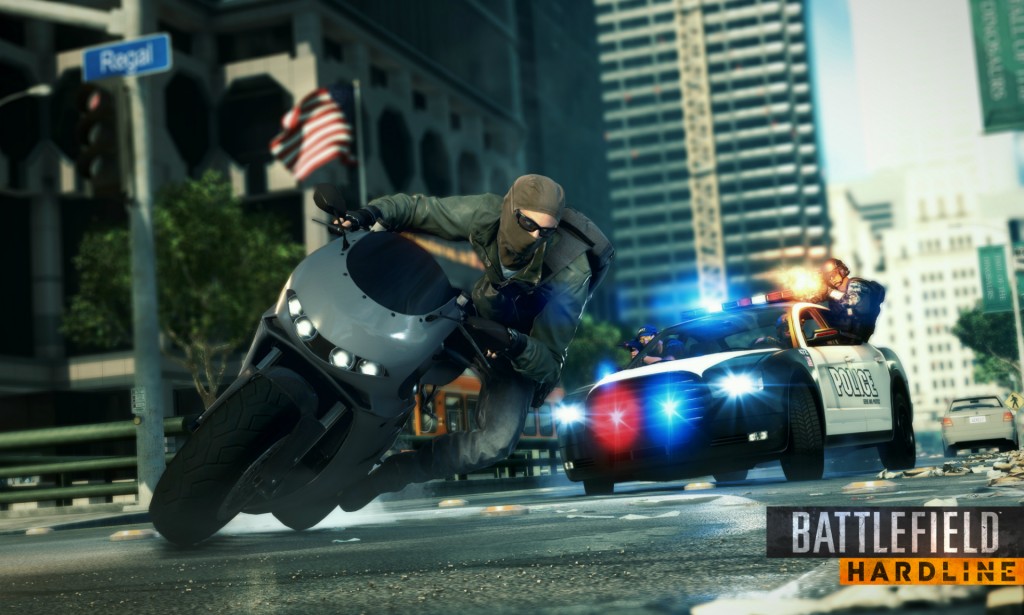 Unsurprisingly, multiplayer is incredibly solid. There’s none of the connectivity and stability issues that plagued the launch of Battlefield 4. Instead it’s just fast-paced, frantic, frenetic fun. The series’ tight controls are here, and the excellent graphics and destructible environments of past entries are also on board. “Levolution” is the term for Battlefield’s maps, which can be altered or ruined by triggering key events — in one downtown L.A. map, for example, a crane can be sent crashing through a building, which unlocks additional routes for players to traverse.

Gunplay remains a joy, while controlling vehicles adds a depth and scope that Call of Duty sorely lacks. Players can choose from four classes, covering a variety of play styles — heavy weapons and support, assault guns for frontline attacks, a specialist class which utilizes gadgets and can repair vehicles, and a stealth class to snipe enemies and take them out with traps. Each offers a pleasing level of differentiation, with a myriad of weapons and unlocks to gain from levelling them up during combat.

Speaking of levelling up, you’ll be doing it a lot in Hardline. Its ranking system rewards players with cash that can be used to buy weapons, accessories and other customization options, as well as unlocking new abilities and traits. Coins are granted for completing specific actions, which in turn unlock Bounties should you gain enough of the same coin. Service Stars are unlocked when a specific object is levelled up sufficiently, while Assignments (250 in total) task players with completing specific challenges during multiplayer matches, rewarding them with special weaponry. There’s a lot to aim for, here.

You can easily lose a lot of time in Hardline’s multiplayer, that much is evident from the sheer amount of content on offer — including twenty-seven vehicles, fifty-one weapons, nine maps and seven game modes. Particular favorites of mine were Hardwire — it requires a competent driver and competent passengers and support to secure victory — and Heist, which feels suitably grand in scope as you desperately try to escape with as much money as possible (or, indeed, repeatedly block the criminals with their suitcases of money). 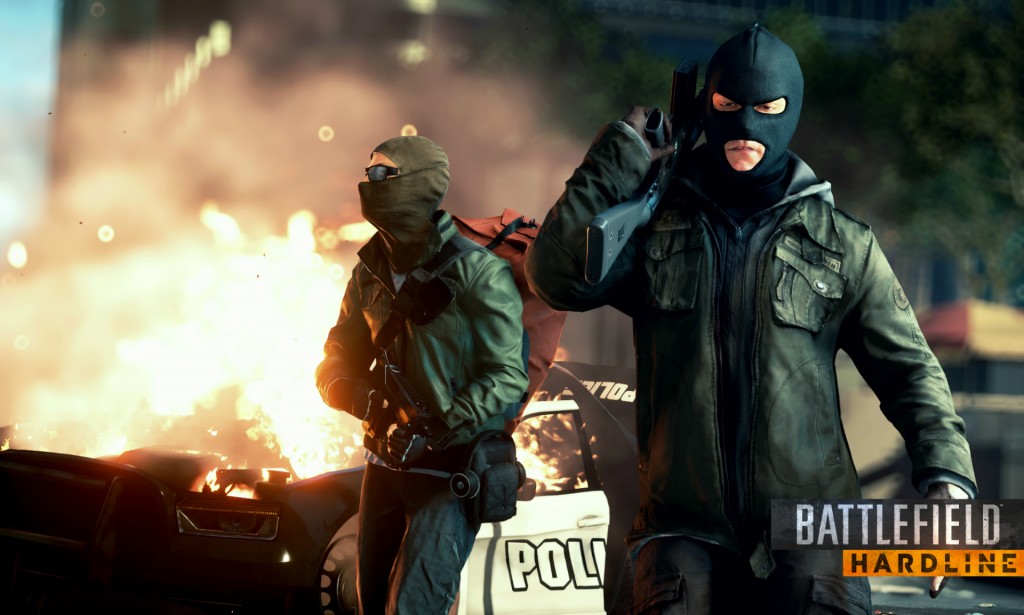 Still, there is something of an odd duality in Battlefield Hardlines. Its gun-heavy multiplayer doesn’t sit well with its considered, stealth-focused single player. You’re advised when first loading the game to complete the campaign before jumping online to play with others, as it will better prepare you for battle — but spending seven or eight hours playing through the story’s various episodes will in no way get you ready for blasting through other players online. Similarly, while the story is undeniably a bold step in terms of shrinking down overall scope in favor of a tight, focused campaign, the multiplayer itself hasn’t changed greatly over past entries in the franchise. You’re still going to be capturing and holding points (in this case, cars), grabbing and running away with flags (suitcases of money), or defending against enemy attacks (or holding hostages, as it is here).

In this respect, Hardline does make a lot of changes. Eschewing the much-covered “army versus rebel” focus of past titles and its closest rival has created something which really seems new and interesting — and that carries through to its story missions. Jump online, though, and you’ll realize that this is Battlefield as you’ve always known it, with army veterans reskinned as police officers and dubious ne’er-do-wells turned into generic criminals. Of course, if you love Battlefield’s gameplay, you’ll love what’s on offer here — it’s undoubtedly enjoyable. As it transpires, though, Visceral was unwilling to change too drastically from the tried-and-tested multiplayer recipe that has kept the series afloat. Change is important. But for Battlefield, it has its limits.

Battlefield Hardline is available for PS3, PS4, Xbox 360, Xbox One (as tested) and PC.