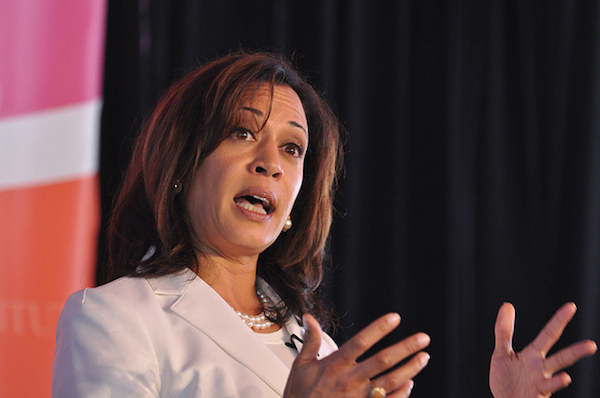 California Attorney General Kamala Harris is asking a state court to allow her to halt a proposed ballot initiative calling for the execution of gay people.

“As Attorney General of California, it is my sworn duty to uphold the California and United States Constitutions and to protect the rights of all Californians,” Harris said in a statement. “This proposal not only threatens public safety, it is patently unconstitutional, utterly reprehensible, and has no place in a civil society. Today, I am filing an action for declaratory relief with the Court seeking judicial authorization for relief from the duty to prepare and issue the title and summary for the ‘Sodomite Suppression Act.’ If the Court does not grant this relief, my office will be forced to issue a title and summary for a proposal that seeks to legalize discrimination and vigilantism.”

In February, Matt McLaughlin, an attorney in Orange County, paid a $200 filing fee for a proposed ballot initiative, which calls for “any person who willingly touches another person of the same gender for purposes of sexual gratification be put to death by bullets to the head or by any other convenient method.”

The attorney general is tasked with drafting a title and summary for proposed ballot measures, but Harris is hoping a state court will relieve her of that duty.

The ease with which the ballot initiative was able to be filed by McLaughlin has sparked debate over the limits of free speech in the state and, according to The Sacramento Bee, the measure could very well proceed to the signature-gathering stage, despite it being blatantly unconstitutional. Should that happen, the initiative would need to garner 365,000 signatures in a 90-day period to make it onto the 2016 ballot. The state Legislature’s LGBT caucus urged in a letter to the president of the State Bar that McLaughlin’s fitness to practice law be investigated and a change.org petition calling for him to be disbarred has garnered more than 41,000 signatures.

Harris, a Democrat who was first elected attorney general in 2010 and reelected in 2014, is running for the U.S. Senate seat being vacated by Barbara Boxer in 2016.