Enjoy Empires until you tire of its repetition, then go play something else 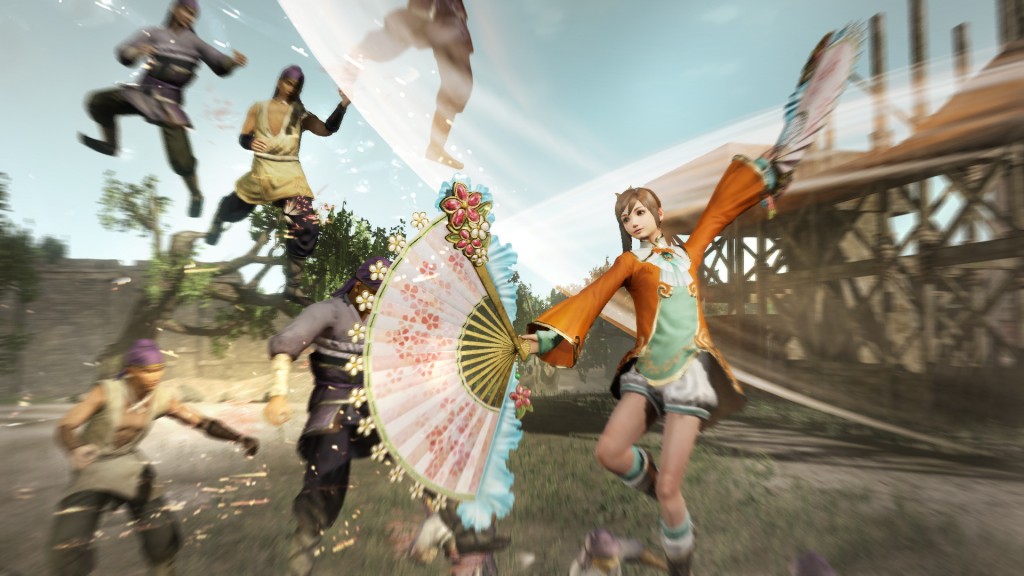 In the gaming industry, nostalgia is worth its weight in gold — or at least year-end profits. Certain franchises can thrive on the strength of nostalgia alone, regardless of whether or not the actual content is worth the investment. Gran Turismo’s fifth and sixth outings were shaky at best, but gamers fondly remembering its glory days on PlayStation and PS2 racked up huge sales for Sony. Square Enix knows that fans grew up with Final Fantasy and will continue to buy into the series — even if certain titles are less than deserving of either your money or entry into its canon.

The mantra rings especially true for Dynasty Warriors. With the exception of the PlayStation original, Koei Tecmo and developer Omega Force have produced essentially the same game for fifteen years. I spent many months playing Dynasty Warriors 2, 3, and 4, hacking and slashing through the series’ depictions of the ancient kingdoms of China. Stepping into Dynasty Warriors 8: Empires, it’s both galling and oddly comforting how little has changed.

I’ve all but ignored the series since its PS2 heyday — there’s only so many people you can hack, swipe, fan and smash your way through before repetition sets in. I even skipped main entry Dynasty Warriors 8, which launched almost two years ago. So consider Empires my re-entry to the series.

More than anything, it will make you feel part of a large-scale Microsoft Office project.

There’s dense text to read through (which I find fascinating, with its mix of history, lore and legend), including detailed biographies of each character and location. There’s dozens of menus to jump through just to get started on the battlefield — between starting a campaign and actually taking control of a character, I could have flown to China and back to see the game’s locales for myself. You’ll also be served a litany of facts, figures and other information related to performance, warrior stats, army details, territorial disputes, buffs, equipment and dozens of other minutia — if you don’t like spreadsheets, you’re going to hate the level of control and customization on offer here. 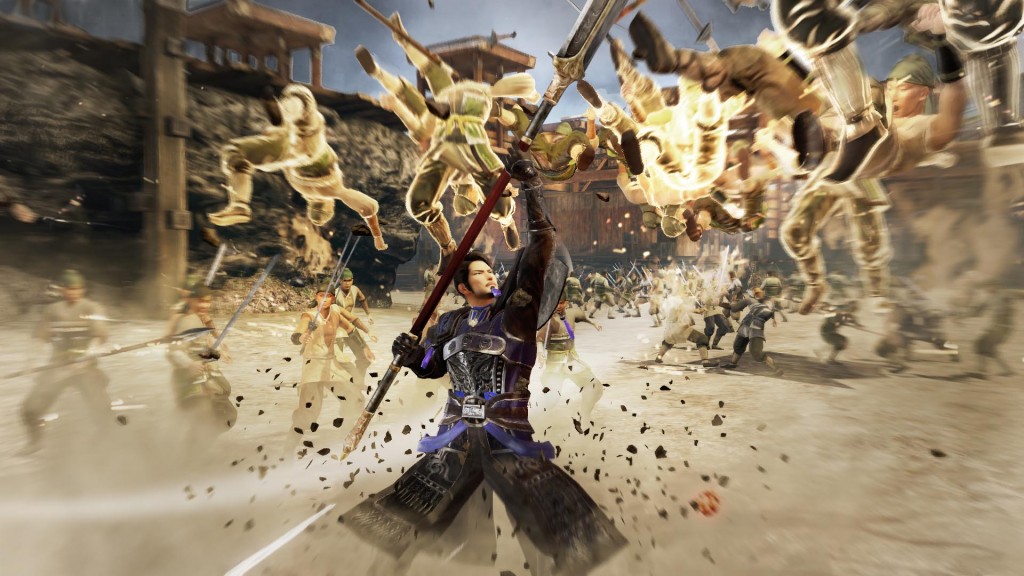 Of course, if you do enjoy being able to customize everything — and I really do mean everything, from the officers in control of your armies, the horses you’ll ride into battle and the banners your troops carry, to your characters individual traits such as active and passive buffs, armor types, weapons and special moves, then there’s a lot to love here. A campaign will take place on a month-by-month basis, and can stretch into years depending on difficulty and extent. You’ll typically be tasked with conquering a region of China, with various factions and leaders working for and against you in each area. It’s up to you how you go about this — but, really, your main focus will be cracking skulls until whomever opposes you flees with their weapon between their legs.

You have various ways to help destabilize a region prior to a full-scale battle to reclaim it. You can perform raids on enemies, stealing weapons or supplies, or assassinate important leaders. You can form relationships, both literal and platonic, with other leaders to gain their trust and their army’s aid in battle. There are important strategies to be worked out, such as troop placement, and you can pick and choose where you’d like to wage war next. Underneath it all is the essential maintenance that comes with running an army — you’ll have to mine for resources and erect buildings, as well as earn enough money to pay your troops, for instance. It’s possible to play the game without all of this management — let the computer order you around and you’ll be an officer, jumping between battles as it sees fit — but really, why bother? If you don’t want to get into the nitty-gritty of running your campaign, buy Dynasty Warriors 8.

That said, it’s not exactly beginner-friendly. I have a least a passing familiarity with the game, but having never played an Empires expansion before, I was surprised at how challenging the interface is. Even after time with the game, it still feels dated and obtuse. You’ll get lost in menus and have so many UI elements thrown at you that it’s tough to remain focused on the task at hand — and you’ll likely forget what the task is unless you have a firm grasp on the monthly workings of your campaign.

Undoubtedly, however, the strategy elements are needed, as core gameplay remains as shallow as it was a decade ago. Battles will always go the same way: you’ll hack and slash through thousands (really, thousands — I finished one small battle with 4,400 kills) of enemies, tackling the occasional, challenging general or officer, until you’ve cleared enough of the battlefield and caused enough opposing officials to flee to secure the win. It’s the same game I loved playing years ago — for better or worse. There’s still the same satisfaction that comes with dispatching enemies in great waves with a well-timed Musou attack (though I still don’t remember magical abilities being mentioned in any Chinese historical text), or cutting through a particularly tough officer after a lengthy battle.

Check Out: Dozens more game reviews of the latest titles

Indeed, Empires seems to encourage that play style — enjoy it until you tire, then go play something else. Log in for an hour or so every couple of days to manage your campaign, or devise your own battles in Free Mode, and hack away to your heart’s content.

Sticking to that short length will keep the fires burning for those who fondly remember the game as a teenager, or for those who are still actively invested in the series. For everyone else? You’re fighting a losing battle if you try to get into Dynasty Warriors now. The game is created for those with experience of the series and actively fights against making your time with it streamlined or usable. If you can get through the menus and text and stats, there’s a semi-deep game on offer. I suspect that the vast majority, however, will turn it off after a few hours and never go back. Nostalgia may keep a series alive, but in the long-run, it can’t sustain it — Dynasty Warriors’ steady decline is testament to that fact.

Dynasty Warriors 8: Empires is available on PS3, PS4 and Xbox One.