“They don’t really understand what it means to say to live in a country where homophobia kills.” 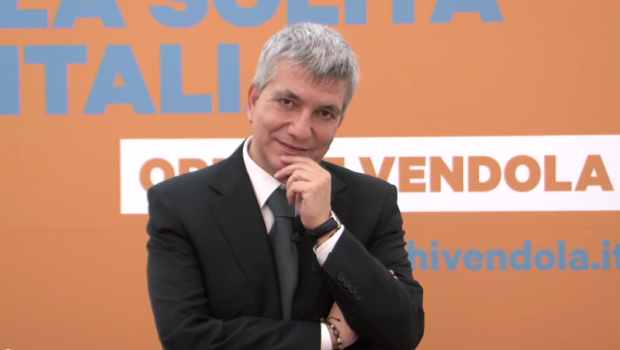 –Nichi Vendola, president of Italian region Apulia and leader of the Left Ecology Freedom party, as well as one of the country’s two openly gay regional leaders, speaking with Chi magazine. Vendola was responding to comments made by fashion designers Domenico Dolce and Stefano Gabbana, who stated in an interview that they were against gay parents and railed against the use of IVF and surrogacy for couples to conceive.

“I think that from their lofty social rank they don’t really understand what it means to say to live in a country where homophobia kills and the deficit of rights weighs on a lot of lives,” Vendola stated (translation courtesy of TheLocal.it) adding that he’s considering having children of his own after his political career has finished. “As soon as I’ve left the role of governor I will also reflect on whether to take on fatherhood or not. It’s a thought that rests in a corner of my life and one which I have always pushed back. Certainly, I have always loved the world of childhood and I would like to write a book of nursery rhymes for children.”

Minor league journeyman says he hopes to make it easier for other gay athletes to embrace their identity.

Bryan Ruby, a minor league journeyman baseball player who plays first base and third base for the Salem-Keizer Volcanoes, has become the only gay currently active professional baseball player.

Ruby, who is also a country music songwriter, says he's hidden his sexual orientation for a number of years due to fears over being accepted by the baseball and country music communities.

"Those are worlds where people like me are told they can't belong. I'm not a hot-shot prospect," the 25-year-old told USA Today in an interview. "But today, you can't find a single active baseball player who is out publicly. I want to help create a world where future generations of baseball players don't have to sacrifice authenticity or who they really are to play the game they love."