Premium materials and curved screens put Samsung back in the game

Samsung brought everything it had to the launch of its latest flagship smartphones, the Galaxy S6 and the Galaxy S6 Edge, with beautiful, premium constructions and a raft of upgrades designed to make life easier and faster for users. 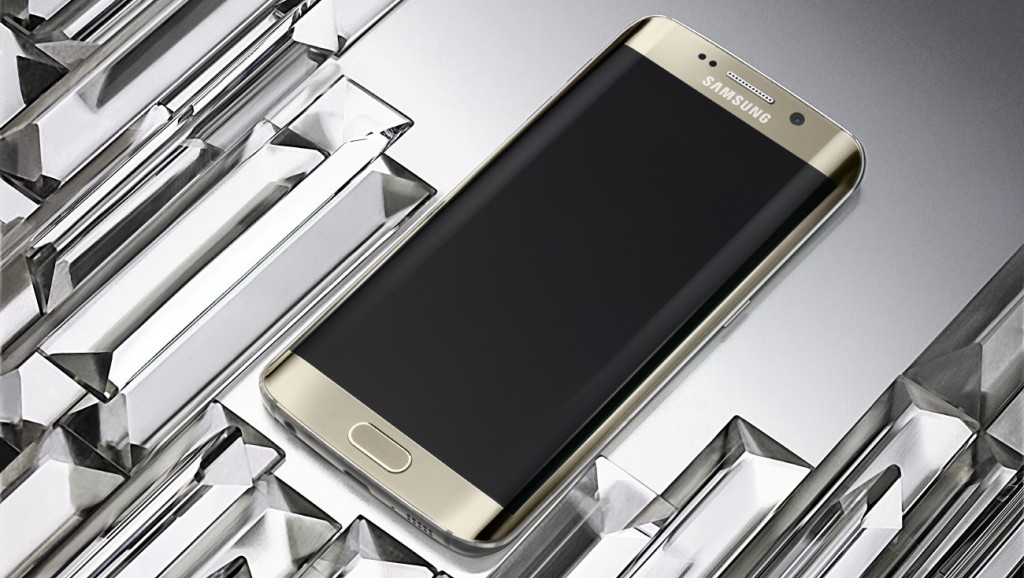 Yes, last year’s disappointing Galaxy S5 — which has contributed to plummeting profits in Samsung’s mobile division after the plastic handset was met with lukewarm reviews — has morphed into two new handsets for its sixth iteration.

The S6 is a welcome upgrade, an evolution of the S5, with a premium variation on its conservative design. The S6 Edge, though, is something else entirely. What Samsung has crafted is perhaps one of the most attractive — and certainly one of the most interesting — smartphones on the planet. And yes, that includes Apple’s iPhone.

Let’s get down to details. Gone is Samsung’s usual adhesion to an all-plastic design. The S5, which had a back cover that shared more than a passing resemblance to a bandaid, was dull, almost ugly, in comparison to competitors who had embraced metal and glass as the preferred premium materials. Well, Samsung listened, and now its signature smartphones can sit shoulder-to-shoulder with the iPhones and HTC Ones of this world. Tough, durable Gorilla Glass 4 (indeed, it’s the toughest Corning has ever made) sandwiches a metal frame that Samsung claims is stronger than any competitor’s — which will help save it from destruction should you drop it. No iPhone 4 cracked back mishaps here, apparently. That body will come in a variety of colors: white, black, gold, blue and green. Each “elicit a unique visual texture as it reflects natural light” — in layman’s terms, they look very pretty in person. 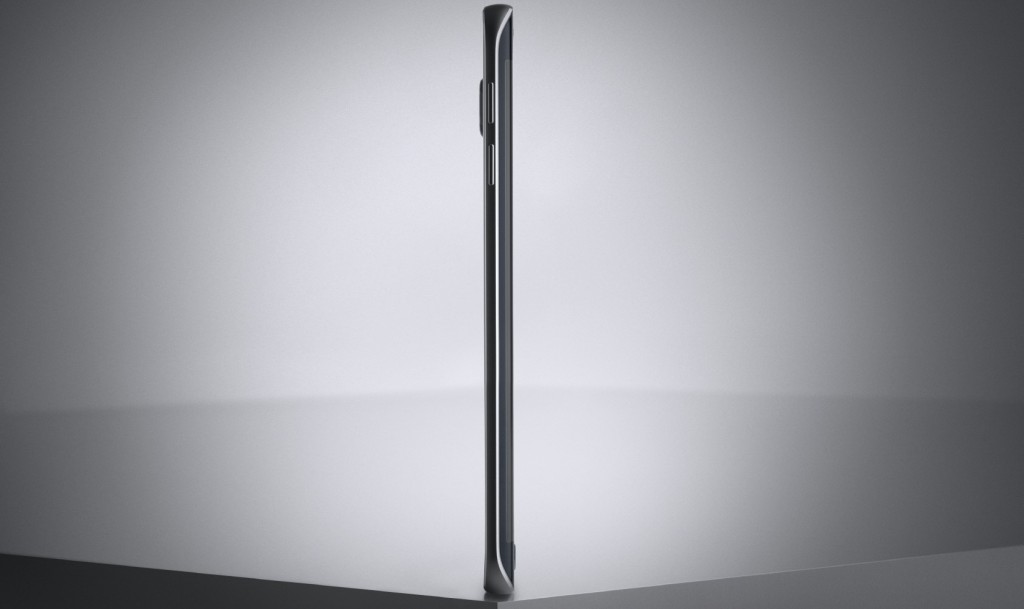 Of course, it’s up front where the most dramatic differences between the old S5 and the new models can be found. While the S6 features the same size screen as its predecessor — 5.1 inches — it’s much denser, with a Quad HD Super AMOLED display rated at 2560×1440 pixels. That makes the Full HD display on the iPhone 6 Plus look downright miserly in comparison, with a Retina Display-busting 577 pixels per inch (ppi).

It’s on the S6 Edge where things get really interesting, though. The display wraps around both sides of the phone, for a curved screen, and the combination of slimmer sides, chamfered metal edges and curved glass make it utterly gorgeous to look at — and when was the last time anyone described a Samsung phone as gorgeous? From every angle, the S6 Edge is attractive, modern, revolutionary — its curved screen is a world first — and it makes its S6 sibling almost boring in comparison. Indeed, the standard S6 is almost a little too much like the iPhone 6, whereas the S6 Edge looks like nothing else on the market. 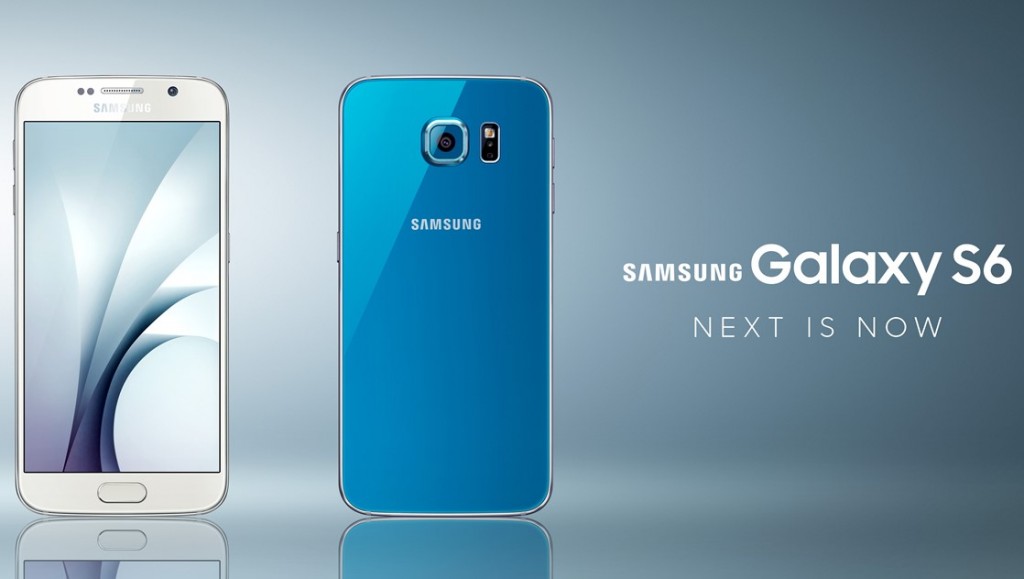 Crammed into their svelte bodies (the S6 is less than 0.27-inches thick, slimmer than the iPhone 6) is an astounding amount of power. Samsung has eschewed relying on companies such as Qualcomm to power its new smartphone, instead putting its own Exynos 7 chip inside. That means 64-bit power from two quad-core CPUs (one for big tasks, such as gaming, the other for everyday use), 3GB of DDR4 RAM (most phones use DDR3, which is slower and less efficient), and a raft of power-saving and efficiency measures.

Boosting battery life is what Samsung claims to be the world’s fastest charging smartphone battery — just ten minutes plugged into a wall and you’ll gain 4 hours of juice. Charging from empty to full takes half the time of an iPhone. On top of that, wireless charging is built in — a first for the Galaxy S line — and supports both of the industry’s wireless solutions, so the S6 will work on a Starbucks charging mat, unlike most other smartphones (unless they have a separate case).

“Samsung is  doing things no other company can, utilizing manufacturing processes others have yet to attempt. Samsung has reclaimed its former glory.”

And yet, there’s more. Both cameras have been upgraded, with Samsung claiming the best mobile imaging of any smartphone. Selfie addicts will love the 5MP front camera, which uses a bright lens and real-time HDR to ensure every face looks crisp and well-lit, even in dark situations. Compared with an iPhone 6 Plus in a dark bar, Samsung’s test shot was brighter, clearer and overall better. At the back, megapixel count remains at 16, but Samsung has added optical image stabilization as well as a better lens, which has had a dramatic effect on images and video. Test shots look immensely detailed, while a night-time video comparison with the iPhone shows an incredibly brighter image on the Samsung. Additions such as continuous tracking auto focus — which can follow a moving object, such as a running child — and a quick launch feature (double tap the home button to start the camera and take a photo in less than a second) should help Samsung move back to the top of the heap for imaging prowess. 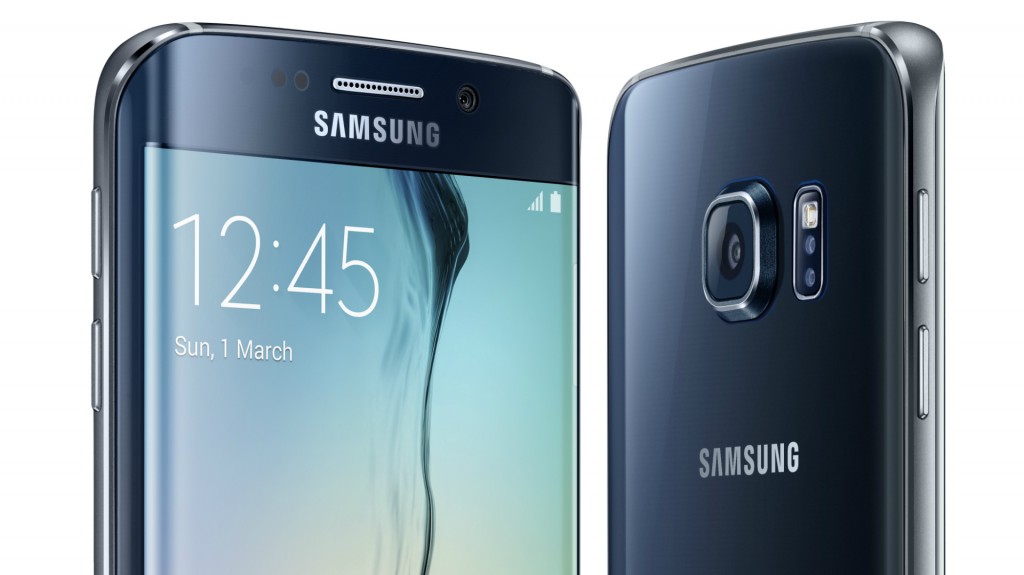 Samsung wasn’t done there, however. In a bid to compete with Apple Pay, a massive success since its launch last year, Samsung launched the incredibly innovative Samsung Pay. Unlike Apple’s solution, which uses NFC — technology present in about 10 percent of shops in the U.S. — Samsung’s system uses a combination of NFC and a technology they’re calling Magnetic Secure Transmission (MST). For the average user, that means the S6 and S6 Edge will work at 90 percent of the nation’s retailers. Hold the Samsung up to where you’d normally swipe your credit card, and it will process the payment. According to Samsung, as with Apple Pay, no card data is stored on the phone or in the company’s servers, and Visa, Mastercard, American Express, Bank of America, Citi, JPMorgan Chase, and U.S. Bank, among others, are all on board. The service will launch this summer and using it on the S6 and S6 Edge is as simple as swiping up from the bottom of the screen, tapping the card you wish to use, and authenticating the payment with your fingerprint (yes, the fingerprint sensor from the S5 is back, but apparently it works more like Apple’s one-touch system, as opposed to Samsung’s awful, inaccurate swiping system of old).

And that’s not all. TouchWiz, Samsung’s interface covering the Android operating system, has been given a drastic overhaul. Running on the latest version, Android Lollipop, the company has stripped back a lot of the extraneous crap and vulgar design language that infected past versions of the software — and, subsequently, led to lag and stuttering for users. With the latest version, every menu and app element has been redesigned to be cleaner, easier to understand and — above all else — faster to use. Initial reports seem to confirm what Samsung is claiming: the S6 and S6 Edge are buttery smooth in use. 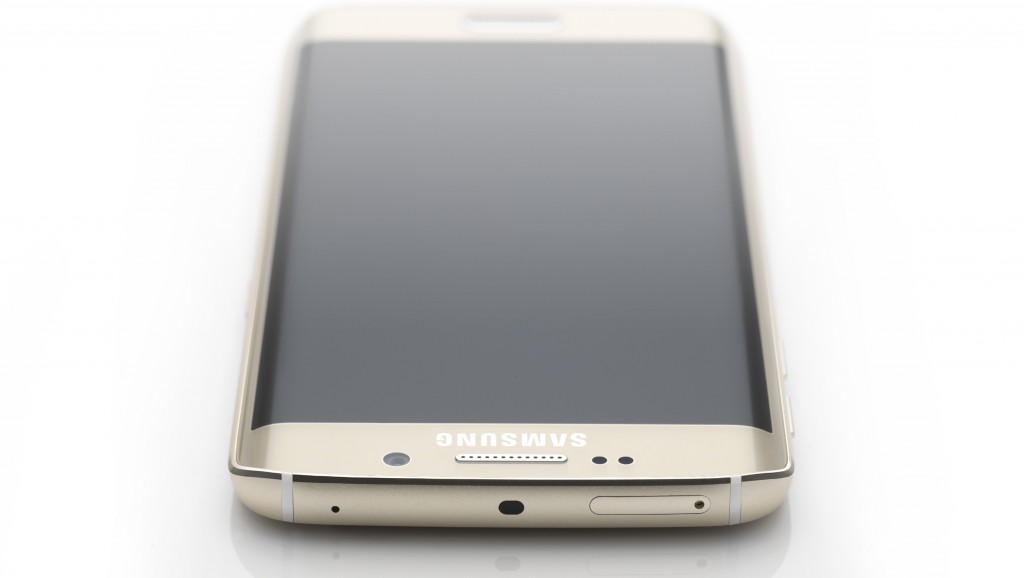 It’s somewhat of a relief to be able to write positively about a Samsung flagship launch that isn’t a Note product. For too many years, Samsung seemed to neglect the Galaxy S line, which were the devices that eventually gave Samsung its position as the world’s largest smartphone maker. For the past three iterations of the Galaxy S, Samsung has played it safe. Where, with the Galaxy S and S2, Samsung offered technology no other company could, in later iterations it seemed content to compete with ridiculous software additions and me-too hardware and design.

Now, Samsung has reclaimed its former glory. As one executive stated during the press launch for the S6 and S6 Edge, they’re doing things no other company can, utilizing manufacturing processes others have yet to attempt. That same executive said of the S6 Edge’s curved screen that, just a few years ago, it would have seemed impossible. Samsung, bruised and battered after a year of poor sales and crashing profits, proudly proclaimed, “We did it!”

They did, and, when the S6 and S6 Edge launch on April 10, we expect the consumer response to be just as enthusiastic. At least this time, it’ll be deservedly so.

Rhuaridh Marr is Metro Weekly's online editor. He can be reached at rmarr@metroweekly.com.
← Previous Story Is this the Samsung Galaxy S6?
Next Story → Mobile World Congress: 5 things you may have missed