Shopping for wedding bands can be an intimidating, awkward and uncomfortable experience. For same-sex couples, it can even be outright homophobic, even in a time of growing acceptance and marriage equality. Not at I. Gorman Jewelers. Siblings Adam and Nicole Gorman run the D.C.-based business, founded 35 years ago by their parents, Bonnie and Ivan Gorman. (Ivan was himself a second-generation Washington jeweler.) The Gormans have long prided themselves on a “no-pressure” and welcoming retail atmosphere for everyone, including LGBT customers looking for matching rings. The business also shows its pride and community support by hosting events for and giving donations to local LGBT nonprofit organizations.

But the jewel in the Gorman crown is, naturally, the products the store carries. The store represents well-regarded, cutting-edge boutique designers from around the world who use high-quality, ethically sourced diamonds and gemstones in the making of innovative, one-of-a-kind designs. For nearly a decade, the company has spotlighted some of its jewelers at an annual ring event, offering unprecedented access for customers. “It provides the opportunity to meet the designers themselves, or somebody from their organizations, and to see everything that the designers make, as opposed to just what I carry throughout the year,” Adam Gorman says. “You can also work with the designers themselves to custom design something, or to tweak something they have.”

This year’s Ultimate Ring Event features nine wedding band jewelers from around the world, including two from Europe, where fashion, says Adam, is “a few years ahead of us.” Thanks to I. Gorman, you can get a wedding band that is a cut ahead as well as a cut above. 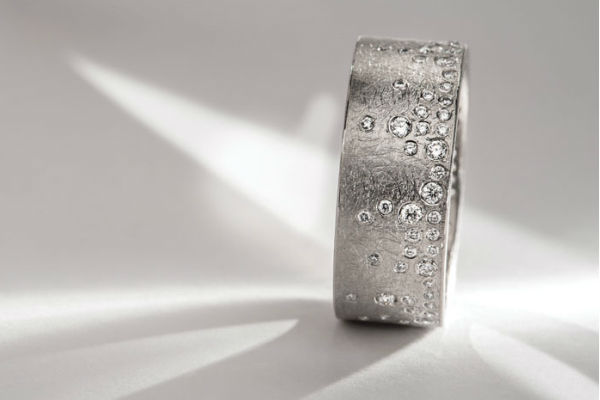 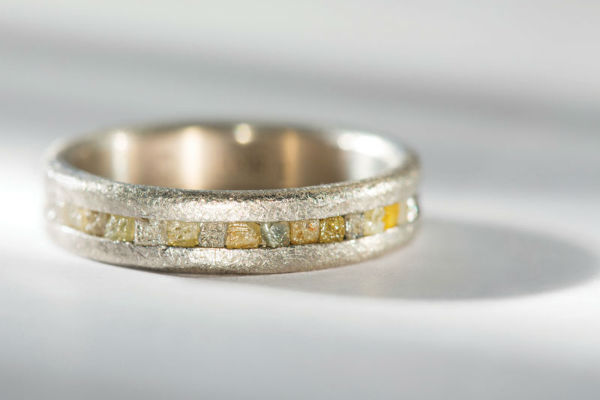 Typically, wedding rings feature a lot of hand finishing, but they’re machine cut through a casting process. Not so with this Colorado designer, who literally forges all his rings by hand, using raw materials such as the sturdy, precious, white metal palladium. But his rings also cost more because Reed often incorporates really unusual (but always conflict-free) diamonds, which he sometimes leaves uncut in their natural, raw form. Whether the diamonds are set on the side of a thick band or across the center of a more traditionally thin one, the result is the same: Expensive, yes, but also bold, modern and oh so durable. 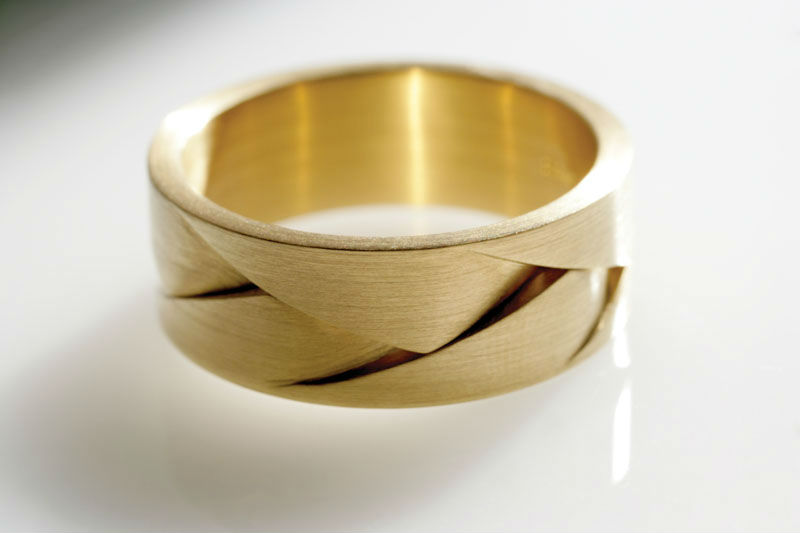 Like Todd Reed, Furrer Jacot hand-forges its rings for both men and women. The 150-year-old Swiss company compresses each ring to make them denser and more durable. This thick men’s band features a “modern braid” look that is far from traditional. While the base model comes in yellow gold, it’s also available in platinum or palladium, as well as white gold and red gold. Adam Gorman says red gold, which gets its slightly rose tint through the addition of copper, is becoming an increasingly popular choice for wedding bands. 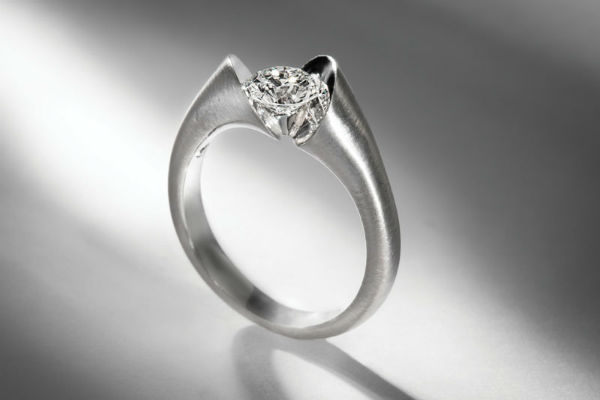 A 90-year-old family-run jeweler based outside Frankfurt, the technologically savvy Schaffrath is best known for its attention-getting “floating” diamond ring, in which the sparkly stone is positioned to slightly move at the twist of the hand. While the diamond on this women’s ring doesn’t float, it does look forever in bloom like the fruit of a calla lily between protruding ‘leaves’ of gold (or, if you prefer, platinum). 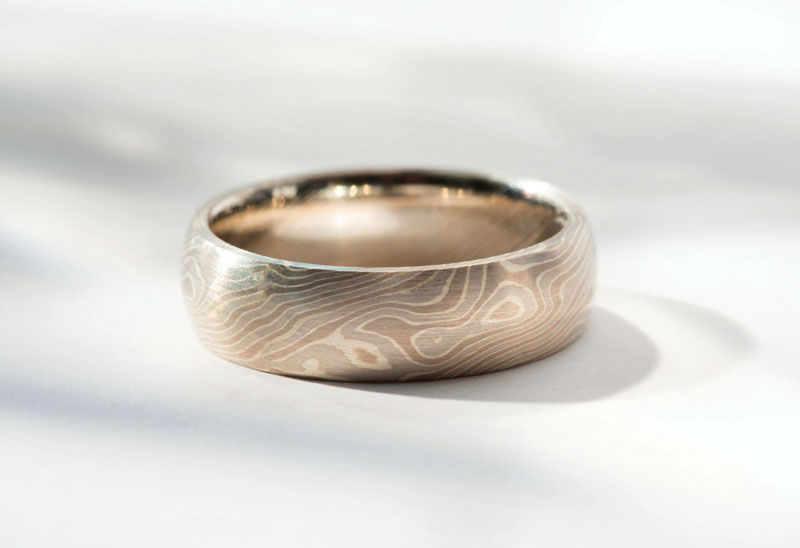 Mokume gane is a 3,000-year-old Japanese technique in which different colors and types of metals are layered, compressed and then rolled to create unique patterns that generally look a little wooden. (The term loosely translates as “wood grain metal” in English.) Based in Central Massachusetts, Chris Ploof is one of only a few mokume gane designers in the world. Here he’s mixed palladium, 14k white gold and sterling silver in this subtly stylish band that is deceptively simple when glimpsed from a distance. 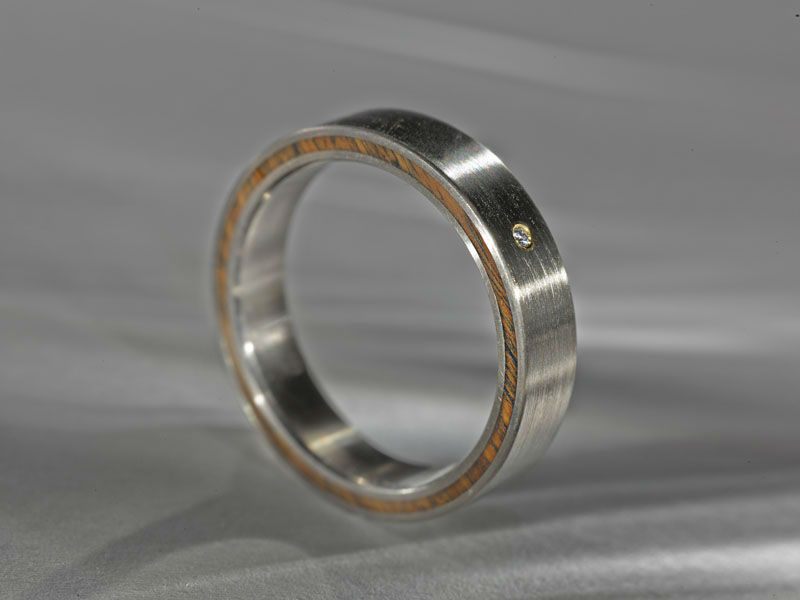 This band, made by the Japanese-born, New York-based designer Satoru W. Bauman, features a small diamond on the outside and a small ruby on the inside, with the precious stones lining up nearly point to point. But that’s not the standout signature of this band. “Satoru does something that I’ve never seen anyone else do,” Gorman says. “He actually uses one of the densest woods in the world, and he inlays it into the band itself.” The result is a ring that is both rugged and refined, a match for lovers who are lumbersexual, metrosexual, or even just plain ol’ gay.