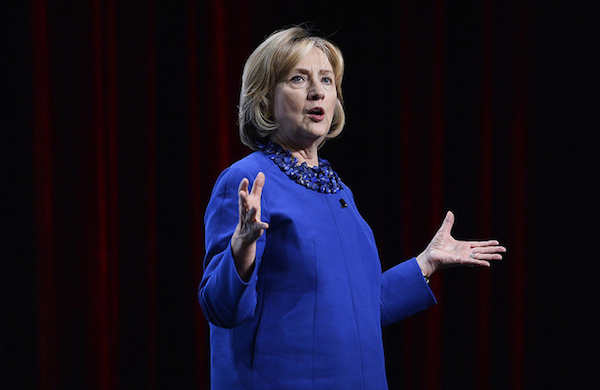 Hillary Clinton has hired someone to run part of the presidential campaign she has yet to announce.

According to the Washington Post, Clinton has hired Google’s director of product management for civic innovation and social impact, Stephanie Hannon, to be her chief technology officer. Hannon’s most recent work at the search giant included developing tools to distribute election information, such as through Google Now, including details on candidates and voting locations.

Hannon will become the first woman to hold the title of CTO in a presidential campaign, though she lacks any experience in elections and their management. Still, her work with Google, particularly in terms of the reaching voters through digital means, and her twenty years in Silicon Valley will be invaluable to Clinton’s efforts to tackle an electorate which increasingly gets its information from the internet.

The Post understands that Hannon won’t be developing an app for Clinton — so stop clearing space on your iPhone homescreen — at least, not immediately. Should Clinton venture onto smartphones, it will be developed during the course of her campaign, rather than launched at the start.

Hannon will instead oversee a team of developers and engineers, who will work to create apps, websites and other tools to distribute the former First Lady and Secretary of State’s political message to potential voters.

Of course, until Clinton announces that she’s running for President (but, really, c’mon) this is all still hearsay. Compelling, reliable and believable hearsay, but hearsay nonetheless.