By John Riley on April 2, 2015 @JohnAndresRiley 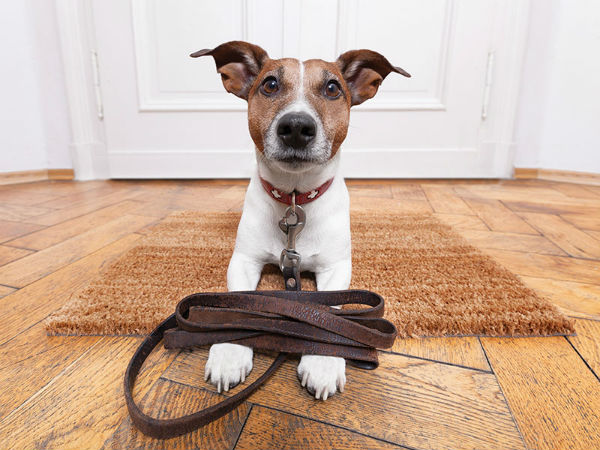 Gus Elfving remembers the days he was doing overnights for doggy daycare and walking dogs — odd side jobs to make a living and pay the rent.

“I was working at the Container Store part-time, for about two years or so,” Elfving recalls. “And one day my manager called me and said, ‘Gus, do you work here anymore?’ And I said, ‘Yes.’ And he said, ‘Because you haven’t worked here for two months.’ And I was like, ‘Really?’ I had been getting assigned shifts, but I was getting them covered, because I was so busy with my pet sitting and dog walking. It dawned on me that I could support myself. I was so fearful that I wouldn’t be able to make a living, but I realized that for two months I had been supporting myself, all on my own.”

Spurred by that realization, and by a growing number of referrals, mostly by word-of-mouth from satisfied clients, Elfving branched out and founded his own “bootstrap startup,” with very little capital and a strong work ethic.

“I put effort and energy and a lot of time and work into it because I believe firmly in ‘bloom where you’re planted,’ which is a concept that just means to try to be successful wherever you are, whatever you’re doing,” he says.

“We provide services in the home to pet owners in the D.C. area, because we feel that in the home is where the pet is safest and most comfortable, typically speaking,” Elfving says. “D.C. is full of very hard-working people focused on their careers, so our passion is helping make sure pet ownership is possible for everyone.”

The bulk of Pet Peeps’ business deals with dog walking and pet sitting, although the business also provides other services like private in-home boarding for when owners have extended out-of-town trips or vacations and “pet taxi” services, such as transporting canines and felines to the veterinarian for checkups when owners can’t get off work, or to other homes, as in the case of an ex who may live outside of the District who has joint custody.

“D.C. is full of very hard-working people focused on their careers, so our passion is helping make sure pet ownership is possible for everyone.”

“Let’s say you live in D.C., and your ex lives in Fairfax,” Elfving says. “And you don’t have a car, but the dog is going to the ex’s house. So you can take a cab with your dog — most cabs will allow you to — out to your ex’s house, but then you’ll have to take a cab back. So it might be easier just to have us take the dog there for you.”

About 75 percent of the business is dog-centric, with roughly one-in-five services pertaining to cats, and the remainder a variety of other pets, which can include lizards, birds, and turtles, but primarily consists of a rather large number of rabbits, Elfving says.

For seven years, Elfving ran Pet Peeps out of his home, with occasional staff meetings held at a public venue like the old Caribou Coffee at 14th Street and Rhode Island Avenue NW. The small company has since moved its headquarters to a rented office in the renovated WeWork building, inside the old Wonder Bread Factory, in the city’s Shaw neighborhood. From there, Elfving directs a staff of 16 other individuals, mostly independent contractors or interns, who carry out the various services — which can range from $10 to $100, on average.

Contractors are largely chosen based on their availability and location, with certain dog walkers and pet sitters catering to certain neighborhoods, Elfving says. The contractors can be available at any hour during the day or night, but owners must first set up an appointment in advance. All contractors are required to pass an evaluation analyzing their skill set and knowledge of pets prior to being hired by Pet Peeps. They also must undergo a background check and be certified in either Red Cross Pet First Aid or Pet Tech, which deals with first aid and CPR for animals.

Primarily, though, Elfving has been able to establish a foothold in the District through availability, not only in terms of his contractors’ work hours, but by being one of the first pet care service agencies to operate in the District prior to its relatively recent — and rapid — pace of gentrification. And longevity has its payoffs: about 95 percent of Pet Peeps’ business takes place in the District, even though the business is also licensed in Maryland and Virginia.

“Now, we have to beat them back with a stick,” he says, laughing.

John Riley is the local news reporter for Metro Weekly. He can be reached at jriley@metroweekly.com
← Previous Story Wylie Wagg is a Whole Foods for Pets
Next Story → Thunder Cats (and Dogs)