Complacency is bad for business, bad for consumers, and bad for Sony 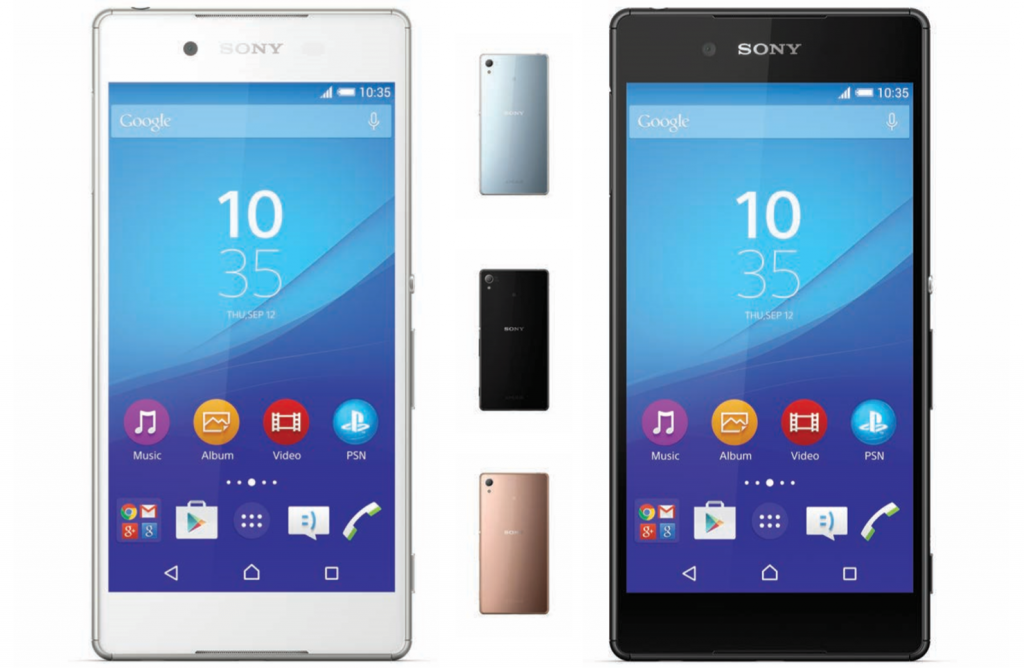 Complacency is dangerous. Allowing work to stagnate, ignoring suggestions to improve, and refusing to better one’s output can have severe consequences. Complacency at school warrants a stern letter home to your parents. Complacency in a relationship invariably leads to dissatisfaction, a wine-soaked breakup and loneliness. If I’m complacent with my columns, our loving editor beats me with his MacBook and throws me in the Potomac — it ensures you get the best content possible.

Complacency in business, however — especially one embedded in the consumer market — is downright suicidal. Refreshing inventory, staying on top of market trends, redesigning key products, cultivating loyal users and commercial appeal: complacency has no place in business. That, perhaps, is why it’s so bizarre to see Sony, a company once known for pushing the boundaries of consumer technology, so willing to let its flagship smartphone line slowly and painfully dig its own grave.

When it launched in early 2013, the Xperia Z smartphone was something of a revelation. Its 13 MP camera took incredibly detailed images, its Full HD screen was colorful and pixel dense, Sony’s customizations to Android were light, the phone was fast, and battery life was great. A glass front and back sandwiched a water- and dust-proof design as durable as it was handsome. Sony had a device that could rival the best from Samsung, HTC, LG and others.

Faced with a great device that Americans didn’t want, Sony powered ahead with a strategy that had been failing it since 2011.

Except, nobody really wanted it. While it sold well in Europe and other regions, Sony failed to grab America. Apple and Samsung dominated and carriers balked at Sony’s low share of the smartphone market. So, faced with a great device that Americans didn’t want, Sony powered ahead with a strategy that had been failing it since 2011, by launching a brand new flagship just six months later — though the West favors a yearly release schedule, Japan prefer six month upgrade cycles, and Sony has adhered to those for all markets. Since the original Z, we’ve had the Z1 (late 2013), the Z2 (early 2014), and the Z3 (late 2014). In that time, Sony has refined the original design. Its glass sandwich now contains an aluminum filling, its processor has remained on point, the screen has remained Full HD but has improved in quality, the camera has bumped up to 20MP, and battery life has increased with each version.

However, all of those improvements happened on the Z1. Over two successive launches, the Z2 and Z3, Sony’s updates amounted to a fresh coat of paint and deep-cleaning the carpets. For whatever logic that permeates in Sony’s Japanese headquarters, launching a near identical device every six months was the perfect way to capture Android buyers and iPhone converts. Unsurprisingly, it hasn’t panned out.

Look, I own a Z3. It’s a good smartphone. It doesn’t bog down, it lasts for up to two days on a charge, and in the right conditions its camera produces some great images. Every Z device has earned plaudits from critics for being good all-rounders. But being good simply doesn’t cut it anymore. Apple overhauled the iPhone, Samsung took the Galaxy S6 in for extensive cosmetic surgery, and LG look set to introduce their G4 next week with a renewed focus on premium materials. Sony has been churning out essentially the same design for two years now.

That’s what makes the just-announced Z4 all the more baffling. Even Sony’s reveal suggested it’s ashamed of how woefully underwhelming its latest flagship is. Quietly revealed on their Japanese website, there’s no international launch planned and a set of specifications that looks far too familiar. When it became apparent Sony wasn’t going to launch the Z4 in February (six months after the Z3), rumors abounded that it was taking the Z line back to the drawing board to better compete with its heavily-updated rivals. Sorry, internet, but unless Sony has a different device in the works for release outside of Japan, we’ve got a delicious helping of same-old to enjoy.

They make the sensor that Samsung and Apple use for their cameras, both of which outperform Sony’s efforts. That’s idiotic.

What’s even more concerning is that some of Sony’s updates make the Z4 worse than the device it purports to replace. Sure, it’s thinner, lighter and packs the latest Snapdragon 810 chip. That’s great. The sacrifice? That powerful processor is being driven by a smaller battery than before, so you can forget two days of charge unless Sony is throttling the life out of the 810.

But there’s a bigger camera on the front for better selfies! Great, except there wasn’t anything wrong with the camera the new 5MP unit was replacing. Instead, Sony’s main issue was round the back. That 20.7MP Exmor RS camera may sound impressive on paper, and indeed it is. Or, rather, was — 20 months ago, when it launched on the Xperia Z1. Since then, Apple’s iPhone and Samsung’s Galaxy Note and Galaxy S lines have surpassed Sony with lower megapixel cameras. That Sony hasn’t introduced optical image stabilization, which vastly improves image quality, on the Z4 is idiotic — especially given that they make the sensor that Samsung and Apple use for their phones, both of which outperform Sony’s efforts.

Perhaps most egregious, however, is that, unless you’re a smartphone nerd, you simply won’t notice the difference between a Z3 and a Z4. Unless you require your device to have a mild case of anorexia and sport the latest internals, the Z3 remains plenty powerful, plenty capable and likely costs a good deal less than the Z4 will (no price has been announced yet).

I don’t want to demonize Sony, as it’s not alone in this respect. Apple is more than happy to rest on its laurels every two years with “S” variants of the iPhone. They invariably amount to little more than a fresh processor and a token upgrade or two, but Apple can make those small changes as it knows that consumers will still eat it up — Apple is, in some ways, where Sony used to be. People covet the brand, and will buy whatever it has to sell. A better comparison, in that respect, might be HTC. With its One range, in three years HTC hasn’t seen fit to vary too wildly in terms of design. This year, it could be accused of the same complacency as Sony — the One M9 has a camera that’s apparently worse than last year, and an overall design and spec sheet that’s not wildly dissimilar to the One M8. However, HTC enjoys support from every major carrier — Sony has launched on T-Mobile in the U.S., and that’s it. HTC will likely be punished for its lazy update, but it’s in a much stronger place than Sony can claim to be.

Where Sony’s biggest threat lies, and indeed has always lied, is in Samsung. After two years of mediocre, plasticky handsets, the Korean giant listened to its critics and stripped the Galaxy S back to the essentials, rebuilding it into one of the most desirable smartphones currently available — that includes the iPhone. Samsung unveiled the jaw-dropping S6 Edge and its plain sibling to critical acclaim, with premium construction, great cameras and brilliant displays. Samsung sacrificed some features — microSD slot, waterproofing, removable battery — but made a more desirable, better rounded device for the majority of consumers.

Sony’s problem is that, for quite some time, it was making a better smartphone than Samsung, but very few were interested. Now, the tables have turned.

Sony’s problem is that, for quite some time, it was making a better smartphone than Samsung, but very few were interested. Now, the tables have turned. Sony is still making a good smartphone — but Samsung is now making a great one. Sony can’t argue looks, it can’t trumpet build quality, it can’t tout the camera, its screen is no longer market-leading.

Perhaps most telling of all are the billions of dollars Sony’s smartphone division lost last year. With an uncertain future selling smartphones, a complete lack of consumer interest in America, and a stagnant design department, is it any wonder Sony created a paint-by-numbers device to satisfy whatever Japanese demand there was?

If Sony is merely stalling until it launches a truly resurgent, resplendent global flagship, something to compete with its rivals on every count, then it’s playing a dangerous game. If this is a last gasp from a company capable of much better, it’s a cautionary tale on the dangers of being complacent.