GM celebrates half a billion sales

As General Motors celebrates half a billion sales, we take a brief look at their history 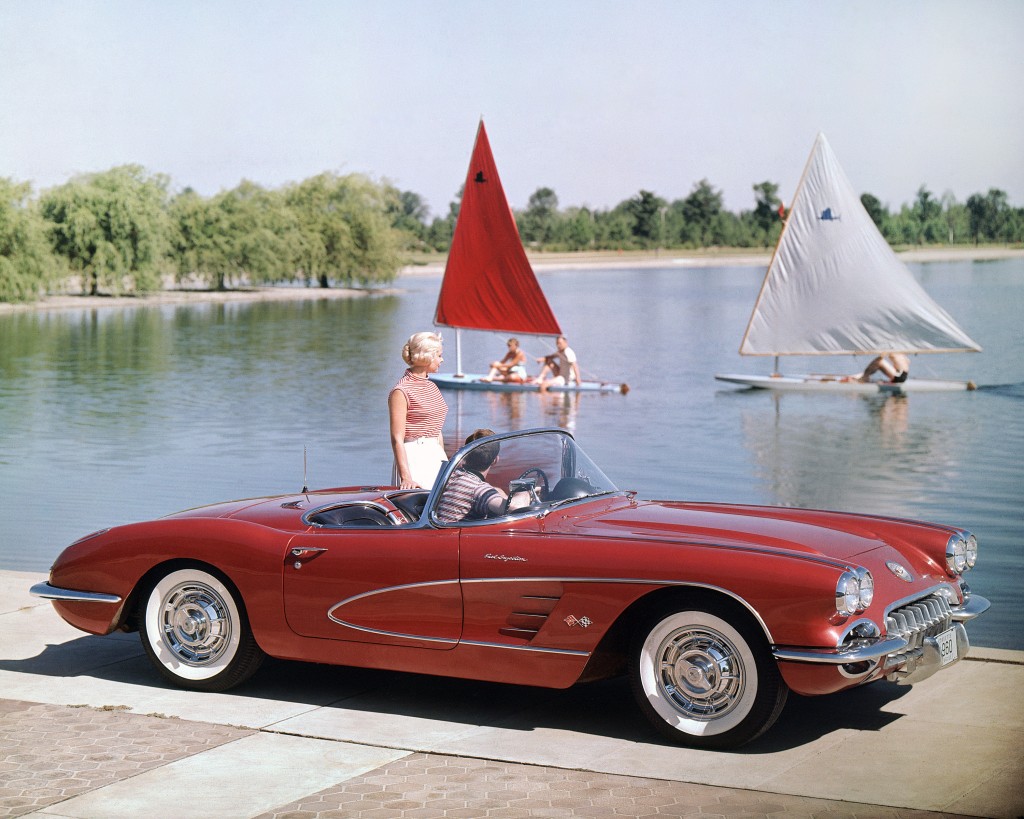 A lot can be accomplished in a century. The moon has gone from a distant friend to a potential stepping stone to Mars. Cinema evolved from grayscale silence into digitized extravaganza. America developed from isolated independence to become the world’s preeminent superpower. And a little company called General Motors sold half a billion vehicles.

Yes, that’s right. Five hundred million vehicles, sold over 106 years. Seventy-seven of those were spent as the world’s largest automaker, a crown GM has only recently relinquished to Toyota. The company employs 190,000 people, manufactures cars in over 170 locations, and sells them in 140 countries around the world. There are no small numbers when it comes to General Motors.

But how did GM get to where it is? How did a holding company started in 1908 become the world’s preeminent automaker? Let’s find out. 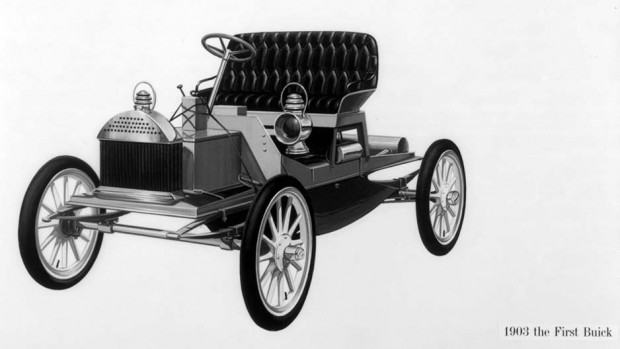 The General Motors Company began life in 1908. Its founder, William C. Durant, had made his fortune in horse-drawn carriages and acquired Buick in 1904, turning it into one of America’s most successful brands. In 1908, he established GM as a conglomerate, which would control various sub-brands and the manufacturing processes required to build their cars — indeed, his carriage firm, Durant-Dort, supplied many of the components of that early era. By 1909, Durant had expanded GM to include Cadillac — which would introduce the world’s first electric starter in 1912 and the first V8 in 1915 — Oldsmobile, Oakland (what we now know as Pontiac) and two companies that would later evolve into GMC, GM’s truck division.

After an $8 million deal to buy Ford was rejected by a bankers trust, Durant was forced out by the company’s directors. He responded by founding Chevrolet with Louis Chevrolet. The brand’s success would lead to his return to GM in 1916, bringing Chevrolet into the fold two years later. In 1920 he was removed again, this time permanently. 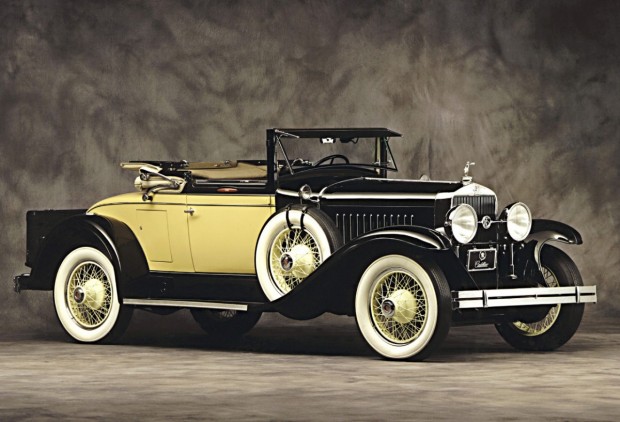 With the Roaring Twenties came rapid growth. GM relocated from Flint, Michigan to Detroit, establishing the city as the home of American automotive manufacturing. Its headquarters, now known as Cadillac Place, would serve the company until 1996 and are a registered National Historic Landmark. GM bought Britain’s Vauxhall and Germany’s Opel, which would later be combined into one brand, and is today sold as Buick in America. Australia’s Holden would be acquired at the start of the next decade. It was during this time that the Pontiac brand came to be. Originally established as a subsidiary of Oakland, it outsold the original and then superseded it.

GM also began to target its various brands at specific types of consumers, deemed the “ladder of success.” Starting with Chevrolet, then considered basic transportation, consumers could upgrade to Oldsmobile, Pontiac, and then Buick. Cadillac became, and still is, GM’s luxury brand for affluent buyers. To better allow customers to purchase their cars, GM established an early form of consumer financing, beating Ford, which wouldn’t implement similar measures for another decade. By that point, GM had already passed Ford in sales. 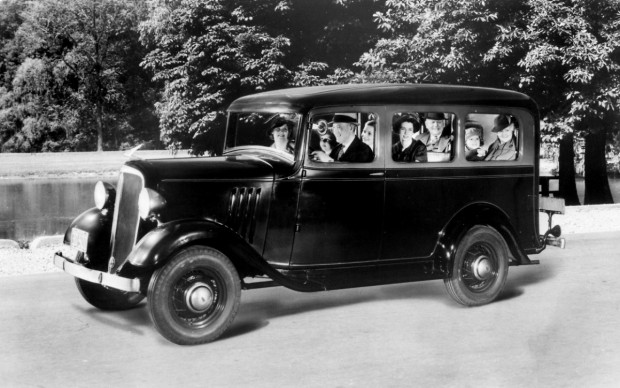 The Great Depression inevitably led to a decrease in sales. Cadillac, as the brand’s luxury marque, saw sales decline between 1928 and 1933 by eighty-four percent. They rebounded, helped by the removal of an archaic policy which discouraged selling vehicles to African American consumers, and models such as the Chevrolet Suburban (which currently holds the record as the longest running nameplate in the world), but the arrival of war would halt the company’s growth again — though it was able to introduce the world’s first automatic gearbox in 1940. World War II saw GM become a global leader in production for wartime armaments, vehicles and aircraft. However, in Europe, while Vauxhall was producing Churchill tanks for the Allies, GM’s German automaker, Opel, was nationalized by the Nazis and switched to providing services to Hitler’s war machine. Still, there was a curious upside for GM — after Allied bombings, possibly using its own aircraft, it was able to claim $33 million in war reparations to rebuild facilities. 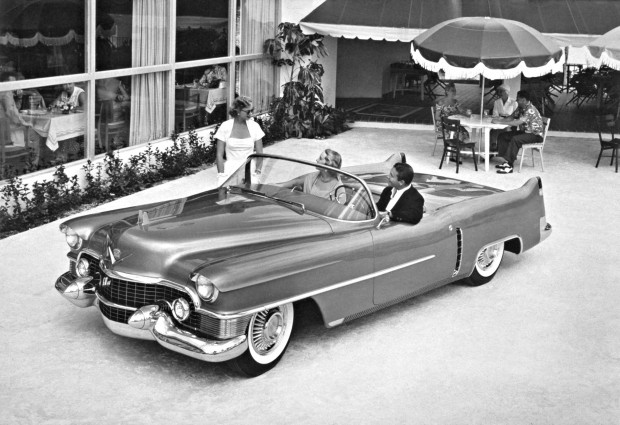 Growth postwar was massive. GM was briefly the largest corporation in America in terms of revenue as a percent of GDP. In 1955, it became the first American company to pay taxes in excess of $1 billion. By the end of the 1950s, the strict lines between brands had started to fade, as high-powered engines reserved for luxury cars trickled down to the Pontiac and Chevrolet brands. This in turn led to the consumer confusion that would plague GM into the ‘00s — as the various brands diversified, consumers were given multiple similar options, such as the Chevrolet Impala, which competed with both Oldsmobile and Buick. 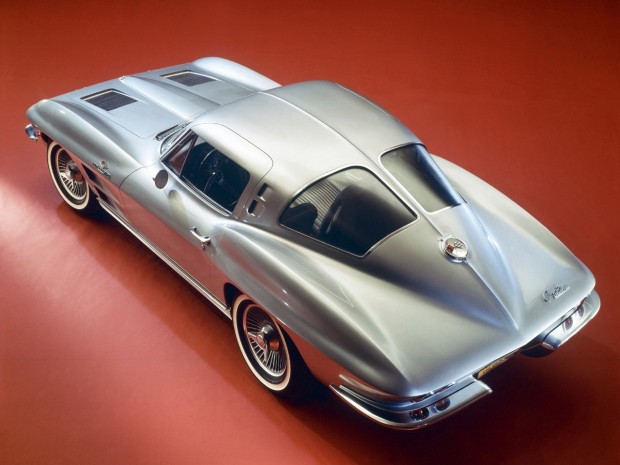 It was the ’60s that produced two classics of American motoring. When Ford released the Mustang in 1964 it enjoyed incredible sales and rapturous praise. GM was desperate for a slice of the consumer pie, so released the Chevrolet Camaro and Pontiac Firebird — though it was Pontiac’s GTO that is often credited with kickstarting the muscle car craze. This was also the era when GM began moving to platforms, from which a variety of models could be produced, something which would be further refined in the following decade. By 1964, GM had crossed its first major landmark: 100 million vehicles sold. 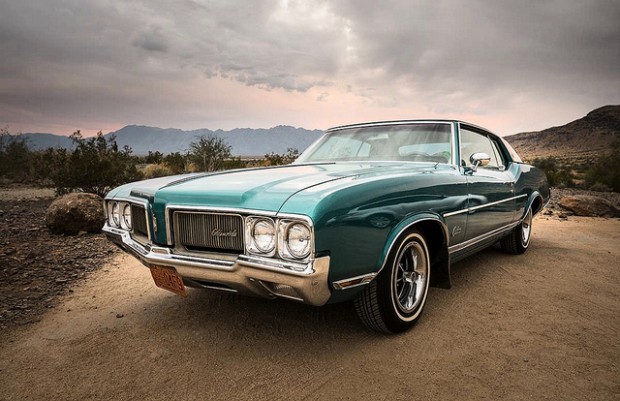 The ‘70s brought a variety of developments: GM’s crash test dummies became the industry standard, it became the first automaker to offer airbags, and was also the first to offer the catalytic converter — an important step in helping to reduce the impact that cars have on the environment. This was also, unfortunately, the time when GM’s reputation for reliability woes began to surface. After the Chevrolet Corvair was lambasted in the ‘60s for being unsafe, the Chevrolet Vega was impacted with quality issues due to labor unrest. Still, Oldsmobile bucked the trend, with its sturdy Rocket V8 engine propelling it to be the third biggest automaker in America. However, when demand outstripped supply and GM started fitting vehicles with Chevrolet V8s, GM was slapped with a class action lawsuit by angry customers who specifically wanted the Oldsmobile engine. At the start of the 1980s, GM’s X-body platform led to the “X-Cars” debacle, with many models built on the platform suffering numerous reliability issues. Still, even with quality seemingly dropping, GM managed to reach 200 million sales by 1978. 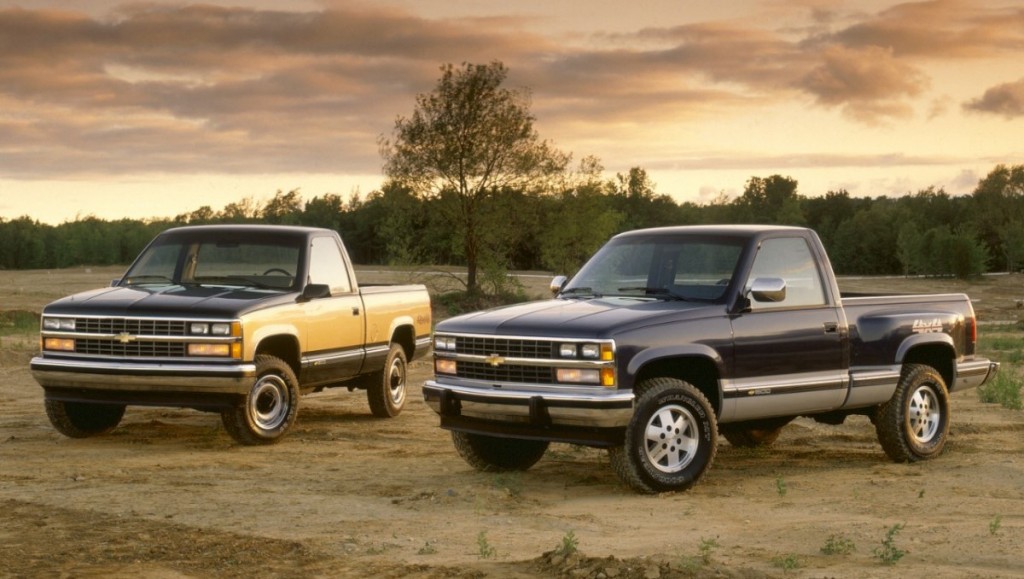 The 1980s were better. While GM struggled during the recession, profits rebounded. It streamlined its products and introduced the Saturn brand for younger consumers, while SUVs, such as the Chevrolet Suburban and GMC’s Suburban (later rebadged Yukon XL), faced increasing demand. GM also formed joint ventures with two Japanese rivals — one of whom, Toyota, would eventually supplant the firm as the world’s largest automaker. 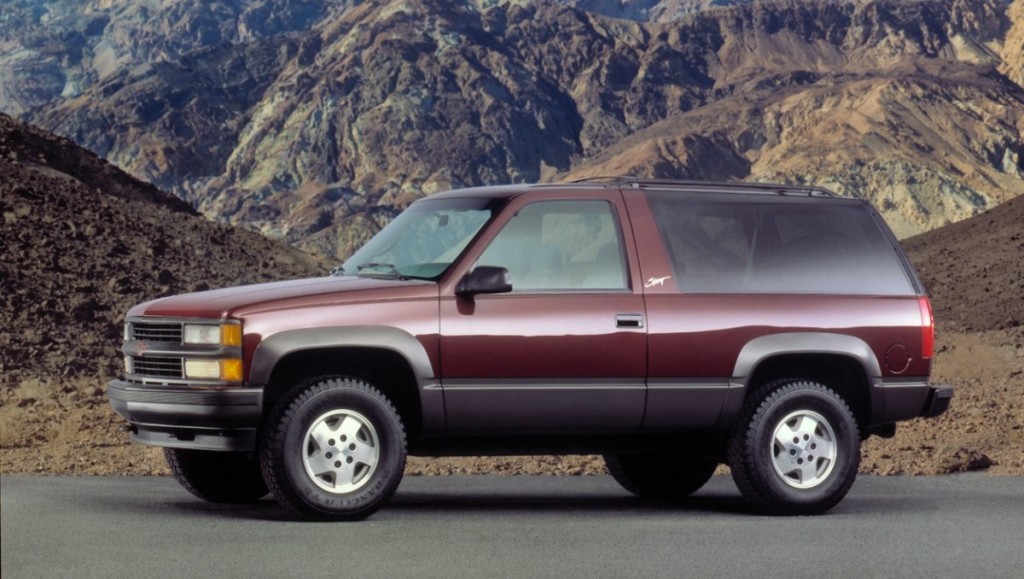 GM celebrated the start of the ’90s with another milestone: 300 million vehicles sold. The early ’90s recession hit hard, but it was afterwards that America’s obsession with SUVs and trucks began to take hold. Chevrolet and GMC introduced the Tahoe and Yukon, respectively, in the late ’90s, to massive success, with sales increasing yearly until the early ’00s, alongside their larger SUV siblings and GM’s truck division. 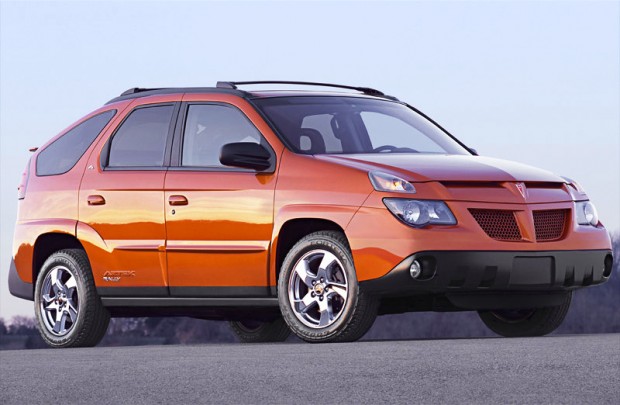 This century has been less kind to GM. While it hit 400 million vehicles sold in 2004, increasing gas prices forced Americans out of SUVs and into smaller vehicles. GM faced increased competition from foreign automakers, such as Volkswagen, Honda and Toyota, who were producing more efficient, more capable, higher quality vehicles than GM — or Ford and Chrysler. The perceived quality of vehicles, or lack thereof, led to American cars becoming a running joke in other nations, and the rise of the German trio of Audi, BMW and Mercedes-Benz forced GM out of the luxury market, as budget automakers squeezed it at the lower end. GM was shedding money, to the tune of a $2 billion operating loss in 2008 and a share price that dropped 90 percent in 2009. It all ended in the infamous Chapter 11 bankruptcy during the height of the global financial crisis, with the government bailing the automaker out and forcing it to restructure. 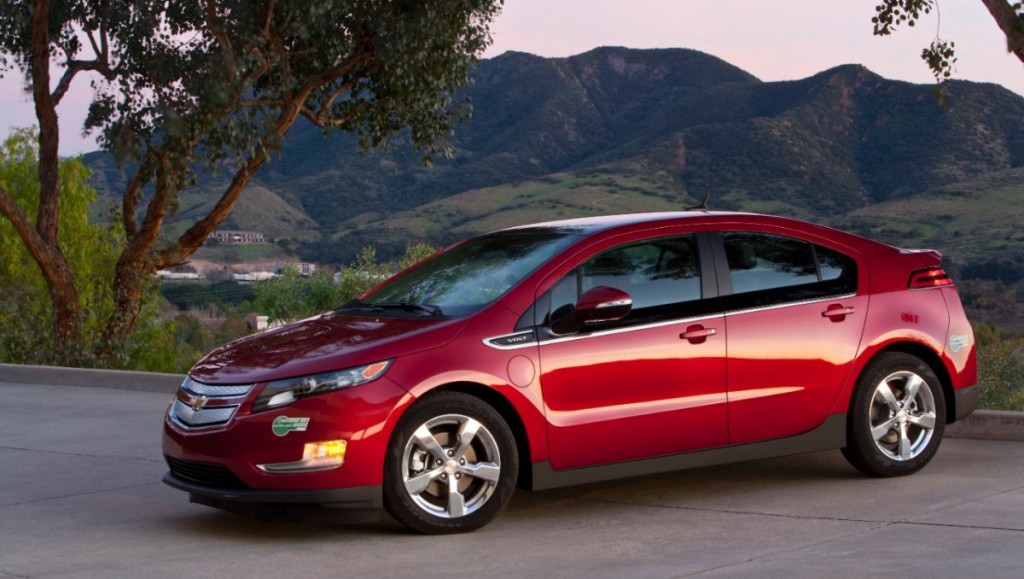 Since then, GM has remarkably rebounded. It shed several brands, including Pontiac and Saturn, and a manufacturing venture from 1997 in China has led to that nation becoming GM’s largest market. Cadillac has finally returned to top form, legitimately competing with its German and Japanese rivals as a luxury brand. Many of Chevrolet’s products are considered among the best in their class, and they introduced the world’s first extended range EV in 2011 with the Volt. Buick has stabilized, helped by high quality models from Vauxhall and Opel. GMC has remained resilient, long reigning as one of GM’s most profitable brands. 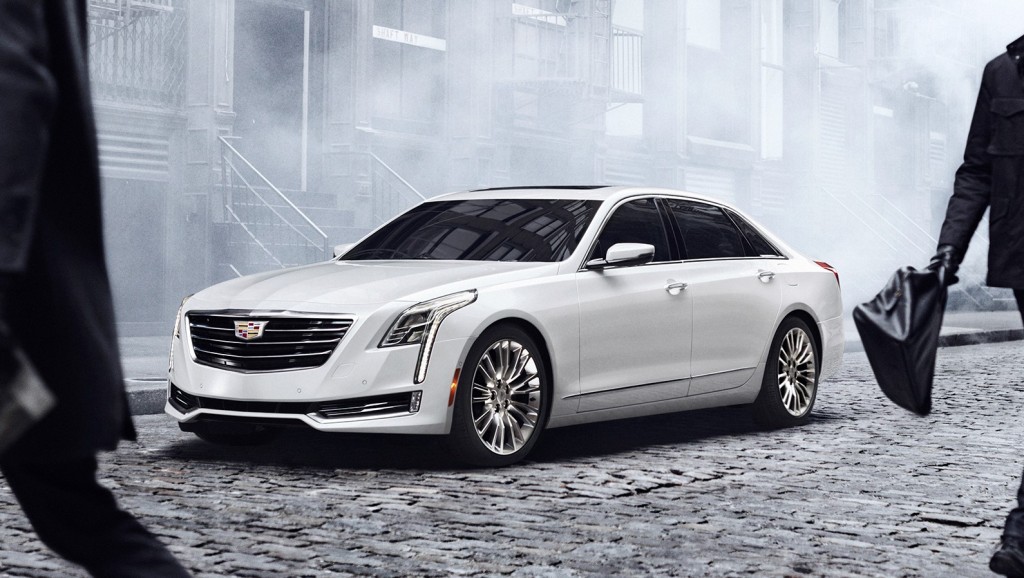 Even the ignition switch crisis, which has now led to over 100 deaths, hasn’t dampened sales for GM. It returned to profitability a year after filing for bankruptcy, and has since gone on to reach that incredible milestone — 500 million vehicles sold. It may have taken a century, it may have included its fair share of bumps in the road, but no other automaker has yet come close. General Motors is an American institution, and celebrating half a billion consumers purchasing its vehicles is just another incredible milestone in the company’s rich history.