“Congratulations to the Yes side. Well done.” 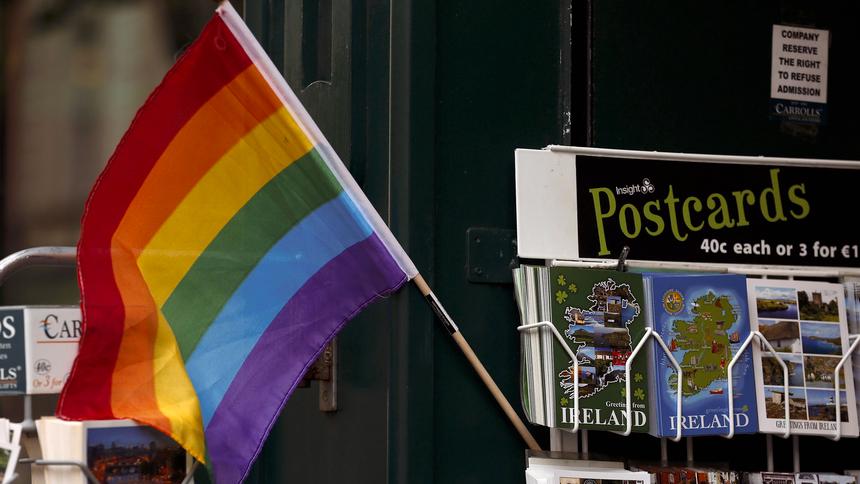 — A tweet by David Quinn, leader of the opposition for the passage of same-sex marriage in Ireland. Friday’s vote was historic in that it marked the first time same-sex marriage has been passed by a national popular vote. The final tally is expected to be released later today.

The referendum changes Ireland’s constitution, making it legal for two people to be married “without distinction as to their sex.” The vote is even more remarkable for the fact that Ireland is 84% Catholic, a religion whose official attitude toward homosexuality and same-sex marriage is somewhat less than warm. In the days leading up to the vote, several Catholic bishops and pastors at various evangelican Christian churches emphatically rallied their congregants to vote no. But the general populace of Ireland clearly wasn’t having any of that, and the emotional tug of advertising campaigns urging a Yes vote lent some sublime charm to the proceedings. One sign urging a Yes vote, for instance, bore the poignant slogan, “Tread softly, because you tread on dreams.”

“This is a moment that rebrands Ireland to a lot of folks around the world as a country not stuck in tradition but that has an inclusive tradition,” Ty Cobb, international director of the Human Rights Campaign, told the New York Times.

“It was wonderful the vote was so overwhelming,” Irish Senator David Norris, who 30 years ago helped kick off the campaign to decriminize homosexuality in Ireland. “The straight people of Ireland have said welcome to the Irish family. This should be a template for the rest of the world.”

Added 42-year-old Nick O’Connell, a 42-year-old gay man from a rural area of the country: “This is different from other countries because it was the people who gave it to us, not a legislature.”

Must Read: Ireland – On the Brink of History