The new Camaro is more aggressive, more powerful and more efficient than ever before 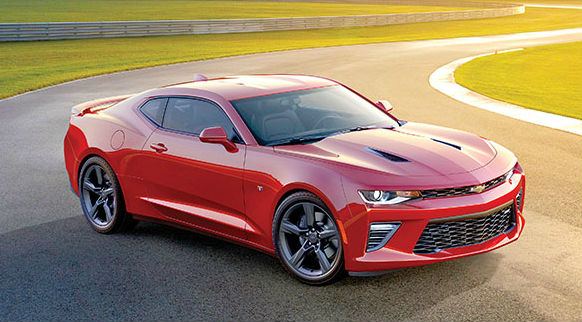 Redesigning a car is no easy feat, but when it’s a marque as brand-defining as the Camaro, the stakes are even higher. Chevrolet needs to keep Camaro fanatics happy, entice buyers away from Ford’s excellent new Mustang and the resurgent Dodge Challenger (especially in barnstorming Hellcat form), and refresh a design that has proven immensely popular since its introduction six years ago — without ruining everything in the process.

To make things as easy as possible, Chevrolet focused on three key areas with the 2016 Camaro: make it leaner, make it meaner, and make it… greener?

No, really. But we’ll get to that later. Let’s start with making it leaner. Chevrolet has reworked the entire vehicle; just two parts are carryovers from the current model. Using computer smarts and a mixture of lightweight materials and weight-saving measures (“saving grams here and pounds there,” as Chevy noted), they’ve knocked at least 200 lbs from the Camaro’s curb weight. That’s the equivalent of kicking a hefty person out of the passenger seat, which should help wonders in making the new Camaro feel less ponderous to drive.

In terms of meaner, well, just look at it. The old car, with its retro-inspired body, was handsome, but this new car is aggressive, muscular, mean. It fits in well with the Mustang’s new, sharper body, keeping the Camaro’s aesthetic bang up to date. It’ll also slice its way through the air with greater ease than before, a result of 350 hours (or, the average Netflix binge) spent in a wind tunnel honing its edges and bulges. Chevrolet claims it will reduce drag, helping economy on standard cars, and improve downforce on the powerful SS variant.

What, though, does the Camaro’s greener moniker imply? Naturally, shedding weight and helping airflow will boost a car’s gas mileage, but that’s not all Chevy is doing. Muscle car faithful may want to take a seat: the Camaro will be available for the first time with a 2.0-liter, four cylinder, turbocharged engine. Yes, this muscle car will have the same size engine as a family sedan. It’ll even do 30 mpg on the highway. Of course, the figures aren’t everything here. That 122 cubic inch engine produces 275 horsepower and 295 lb-ft of torque, enough to hit 60 mph in under six seconds. As a comparison, the original ‘67 Camaro in SS-350 guise used a 5.7-liter V8 that was rated at 295 hp and 380 lb-ft. The six-cylinder only managed 140 hp. Yes, you’ll be sacrificing a little “muscle” in your muscle car if you opt for the base four in this new model, but it’s no slouch. 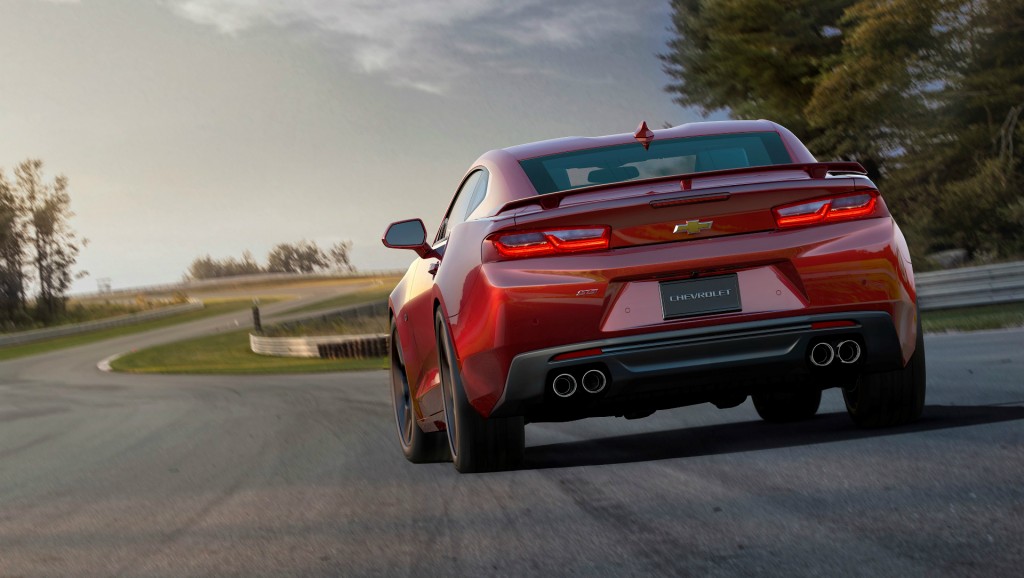 It’s also a sign of modern times, with engineers wringing every last possible horsepower from an engine’s capacity, but if you still can’t fathom buying a Camaro with the 2.0-liter, worry not. There’s a new, 3.6-liter V6 throwing out 335 hp and 284 lb-ft, which Chevy promises has the highest output of any naturally aspirated V6 in the segment. For the power-hungry, SS models will be treated to a new 6.2-liter V8 offering a tempting 455 horses and 455 lbs-ft torque to enjoy. That makes it the most powerful Camaro ever.

In terms of performance, Chevrolet is making bold claims. They say a stiffer chassis, Magnetic Ride Control suspension, selectable drive modes and a host of other tweaks and changes have made the Camaro a vehicle of “finely honed performance.” That would be a radical departure from the current model. I’ve driven the Camaro (a 2013 SS Convertible, on a road trip from L.A. to Las Vegas) and while it was fast and smooth, it was far from sporty. Particularly damning was that, performance-wise, it felt little faster than the Mercedes GL I’d been driving the day before. That’s where the weight drop and power boost in the 2016 car should help immeasurably. Whether it will corner with any more composure remains to be seen, though Chevy are doing their best to assure everyone that it will — and a handful of journalists invited to test drive development cars have so far sung its praises.

Another bugbear during my time with the Camaro was its rather cheap interior, seemingly a necessity for its low starting price. Mercifully, Chevrolet is once again promising to do better: higher quality materials, a smarter design including a flat-bottomed steering wheel, a wider variety of personalization options, even unique air vent controls. Hey, it’s good to stand out. 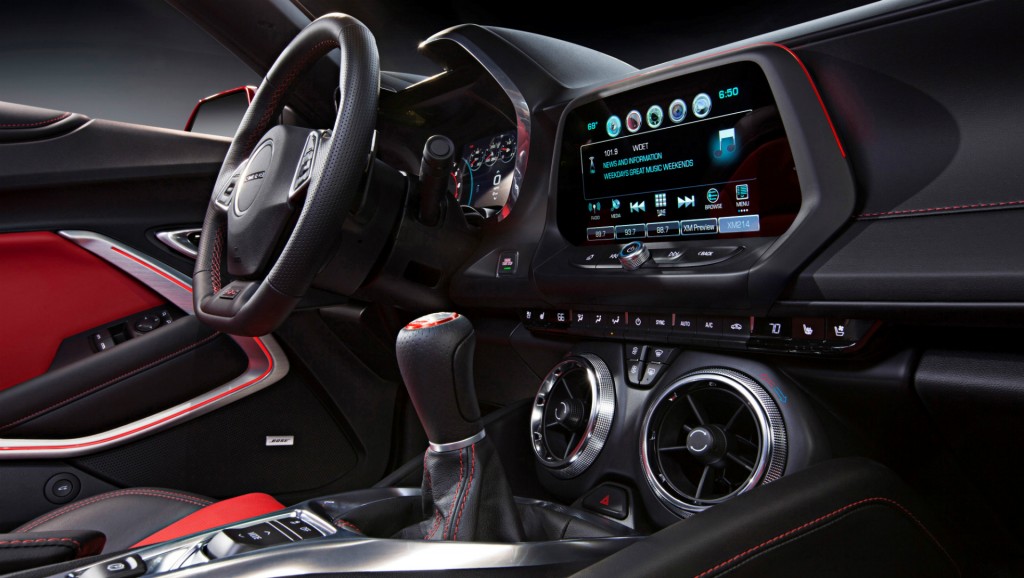 “We expect it will set the new benchmark in the segment,” the Camaro’s chief engineer said in a statement. That remains to be seen, but it certainly makes a compelling case for itself. An aggressive, fast muscle car that can corner proficiently and return decent mileage when cruising? That sounds pretty great. It also sounds like what you’ll find in Ford’s 2.3-liter, EcoBoost-powered Mustang — and that’s the problem Chevrolet faces. The new Mustang outsold both the Camaro and the Challenger combined in March of this year. Do buyers have a compelling enough reason to wait for Chevy’s pony car, when they could get the actual thing?

If the past few years are anything to go by, the answer is yes — regardless of whether the Camaro or the Mustang is better. The Camaro has been outselling the competition since 2010 and if the 2016 update represents improvement in every area, there’s no reason that shouldn’t continue when it launches later this year. Chevrolet’s brand-defining car, which sits alongside the Corvette as a fan favorite, is leaner, meaner and greener, and it’s all the better for it.

Rhuaridh Marr is Metro Weekly's managing editor. He can be reached at rmarr@metroweekly.com.
← Previous Story GM celebrates half a billion sales
Next Story → Chevy overhauls the Silverado to keep up with the F-150