SCOTUS inaction may spur other states to pursue their own bans 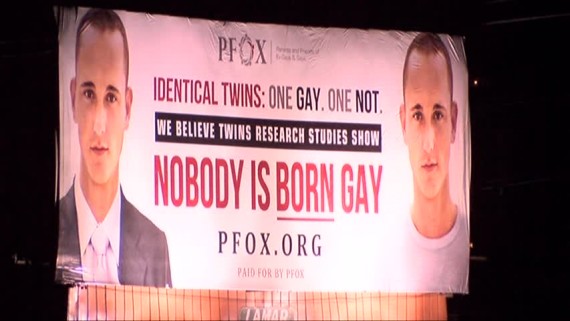 Advocates of banning the practice of conversion therapy on minors celebrated, while supporters of the therapy lamented the survival of a New Jersey ban, following a decision by the U.S. Supreme Court not to hear a challenge to the Garden State’s law.

Because of the Supreme Court’s decision not to take the case, New Jersey is bound by the opinion of the 3rd U.S. Circuit Court of Appeals, which found last September that the ban on conversion therapy, also known in some circles as “reparative therapy,” did not violate the free speech or religious rights of licensed counselors who engage in the practice. The Supreme Court previously declined to hear a 2014 challenge to a similar ban in California. Since then, the District of Columbia has also passed a law prohibiting licensed counselors from practicing conversion therapy on minors, though most other states — even Democratic-leaning ones — have rejected such legislation.

Samantha Ames, a staff attorney for the National Center for Lesbian Rights (NCLR) and coordinator for its #BornPerfect campaign, which seeks to pass individual state bans aimed at ending the practice of conversion therapy on minors by 2019, praised the Supreme Court’s decision not to intervene.

“The Supreme Court decision effectively sends the New Jersey law into effect,” Ames said, while noting that there would be a short procedural delay as it is implemented. “That means that LGBT teens in New Jersey will be protected from these dangerous and discredited therapies that attempt to change sexual orientation and gender identity.”

Ames also said that the Supreme Court’s decision not to hear the challenge to the California and New Jersey laws is starting to set a pattern and precedent in which federal circuit court rulings are finding that bans on conversion therapy are constitutional. She also said that although ex-gay groups have threatened to sue over the District’s law, they have been unable to find a plaintiff claiming to be injured by the prohibition preventing minors from being subjected to such therapies.

“The arguments against this are just an attempt by people less concerned with the law than what the law means for their industry,” she said, pointing to the large sums of money that therapists and counselors who promote conversion therapy are able to garner by promising concerned parents that they can “fix” their child’s sexual orientation or gender identity. “It doesn’t infringe on anybody’s rights. Every time we win one of these cases, we get more states interested in passing bans on this therapy.”

Legislation for bans almost identical to the ones passed in California, New Jersey and the District were introduced in 18 states, though the bulk have either been killed or stalled in committee. Still, NCLR experienced a small victory on April 29 when the New York State Assembly passed such a bill by a 94-23 margin with bipartisan support. The bill now heads to the Republican-controlled New York State Senate, where it faces a more uphill battle. To be enacted this year, the Senate would have to pass the bill by June 17, which all depends on whether Republican leaders will bring the measure up for debate and a final vote. Similar bills are still alive in Massachusetts and also in Oregon, where even supporters of conversion therapy believe a ban is likely to pass.

Ames pointed out that both President Obama and U.S. Surgeon General Vivek Murthy have come out against conversion therapy. And, she said, with the courts finding laws that ban the practice “extremely constitutional,” it is incumbent upon state legislatures to “pass life-saving legislation.”

“It also sends a message to youth that they are born perfect,” Ames said. “And it sends a message to parents who are struggling after their children come out. The answer is education and acceptance, not trying to fix something that isn’t broken.”

But Christopher Doyle, of the Maryland-based International Healing Foundation (IHF), said that while he was not surprised by the decision of the Supreme Court not to intervene, Monday’s decision allowing the law to stand will only hurt young people who are struggling with unwanted same-sex attraction and genuinely want to change.

“Unfortunately, I think it’s a tragedy,” Doyle said. “This is the Supreme Court saying that the state can ban a goal of therapy. “

Doyle, who says he works with young gay and transgender people, both those who want to change their sexual orientation or gender identity and those who don’t, noted that sexuality, particularly among youth, is very fluid and lies along a continuum, rather than a black-or-white, are-you-or-aren’t-you dichotomy. Doyle added that it is hypocritical of the gay-rights movement and radical activists to support LGBT youth who want to explore their sexuality but not when it comes to ex-gays. Doyle further reiterated that he and those at IHF do not endorse conversion therapy for youth who are being forced into it by their parents.

“My heart goes out to people who went to a counselor who didn’t know what they were doing, or didn’t act in an ethical way,” Doyle said of LGBT people who previously underwent conversion therapy and now oppose the practice. But he also warned that limiting licensed counselors from engaging in the practice will just drive concerned parents to pursue unlicensed ways of changing their child’s sexuality, potentially putting those children at greater risk.

“If it’s not for licensed counselors who have a conservative view [of whether to have youth undergo conversion therapy], like me, their parents will take those children to a religious group or a church, who will tell them they’re wrong,” Doyle said. “That’s the worst thing that could happen.”

As for future state bans, Doyle notes that most of the proposed bans are only gaining traction in the most socially liberal of states, failing to garner enough votes even in Democratic-leaning environs like Illinois and Maryland due to the presence of so-called “Blue Dog Democrats.”

“Most legislatures want to allow parents and children to make the decision for themselves,” Doyle said. “But this issue’s not going away. Gay activists aren’t going away, even if they keep losing.”

Much like Doyle, other ban opponents have previously insisted that the choice of whether to pursue conversion therapy should be left up to the youth struggling with their feelings about unwanted same-sex attraction. The Alliance for Therapeutic Choice and Scientific Integrity (ATCSI), whose clinical and research arms are housed in the NARTH Institute, which objects to the idea that sexual orientation is static and cannot be changed, previously issued a statement following Obama’s announcement that he supports state conversion therapy bans, which was posted to the group’s website.

“Any society that grants the right to an adolescent to decide to terminate a pregnancy, or that often pushes graphic sexual material into school classes, cannot rationally suggest that this same adolescent should not have the right to freely participate in conversational counseling to discuss sexuality,” the statement by ATCSI reads. “If an adolescent is experiencing confusion or ambivalence about his or her sexual attractions, that individual should have the opportunity and the right to talk with a counselor of his or her choice.

“No one is asking or expecting contented gay citizens to change anything,” the statement continues. “The freedom of a gay teen to choose a therapist that honors his or her goals and values is unchallenged. All citizens should expect equal treatment and protection from the law and lawmakers. Research clearly demonstrates that sexual attractions, behavior, and orientation or preference change for some people over their lifetime. There is no evidence that support of sexual self-determination by licensed mental health professionals causes disproportionate harm to minors or adults who freely pursue this goal in therapy. If a poorly trained or unethical licensed therapist harms a client, the law already provides avenues to discipline the therapist or remove the therapist’s license to practice. These ‘therapy ban’ bills rob innocent teens of their freedom while adding no new protection for anyone.”

Still, Alison Gill, senior legislative counsel for the Human Rights Campaign (HRC) insisted that courts’ findings when it comes to conversion therapy expose the weaknesses of the arguments made by those who oppose the bans. She also pushed back against claims by those who had argued that the District’s Human Rights Act would be used to overturn the District’s ban on conversion therapy because of prohibitions on discrimination against sexual orientation, which includes those who identify as ex-gay.

“All the law does is limit a dangerous and harmful therapy,” Gill said. “There’s no realistic argument that the bill is discriminatory.”

She also added that the threat of possible lawsuits has not appeared to stop state legislatures from weighing such bans, particularly when laws such as California’s and New Jersey’s are upheld in court.

“It’s a good sign, because it shows our opposition doesn’t have winning arguments,” Gill said.

Indeed, recent developments such as Obama’s stated support for state bans and the decisions of the appeal courts seem to have only emboldened some advocates. While Maryland activists have largely focused their efforts on oversight of the process, rather than going for a ban, advocates in Virginia are moving forward with plans to wear down or convince their opposition to change their minds by re-introducing legislation banning conversion therapy next year, following this fall’s General Assembly elections.

“The research is clear: conversion therapy is not only ineffective, but can also cause depression, anxiety, and self-destructive behavior,” said James Parrish, Equality Virginia’s executive director. “Banning conversion therapy is not an issue of free speech; this is about protecting, supporting, and affirming gay and transgender youth as they come to terms with who they are. Hopefully the Supreme Court’s decision not to challenge the lower court’s ruling will help move the whole country in the right direction — all of our youth, regardless of where they live, must be protected from this harmful practice.”

John Humphrey, a board member of People of Faith for Equality in Virginia (POFEV), noted that his group is also part of the coalition pushing for a ban on conversion therapy.

“The court allowing the ban to stand is an important protection for people who have been, or those who would be, subjected to this kind of therapy,” Humphrey said. “We’re very clear, as people of faith, that religious freedom does not mean the freedom to impose your views onto others. Conversion therapy is the imposition of one’s religious worldview onto others, particularly children.”