Other People’s Children: Surrogacy and its misconceptions

It was a medical problem and a sister’s deep concern that first planted the idea in Sarah Cowen’s mind of carrying a baby to term for someone else.

“I had experienced very painful ovulations at 15,” she recalls. “And my sister offered to carry my children for me. [She ultimately did not.] I guess she planted the seed in my mind.”

Sarah Cowen (not her real name) eventually married and had two children of her own without any complications. Although she was happy with her family life in Pittsburgh, she wondered if she should act as someone else’s gestational carrier — someone who carries to term a baby that is not biologically related to them — to allow another person to form their own family.

“It was something I thought I might like to do,” the 30-year-old says. “I felt I wasn’t done with being pregnant, but we didn’t want any additional children.”

When she broached the subject with her husband, he rejected the idea. “He shot me down pretty quickly,” Sarah says, with a laugh. But she explained to her husband her reasons for wanting to consider the idea and eventually he agreed to support the decision. The couple then began the process of determining whether Sarah would be approved as a gestational carrier.

After signing with a placement agency, the Cowens created an online profile in a message board where prospective parents, surrogates and gestational carriers talk about their expectations. They were eventually drawn to a profile of a gay male couple based in Washington, D.C. After exchanging messages and sharing profiles, the couples began the process of negotiating the legal and logistical issues involved with a pregnancy.

Working with Shady Grove Fertility Center in Rockville, Md., the Cowens had to submit to mental screenings and evaluations where they discussed various issues with a therapist.

“They were similar questions to see if I was clear-headed about the decision. Was I deceitful? Was I a violent person? Did I understand what was involved?” Sarah says. “Physically, the biggest questions were: did I have children, were they healthy pregnancies, and was I done having my own children?”

Once approved for in vitro fertilization, Sarah went through the appropriate medical check-ups, talked over the legal contracts about who was financially responsible for which costs, and even went through a “mock cycle” with hormones designed to match her cycle with that of an egg donor already chosen by the couple. After the eggs were implanted, Sarah got pregnant on the first try, resulting in twin girls. Nine months later, the gay couple drove up to Pittsburgh for the delivery while Sarah went through labor.

“I carried them as I was wheeled back,” she says. “All the adults spent time hanging out in the postpartum room. The babies were in the nursery, but they’d bring them in and we’d teach the new parents how to burp them and change their diapers. I got to see their parents meets their grandbabies. It was a really awesome transition from me having carried them to them holding and caring for their babies.” 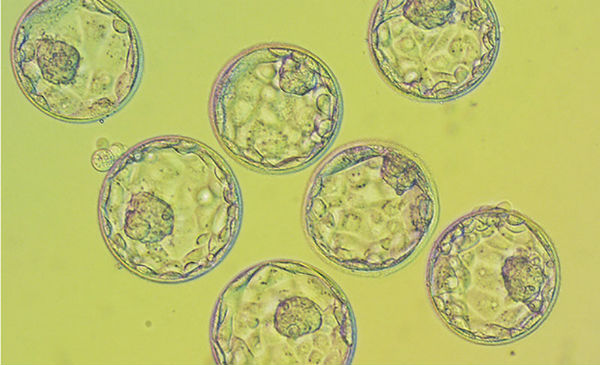 Because the Cowens live in a county that is progressive, neither prospective father had to adopt the twins. Instead, both were placed directly on the birth certificate, making them the legally recognized parents, something that doesn’t generally occur in other states.

A few years later, Sarah became a gestational carrier for the same couple, helping them bring into the world their third daughter, now a year old. The twins are four years old. Both families still keep in touch with one another.

But while Sarah’s story has a happy ending, the world of adoption, surrogacy and gestational carriers can be extremely complex and complicated, often hindered by outdated laws that have failed to keep up with both medical advances and with changing societal definitions of what constitutes a parent or a family.

Opponents of Maryland’s gestational carrier bill sought to deliberately sow confusion among their fellow delegates. They blurred the line between gestational surrogacy and other forms of collaborative reproduction, such as traditional surrogacy or egg donation. They concocted outlandish and unrealistic scenarios that portrayed the bill as a Pandora’s box that would unleash nightmare legal scenarios on the citizens of Maryland.

Still other members, mostly conservative Republicans, balked at the idea of abortion or selective reduction, which can happen when a gestational carrier is implanted with multiple eggs via in vitro fertilization.

“In fairness, this was the first year of a new term,” says Del. Kathleen Dumais (D-Montgomery Co.), the House sponsor of the gestational carrier bill. “We had a lot of new members for whom this was their first time hearing about the issues.” Dumais says she’ll try again next year, noting that former Attorney General Doug Gansler (D) had issued an opinion that is still valid and supports the legal framework of the bill introduced this past session. She will seek a similar opinion from current Attorney General Brian Frosh (D).

Dumais adds that almost any bill on family law would have been unlikely to move forward this session, as many bills were overshadowed by legislation dealing with issues of police accountability, particularly in light of the recent unrest in Baltimore following the death of an African-American man in police custody.

Dr. Michael Levy, of the Shady Grove Fertility Center, says some of the opposition that the gestational surrogacy bill ran into was ideological, based on opposition to any form of conception that occurs outside the marital bedroom.

“If you’re personally unaffected, you have an abstract view that is different from reality,” he says. Other opposition, he notes, comes from issues related to abortion rights and embryo rights, and opposition to “destroying embryos,” as many embryos are utilized in the process of in vitro fertilization.

Levy has talked with groups of gestational carriers incensed by opponents attempting to paint them as weak-willed, helpless victims who have been exploited or forced to use their bodies for someone else’s benefit. The majority of gestational carriers, he says, express positive feelings about their experience, with some opting to repeat as a carrier.

“It’s a ridiculous notion that I was exploited,” says Sarah Cowen. “I picked this couple as much as they picked me. Just like a pregnancy, it’s up to an individual woman what she should do with her own fertility. I chose it. I loved it. I’m an adventurous person, I suppose.

“It was so much more than just a pregnancy,” she continues. “To think I didn’t get any return from this is wrong. I got to experience helping create an entire family. It’s my greatest accomplishment, and I can’t imagine not having this as a part of my life story.”