Microsoft has a bold vision for rescuing its failing smartphone division 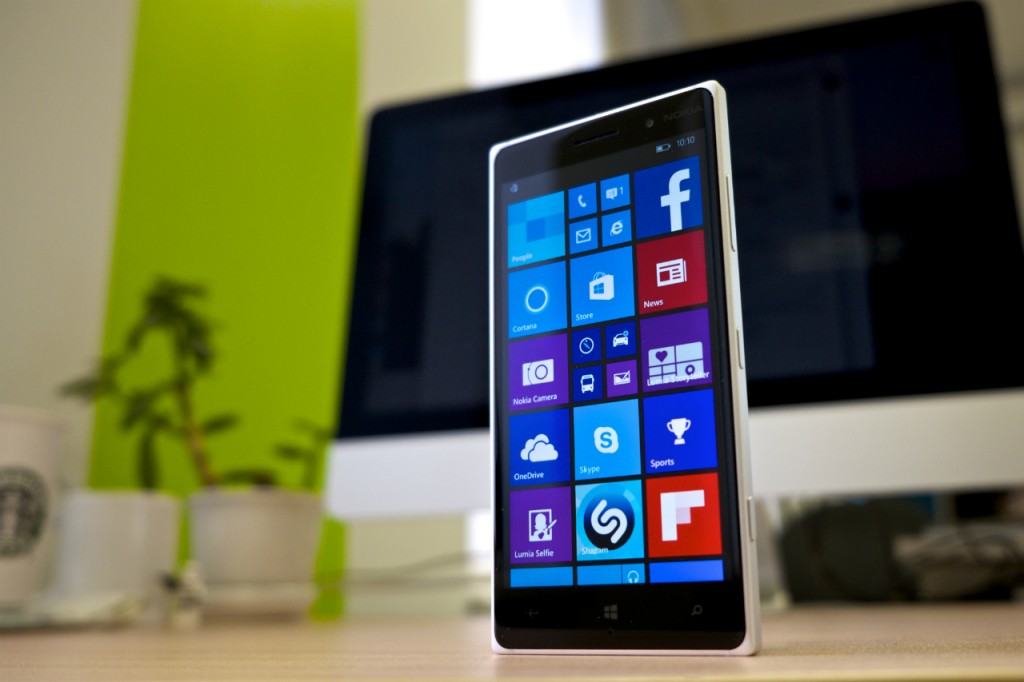 When Microsoft took to the stage at its annual BUILD developers conference, it made some bold announcements regarding Windows 10.

No, it wasn’t that Internet Explorer will be replaced by a leaner, smarter browser called Edge. It also wasn’t that Edge will have a logo bizarrely similar to IE. Nor was it the news that Windows 10 will drop support for Media Center, or that it’ll gain support for emoji — including a “flip the bird” option. It also wasn’t the announcement that Windows 10 would launch this summer, and it especially wasn’t the further glimpse we got of HoloLens, the company’s incredible vision of virtual reality, which brings Windows apps and services into a person’s real-life environment.

Instead, it was in one of Microsoft’s least successful product lines that they made perhaps the boldest announcements of the conference: smartphones. Yes, Windows Phone was once again awkwardly thrust into the limelight, as the Redmond-based company refuses to give up on its third-place mobile OS.

There’s no denying that Microsoft has a problem. Since buying Nokia’s handset division, it hasn’t seen a dramatic increase in sales of Windows Phone devices. There hasn’t even been a modest increase. In fact, last year sales of Windows Phones dropped — its tiny global market share of over three percent in 2013 slipped to just under three percent in 2014 according to IDC. Microsoft, Samsung, HTC and the few other Windows Phone manufacturers collectively shipped thirty-five million devices last year. In the final three months of the year alone, Apple sold seventy-five million iPhones. Android, naturally, eclipsed everything — in 2014, one billion devices running Google’s OS were shipped.

It hasn’t helped that Microsoft has left the platform to stagnate while it works on Windows 10. Its latest OS is designed to run on a multitude of devices, from laptops to tablets to desktops to smart devices and even Windows Phones. Microsoft’s smartphone lineup will be upgraded, letting them enjoy the same apps and services as users on their computers. Until that date — and estimates peg Windows 10 for phone’s (catchy name, no?) release this all — what possible reason could a consumer have to buy one now?

Microsoft has released a handful of devices since taking over Nokia’s Lumia smartphone line, but they’ve all been low-powered, low-budget devices. While great at enticing dumbphone users to try out a smartphone and for penetrating the low end of the market in developing nations, they’ve failed to capture the interest of media outlets or consumers. While Android dominates the low cost market, most people know it for its flagships. Samsung, HTC, Motorola and LG’s powerful, capable devices enjoy the lion’s share of reporting, and that word of mouth trickles down to budget buyers, who pick up their lower-cost models. 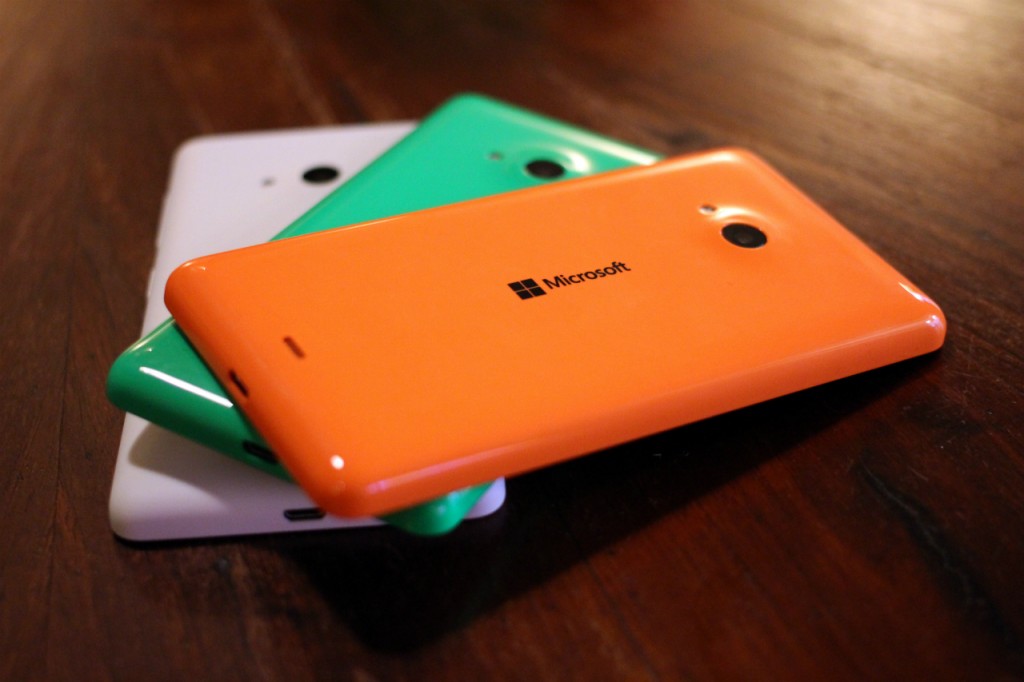 The same isn’t true of Microsoft. Arguably, there hasn’t been a true Windows Phone flagship since 2013. Consumers at the top end of the market have had little reason to consider Microsoft’s mobile efforts. Android and iOS are evolving faster than Microsoft, their devices are including features that Microsoft has yet to consider, and perhaps most crucially, their app catalogues obliterate Windows Phone’s. Even the most ardent fans couldn’t argue that Windows Phone has better apps than its rivals. It’s just not true. While many major options are present, there are a staggering number of omissions — too many, likely, for those accustomed to Windows Phone’s two biggest rivals.

So, what can Microsoft do to help? Well, when Windows 10 eventually reaches smartphones, Microsoft’s solution is simple: if developers refuse to put the time and effort into crafting unique apps for their platform, Microsoft will make it as easy as humanly possible to port their existing apps over. That’s right, Windows Phone will be getting Android and iOS apps almost verbatim — no extensive tweaking and retooling required.

In theory, it’s brilliant. Windows Phone users will get the apps they desire, Microsoft will no longer be forced to get creative when trying to advertize the apps available on the platform, and reticent developers can make their wares available without the expense and time required to build a new app from scratch.

What’s more, any functions that require Apple or Google services can be replicated through Windows — Cortana can replace Siri integration, Xbox Live can replace Google Play Games, maps will run through Bing Maps, and so on. The app itself will be a Windows 10 Universal App, which means it’ll run on any Windows 10 device (the clue is in the name). Candy Crush, it was revealed at BUILD, is an example of this: Microsoft worked with King to port their iOS app, and it works perfectly on Windows devices.

Of course, there’s nothing stopping lazy developers from porting their apps with zero changes at all — including tailoring the design to fit Windows’ parameters. This won’t be an issue for games, but apps that keep the navigation cues from Android or iOS without adjusting for Microsoft’s devices will offer a subpar user experience. There’s also the potential for some developers to simply not bother, regardless of how easy Microsoft makes it. Snapchat founder Evan Speigel is famously apathetic about Windows Phone. When a Windows Phone user tweeted him asking if they’d ever get to use his app on their smartphone, he responded, “Didn’t think anyone used those ;)” Hardly a ringing endorsement. 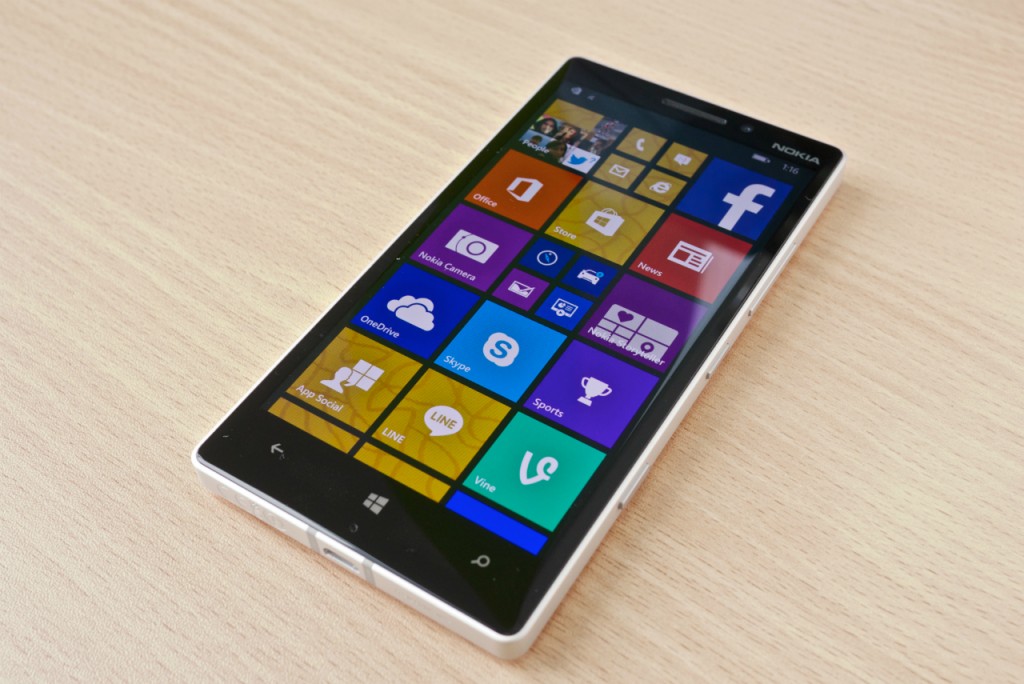 Still, while there are flaws in Microsoft’s plan, there’s a lot of smarts in admitting that demanding developers create an entirely new app for a struggling smartphone ecosystem was never going to work. Furthermore, it’s a much deeper integration than BlackBerry’s attempts to do the same with BB10. There, an Android runtime is contained within the OS, which allows Android apps to work, but without the same fluidity as native BB10 offerings. To BlackBerry’s credit, they’ve vastly improved and refined it, but the limitations are plentiful. Microsoft’s devices won’t be running Android or iOS apps, they’ll be running Windows apps, ported from the originals with some tweaking.

As if that wasn’t enough, Microsoft also expanded on another aspect of Windows 10 which will bring something truly unique to its smartphones: Continuum. 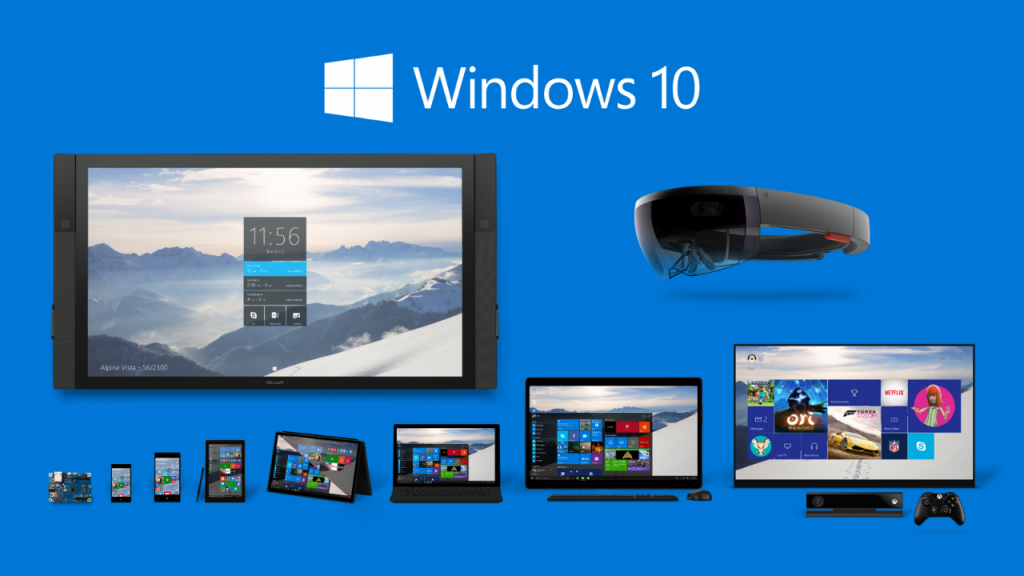 What’s Continuum, you ask? It’s a core part of Windows 10, which essentially gives the OS its ability to adapt to various screen sizes and input methods. If, while using a Surface Pro 3, you remove it from its keyboard cover, the OS will automatically adapt to being touch-focused, with larger elements and Microsoft’s touch-friendly apps. On phones, however, it’s something very different.

Buy a Windows 10 smartphone, plug it into an external monitor, and you won’t get a blown up version of your smartphone screen like many Android devices. Instead, you’ll get a full desktop. Yes, desktop — complete with Office apps. Connect a bluetooth keyboard and mouse to your smartphone, and you’ll be able to create and edit documents, browse media, surf the internet and use apps without needing a computer. It’s brilliant, really. For those who don’t require a full computer, or whose work is contained online, they need never own a desktop. Plug the phone into a monitor and get work done, then unplug and you’re back to using a smartphone. 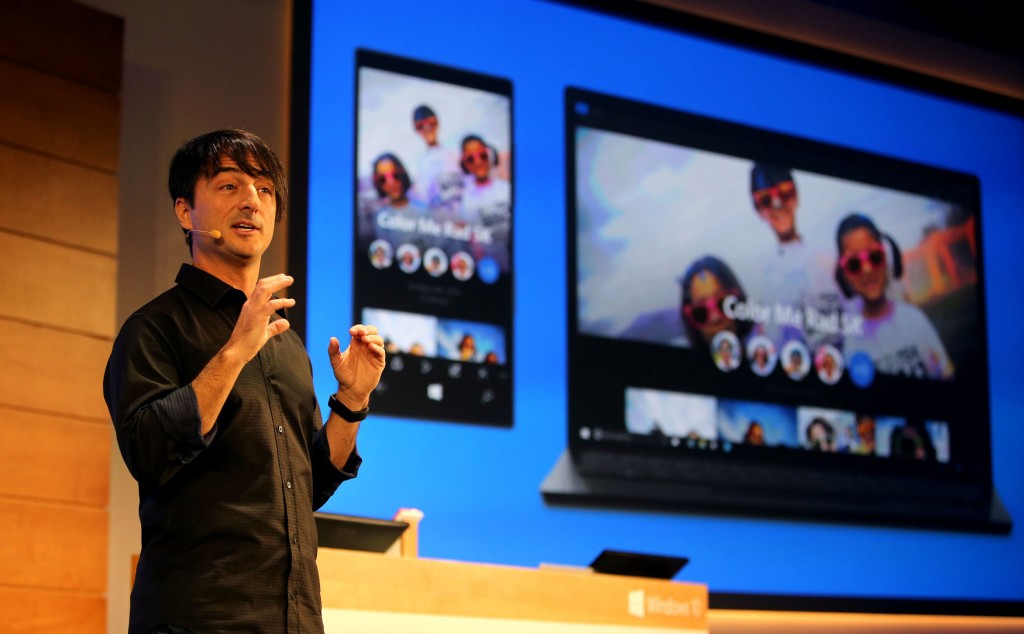 In essence, it’s a PC in your pocket, one that has all of your apps, data, as well as LTE and WiFi built-in. If Microsoft can successfully coax developers to port their apps over to Windows 10 Universal Apps, it opens up a wealth of possibilities. For those who don’t require a mass of computing power to get work done, a Windows Phone and an external monitor could be all they need.

Combined with the potential to finally solve the app disparity between Windows Phone and its rivals, Microsoft’s announcements are a bold declaration of support for its smartphone business. They still face an uphill battle, certainly, but Microsoft finally has something currently lacking from Windows Phones: a justifiable reason to consider one over Android and iOS.

Below is a gallery of the most prominent Windows Phone devices available.