Reviews: Jumpers for Goalposts, The Letters

Two tremendous, gay themed plays are lighting up the stages at Studio and MetroStage 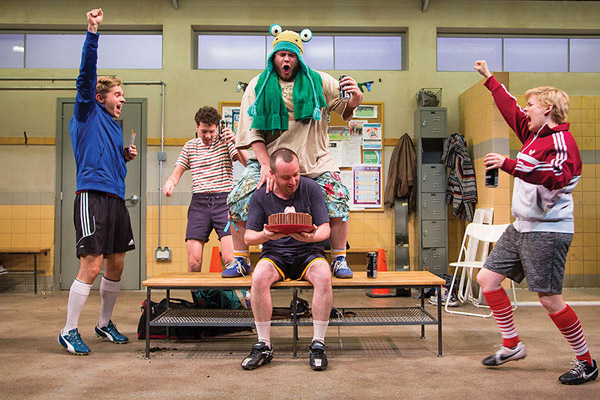 “There’s no shame in losing to lesbians,” Beardy Geoff says at the start of Jumpers for Goalposts (

). He’s trying to lighten the mood after his amateur LGBT soccer team, Barely Athletic, has lost yet another game, this time to the Lesbian Rovers.

There’s no shame in losing, period — so long as you play fairly and honestly, giving your best shot. That’s the life lesson Tom Wells imparts in his touching, tender play, now having its U.S. Premiere at Studio Theatre. The slice-of-life type of play is as winsome as they come, though it might not seem so at the outset. Everything is rather mundane, even drab, right down to the unpretentious setting — a no-frills locker room in a run-down British town.

The play pivots around the budding but tentative relationship between painfully awkward “nervous gay” Luke (a finely tuned Liam Forde) and the team’s practical-minded assistant coach Danny (Zdenko Martin). The relationship alone has the power to make — and break — the team, which is led by self-appointed coach Viv (Kimberly Gilbert, making her Studio debut), who is well-meaning but underperforms.

But it’s Jonathan Judge-Russo who becomes the one you root for as Beardy Geoff, a guitar-strumming gay bear who fumbles his way through attempts to better the lives of his teammates and friends. Beardy is more of a player off than on the field, and is even less of a singing musician — and yet he lets nothing, not even a barely mentioned traumatic experience in his past, stop him from playing anyway, missed goal after missed note. He’ll eventually get something right, he seems to reason. And lo and behold, eventually he does. 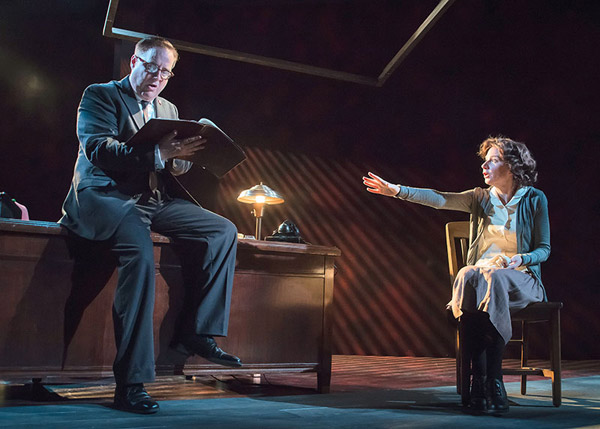 RUSSIAN LEADERS WOULD prefer you knew nothing, or at least very little, about homosexuality among its people — especially that of its most famous composer, Pyotr Ilyich Tchaikovsky.

That’s as true today as it was nearly a century ago, when the Soviets tried to censor the sexually frank letters Tchaikovsky wrote to his male lover. That reality serves as the context for John W. Lowell’s The Letters (

), a potent two-hander between a Soviet-appointed company man (Michael Russotto) and a female underling who values the arts and artistic freedom (Susan Lynskey). The play, now at MetroStage, doesn’t explicitly focus on Tchaikovsky — it doesn’t even once mention the composer by name. And that’s not just because it’s making a broader point: that the government, any government, should not have this much power and control over its people.

Lowell is simply using Tchaikovsky’s letters as a jumping-off point for two skilled actors to play a detective game of cat-and-mouse. The Director thinks he’s above the law and infallible, and has set a trap in which to ensnare Anna, in an attempt to get her to reveal the whereabouts of a copy of the titular letters illegally made by one of her colleagues. Unbeknownst to Anna, the Director knows this colleague is her lover. He knows a lot about her — too much — and assumes to know everything else. But Anna proves to be a better sparring partner than he bargained for during his relentless interrogation.

Lowell’s drama is captivating and skillfully written, packing a punch in just 75 minutes. That’s especially so in the masterful hands of Russotto and Lynskey under the taut, intimate direction of John Vreeke. The result is a theatergoer’s reward: the kind of sharply realized, powerfully intense stage show that you just can’t get anywhere but live theater. And even there, you don’t find it very often.