“The challenge of being a gay Republican is not being supported by the gay community. They don’t like the fact that you are Republican. That’s the ultimate betrayal — being a Republican.“ 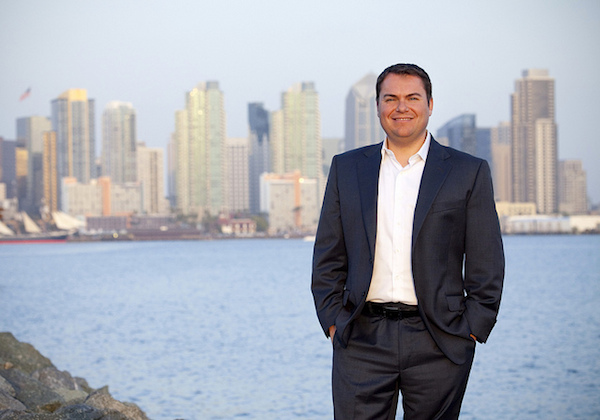 — Out gay former congressional candidate Carl DeMaio, reflecting on his campaign for Congress in 2014 in an interview with The Daily Beast.

The race between DeMaio and Congressman Scott Peters (D-Calif.) was one of the more hotly contested races that cycle, with Peters eventually pulling off a three-point margin of victory. DeMaio’s campaign was hindered when a former aide accused DeMaio of sexually harassing him. Last week, that aide, Todd Bosnich, admitted to manufacturing emails to support his claims against DeMaio and pleaded guilty to obstruction of justice. No charges were ever brought against DeMaio.

According to DeMaio, the Peters campaign deliberately used tactics to try and scare away conservative voters from not voting for a gay man, playing on old stereotypes of gays as sexual deviants. Peters denies that his campaign was involved in the allegations against DeMaio, noting that the allegations — both Bosnich’s and that of another staffer — came from two former Republican staffers and that police never said the allegations were false. Despite Bosnich’s guilty plea, there is still bad blood between the two politicians, who disagree on the extent to which Peters’ campaign was involved in making the accusations public. DeMaio says he has no plans to run against Peters again, saying, “I can understand why good people do not go into politics.”

But DeMaio did not just experience opposition from Democrats. Even before the allegations against him were made public, several socially conservative organizations like the National Organization for Marriage, the Family Research Council and CitizenLink actively opposed the election of DeMaio, openly gay Massachusetts congressional candidate Richard Tisei, and the pro-marriage equality Senate candidate Monica Wehby due to their stances on LGBT rights. DeMaio adds that he was not defended by the LGBT community because of his political beliefs. “If I were a gay Democrat and a Republican tried doing what Scott Peters did to me,” he said, “there would be rioting in the streets in the middle of the election. But it’s ok to do it to a Republican because, you know, we really don’t want you to break through that glass ceiling.”