Jurassic World makes for an honest, if exhausting, two hours of dino-on-dino action 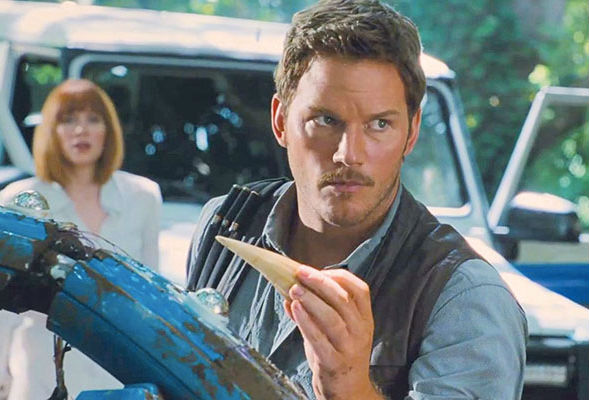 ) knows what it wants to be, knows what it should be, and knows what people want to see. The answer is obvious, really: dinosaurs! That doesn’t make the movie great — at best, director Colin Trevorrow captures a wink of a glimmer of Spielberg’s 1993 masterclass in awe and terror — though it does make for an honest, if somewhat exhausting, 125 minutes of dino-on-dino action.

The movie picks up two decades after the events of Jurassic Park, still on the island of Isla Nublar, where an actual, honest-to-goodness theme park has finally opened. The park, known as Jurassic World, is stuffed with amusements and attractions: a baby triceratops petting zoo, tyrannosaurus feedings, and safari rides in spinning “gyrosphere” vehicles. The kids today, though. They want more. The same 65-million-year-old miracles of science aren’t enough.

In other words: Jurassic World, like the other movies before it, is a story of scientific folly. A corporate entity creates life, attempts to profit from those bioengineered species, and ultimately fails to control the animals it created. Roar, roar, roar. Chomp, chomp, chomp. Life finds a way. Cue John Williams. The story has not changed. Trevorrow, who worked closely with Spielberg during production, seems to understand the formula well, which may explain why he embraces a surprisingly self-deprecating tone through the movie’s early acts.

Thankfully, and perhaps ironically, none of this stops Jurassic World from playing by the rules. Trevorrow can thumb his nose all he wants, so long as the cold-blooded main attractions still stomp and fight and kill. “These animals aren’t just numbers on a spreadsheet,” Pratt’s character says, in what may be the silliest line in a tremendously silly movie. “They’re alive.” Later, he rides on a motorcycle alongside a pack of trained velociraptors, sprinting into battle. You’re either into that, or you’re not. I certainly am.